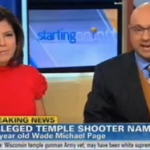 From Mediaite: Covering the tragic shooting at a Sikh temple, Mediaite is keeping up with the news cycle. Today, they report on CNN’s revelation of information on the suspect, Wade Michael Page. Writes the site, “Two officials have said that Page had served in the army, but then left. An official said he legally owned the gun allegedly used in the weekend’s mass shooting. As of this morning, seven people are dead, including the shooter, and investigators are looking to determine a possible motive, spending last night examining the suspect’s home. ‘And there is word,’ Ali Velshi added, ‘that he may have been a white supremacist.’ In addition, Page had a tattoo commemorating 9/11, ‘and some significance seems to be being made of this.'” Read the full story and watch the CNN segment here. 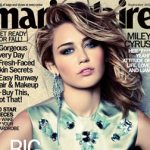 From Gossip Cop: Miley Cyrus is finally opening up about her engagement to Liam Hemsworth, and Gossip Cop is reporting on it. Writes the site, “In her first interview since getting engaged to Liam Hemsworth in June, Miley Cyrus says the actor’s at-home proposal was a ‘complete surprise.’ While the singer-actress had ‘no input’ on her 3.5-carat Neil Lane engagement ring, Cyrus tells Marie Claire she more than approves of the sparkler Hemsworth picked. ‘I just love that it’s old and has a story. And I’m happy because it doesn’t look like anything else I wear,’ she explains. Cyrus, who says she and The Hunger Games actor plan to have ‘a long engagement,’ opined to the magazine that ‘Life is too short not to be with the person you want to be with.'” Read more of her interview here. 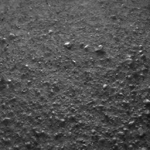 From Geekosystem: Keeping you up to date on the latest in science, technology, and outerspace, Geekosystem is reporting on the biggest news this weekend: NASA successfully landing the Curiosity rover on Mars early this morning. Writes the site, “[A] one-ton moving laboratory completed that included a detachable heat shield, supersonic parachute, rocket boosters, completed maneuvers that led to a sky crane lowering it to the surface. Just for a moment, let that all sink in. Now that it has landed, images are starting to trickle back from the distant planet. During the rover’s first two years, it will probe the Gale Crater region it landed in to see if Mars ever fostered ‘conditions favorable for microbial life.’  Read more and see the first image here. 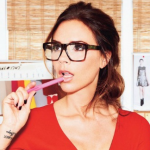 From Styleite: Looking for a new pair of glasses? How about some approved, or better yet designed, by Posh Spice herself? Reports Styleite, “If you’ve leafed through the September issue of US Glamour by now, you’ve already seen Victoria Beckham in all her bespectacled glory. But what you may not have know is that the frames she dons in the above shot are a part of the designer’s first ever prescription eyewear collection, due in stores in January and February 2013. WWD reports that Beckham has partnered with optical experts Cutler & Gross for a six-piece collection, which will include lightweight aviators and heavier, rectangular acetate styles, each of which will come in three colorways and feature a diamond-faceted ‘V.'” Read the full article here. 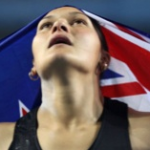 From SportsGrid: Continuing their coverage of the 2012 Olympic Games in London, Sportsgrid is reporting on one of the unfortunate mistakes made by New Zealand in the games, involving one of their athletes, Valerie Adams. Writes the site, Adams “is the best female shot putter in the world. The Kiwi won gold in Beijing, has placed in the last three World Championships, holds the second longest throw in the world this year and could become only the eighth athlete ever from New Zealand to win back-to-back gold. Someone, however, forgot to tell this to the New Zealand Olympic Committee. In one of the more royal screw-ups of these Olympics, the NZOC simply forgot to register Adams for her event.” Read more about New Zealand’s serious blunder and Valerie Adams here. 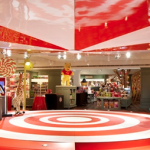 From The Mary Sue: As the times progress, and outdated gender norms change, there are many facets of life which could use an upgrade. Today, a toy store did just that: upgrade to a gender-neutral space. Reports The Mary Sue, “Harrods Department Store is a British institution that’s just as much a tourist spot as any other historical landmark in London. This past week they made history by opening their first gender-neutral toy department. It was designed by London and Singapore-based interior architects Shed and has been dubbed Toy Kingdom. Everything in Toy Kingdom is grouped by theme, not gender: enchanted forest, miniature toy world, a reading room, a circus area, and a candy store.” See pictures of the awesome store here. 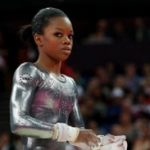 From The Jane Dough: With all the Abrams sites keeping you up-to-date on the Olympics, The Jane Dough chimes in with the amazing story of Gabby Douglas and the ridiculous media coverage of her hair. Writes Laura Donovan, “I’ve come to a rather sad conclusion in recent weeks: High school never really ends. You want to know why? Because people still find it perfectly acceptable to attack others for the way they look. More specifically, adults take pleasure in laughing at the expense of 16-year-old Olympic champion Gabby Douglas. She’s at the age where this kind of harassment is often expected from low-life peers, but she agrees it was ridiculous for others to focus on her hair after she landed her second gold medal in three days… ‘I’m like, ‘I just made history and people are focused on my hair?’ It can be bald or short, it doesn’t matter about [my] hair,'” says Douglas. Read the full story here. 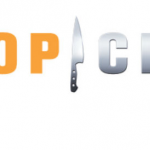 From The Braiser: What are the latest Top Chef rumors? The Braiser’s got you covered. Writes the site, “Despite Padma’s incessant shushing, the rumor mill has all but confirmed that Top Chef Season 10′s host city will be Seattle, WA, although crews have also been spotted in Portland, OR, leading to speculation that perhaps they’re simply sticking with a Pacific Northwest theme, like they did last season visiting multiple location in Texas, instead of choosing a single-city home base. Now, Twitter is abuzz with sightings of Padma Lakshmi, Top Colicchio, and Hugh Acheson in and around Juneau, which, we’re surmising, means the finale is shooting right now in Alaska. Hugh coolly replied that he was ‘just here sightseeing.’ Uh huh. Smooth, Uni-brow.” Read more about the show’s tenth season here.