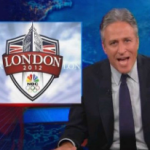 From Mediaite: The Olympics are another example of America’s ethnocentric view of the world, according to Jon Stewart. Reports Mediaite, last night The Daily Show host “viciously mocked NBC for its decision to edit out of Friday night’s Olympic opening ceremony dance tribute to the victims of the 2005 London terror attacks. Stewart praised the opening ceremony as ‘Very moving, except, of course, for the American audience,’ and then cut to a news report mentioning that NBC edited out the dance tribute and instead aired a Ryan Seacrest interview with Olympic swimmer Michael Phelps… ‘Sometimes we Americans can be so arrogant, not understanding how we might appear to an global audience… You are a guest at a dinner party that already started five minutes ago. Nod your [bleep] head and say it is delicious that is all you have to do.’” Read more of Stewart’s opinion and watch the segment here. 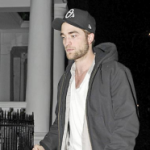 From Gossip Cop: The Robert Pattinson rumors keep coming following Kristen Stewart’s infidelity, and Gossip Cop continues to be here to debunk them. Today, the site examines the claim that Pattinson was out partying in London over the weekend following the break-up. Writes Gossip Cop, HollywoodLife, a webloid that has been “consistently wrong in its ‘reporting’ about Pattinson in the wake of news about Kristen Stewart’s indiscretion with Rupert Sanders, now claims the actor enjoyed a night out with pals at 93 Feet East… while we certainly hope Pattinson is in good spirits wherever he is, there’s no evidence he’s actually in London — let alone any reason to believe he was at 93 Feet East on Saturday. A source connected to the club tells Gossip Cop that ‘no one’ there can confirm Pattinson was at the venue over the weekend.” Read their continuing coverage of the situation here. 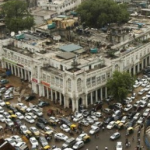 From Geekosystem: India has been experiencing some devastating power outages in the middle of monsoon season. Reports Geekosystem, yesterday, the largest blackout in the country since 2001 “left over 300 million people without power due to a grid failure. The blackout grew to affect roughly 700 million people today, making it the largest in modern history in terms of people affected.  Horror stories are being reported from across Northern India, where the blackout is focused, about traffic lights suddenly failing and fans and airconditioning units shutting off in 89% humidity. In West Bengal, hundreds of miners were trapped underground when their electric lifts failed. Operations across the country were cancelled and the backup generators at a number of hospitals have failed due to prolonged use.” The situation is grim, and could lead to riots and protests, especially in urban areas. Read more about the outage here. 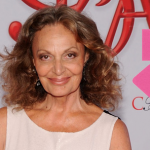 From Styleite: August may be around the corner (it starts tomorrow!), and summer may be winding down, but it’s never too late for some summer style. And fashionistas are in luck, as two power brands are teaming up to create a swimwear collection Styleite is pretty excited about. Reports the site, “Surf’s up! We’ll admit we haven’t given Roxy much thought since our high school years, but we’re ready to dive back in after hearing news of their latest collaboration with none other than Diane von Furstenberg. The 35-piece collection, called ‘DVF loves Roxy’ will retail from $38-$88, reports WWD and will include swimwear, boardshorts, rash guards, cover ups, and bags in which to tote all of your beach supplies. All, of course, in DVF’s signature prints.” Read more about their plans here. 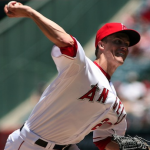 From SportsGrid: Since many sports fans have been solely focused on the Olympics, it’s easy to forget that today’s an important one in the world of Major League Baseball. 4pm marks the trade deadline for the league. SportsGrid’s Evan Sporer has started a livetracker to keep tabs on all the trades. So far today?  Hunter Pence was traded to the San Francisco Giants for minor league catcher and first baseman Tommy Joseph. Shane Victorino was traded from the Phillies to the Los Angeles Dodgers for pitchers Josh Lindblom and Ethan Martin. Ryan Dempster has also reportedly been traded to the Dodgers. Prior to today, there were several trades including the highly-publicized trade of Mariners’ Ichiro Suzuki to the New York Yankees while the Yankees were playing the Mariners in Seattle. Check out the list, which is being constantly updated, here. 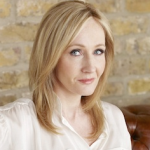 From The Mary Sue: Happy Birthday, J.K. Rowling and Harry Potter! How is Rowling celebrating? By introducing a new venture — a book club for kids. Reports The Mary Sue, the author has “announced a Harry Potter Reading Club hosted by Scholastic, which will culminate in a live webcast with the author at noon on Thursday, October 11th, 2012 that will allow kids to ask her questions, the first event of its kind since 2007… According to Scholastic, the Harry Potter Reading Club will provide educators, librarians, after school program coordinators and parents the tools they need to add a little magic to the lives of this generation of children: ‘The first 10,000 registrants for the Club will receive a welcome kit including bookmarks, stickers and nametags.'” So grab a copy of the books and join the club! Read more about the exciting news here. 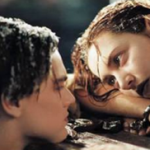 From The Jane Dough: Sorry, romantics. It looks like Titanic was an exception to the rule. In shipwrecks, a new study shows men are more likely to save themselves than women or children. Writes The Jane Dough, “In a report that undermines one of the last assumed aquatic advantages we had over men, researchers found that while the old ‘women and children first’ mantra is famous, it’s rarely executed in real life, according to the Boston Herald. The report examined 18 different ship wrecks since the 1850s and found these to be the average survival rates for passengers:”  61 percent of crew members, 44 percent of captains (“yes, ‘go down with the ship’ is also out the window now,” quips TJD), 37 percent for male passengers, 27 percent for women, and 15 percent for children. Read more about the findings here. 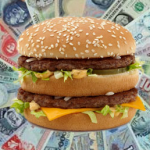 From The Braiser: Did you know you can discern the state of the world’s economy based on a hamburger? Well, you can. Reports The Braiser, “Every year, the cheeky Brits over at The Economist compile their yearly Big Mac Index, an informal exercise where they rate the world’s currencies by how much it would cost to purchase a Big Mac from McDonald’s in major countries. This, they reason, is a fantastically silly way to illustrate the power of exchange rates. For instance, a Big Mac in America, which costs $4.33, would cost $2.33 (75 roubles) in Russia… This year, however, they use the Big Mac Index to illustrate that the global money market sucks. Measuring the Big Mac’s value against its cost back in July 2007, when global money markets first started showing signs of trouble, the Index shows how currency in different countries has either wildly inflated, or dramatically devalued, over the past five years.” See which countries fared well and fared poorly here.