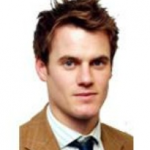 From Mediaite: This year’s Olympic games began this weekend, and their title as the first social media games is proving to have consequences. First, a Greek athlete was expelled from the team for her tweets, and now a British journalist, The Independent‘s Guy Adams, has had his Twitter profile suspended after having sent out numerous Tweets regarding NBC’s coverage of the Olympic games. Reports Mediaite, “The official reason for his suspension, per an email from Twitter, was that Adams had posted ‘an individual’s private information such as private email address, physical address, telephone number, or financial documents.’ The information in question appears to be an email address belonging to Gary Zenkel, president of NBC Olympics… According to Mashable, however, Adams insists that the email address is a corporate, not a personal one, and as such should not be considered ‘private information.'” Read more, including his response to the allegation, and see the original tweet here. 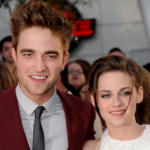 From Gossip Cop: The site continues of their coverage of the Kristen Stewart / Robert Pattinson / Rupert Sanders cheating fallout, keeping track of the true and the false in the publicized saga. Today Gossip Cop reports the claim that Kristen Stewart has been officially asked to leave the home she shared with boyfriend Robert Pattinson following her infidelity. Writes the site, “Kristen Stewart has reportedly left the Los Angeles home she shared with Robert Pattinson… On Saturday morning, a moving truck was spotted removing belongings from the house… As Gossip Cop previously reported, Pattinson initially left the house when Stewart admitted to the tryst with her married Snow White and the Huntsman director. After Stewart is fully moved out, Pattinson will presumably return to the three-bedroom house, which he owns.” Read the story and more here. 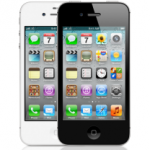 From Geekosystem:  Another day, another Apple rumor. This time, it concerns the release date of the highly-anticipated iPhone 5. Reports Geekosystem, “Apple blog iMore is reporting that Apple will be holding an event on September 12 of this year to announce theiPhone 5, iPad Mini, and a new iPod Nano. They’re also reporting that the iPhone 5 will be released on September 21, only nine days after the September 12 reveal, though they’re unsure of when the iPad Mini and new iPod Nano will be released. Like most reports, iMore is citing ‘sources who have proven accurate in the past,’ so one can only take these reports with a grain of salt. iMore notes that, last week, blog App4Phone reported the September 21 release date, citing Chinese manufacturing sources.” Read more about the rumors here. 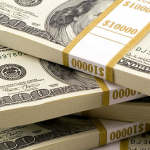 From Styleite: Women have come a long way in the workforce, but still have a long way to go, even in fields like fashion. Reports Styleite, “A whopping 67 fashion executives earned more than $5 million in 2011, but only six of them were female. And the top female earned around $40 million less than the top male. WWD analyzed publicly traded companies like J.C. Penney Co. Inc., Coach Inc., and Kohl’s Corp., and rounded up a list of the top earning execs. While $5 million is already a lot of money, the number doesn’t include stocks and options…  Only six [females] made the list, and the highest paid female is Ralph Lauren executive vice president Jackwyn Nemerov, earning a little over $12 million in 2011.” Read more facts and share your thoughts about gender in the workplace here. 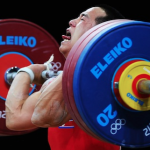 From SportsGrid: There are moments that define the Olympics, including upsets, record-breaking, and athletes saying ridiculous things. All three of these happened yesterday with one event. Reports Sportsgrid, “North Korean weightlifter Om Yun Chol, who stands just under 5-feet tall and weighs 123 pounds, cleaned and jerked three-times his bodyweight on Sunday, setting an Olympic record of 168kg (370.4 lb.) in the process. But don’t give him the credit: it was all due to the ghost of the Dear Leader. ‘How can any man possibly lift 168kg? I believe the great Kim Jong Il looked over me,” Om was quoted as saying by the Olympic News Service.’ What modesty. What a TRUE OLYMPIAN.” Read more about the occurrence here. 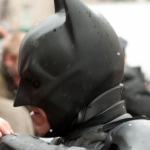 From The Mary Sue: A week after the release of the highly-anticipated The Dark Knight Rises premiere and the tragic Aurora, Colorado shooting, the movie has grossed over $500 million worldwide. Reports The Mary Sue on its income, “The film’s gross box office dropped a hefty 60% in its second weekend, bringing in about $64.1 million domestically. It’s a dent, sure, but it’s nowhere near as bad of a blow as many were predicting given everything that’s surrounded the release of this film–the biggest and most notable of course being the horrific news of the shooting, but on top of that the film’s also got the Olympics to compete with, not to mention just a general decline in box office attendance. Still, The Dark Knight Rises has managed to rank a spot as the third fastest to reach $300 million, nestled comfortably behind only The Dark Knight and The Avengers. The film even jumped up by 42% from Friday to Saturday, after the Olympics opening ceremony aired and people weren’t glued to their couches quite as heavily. Worldwide, the film’s grossed $540 million worldwide so far.” Read more about its success here. 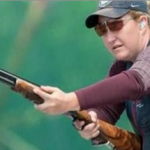 From The Jane Dough: There are some pretty awesome women in the Olympics, but Kimberly Rhode may currently top that list. This is her fifth Olympics; her first was in Atlanta in 1996, where she took home a bronze as a mere teenager. But what did this time around bring for her? Reports The Jane Dough, “Winning an Olympic medal is impressive. Winning five Olympic medals is extremely impressive. But winning five Olympic medals in five consecutive Olympics? Well, that’s unheard of among U.S. athletes — at least until now. Kimberly Rhode, an American female skeet shooter became the first U.S. athlete (male or female) to win an individual-sport medal in five consecutive Olympic games, according to the AP. On top of that, Rhode set an Olympic record yesterday, with her gold-medal performance. Her score? Ninety-nine points.” Read more about Rhode and watch NBC interview her here. 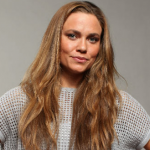 From The Braiser: Veteran Olympic swimmer Natalie Coughlin is inspiring the foodie in us all. The Braiser reports on her healthy and organic lifestyle: “We love reading about Olympians’ insane 5500 calories-a-day diets as much as the next blog, but it’s also super cool to hear about Olympians’ foodie habits, too! Eleven-time Olympic medalist Natalie Coughlin competed again this summer, aiding her team in the prelims of the 4×100-meter freestyle relay, which lead to a Silver Medal in the finals, and the swimming vet has developed some Braiser-approved methods of keeping her body in peak competing condition. Namely, amidst her rigorous training schedule, she finds time to garden her own veggies and raise her own chickens!” Read more about her habits here.