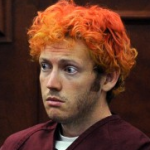 From Mediaite: Continuing their coverage of the tragic Colorado shooting late last week, Mediaite reports on a new piece of evidence found – gunman James Holmes’ notebook. Writes Mediaite, ” Police have learned that James Holmes sent a notebook to a psychiatrist at the University of Colorado before last week’s shooting in Aurora. One law enforcement official close to the investigation told Fox News that the notebook, which they found on Monday, was ‘full of details about how he was going to kill people.’ The source claims that the notebook was sitting in the mailroom for almost two weeks, and there were some rather graphic images found inside… The FBI is currently holding on to the notebook. The agency is not commenting on the new evidence, due to a gag order issued by a county district judge on Monday.” Read more details about the notebook here. 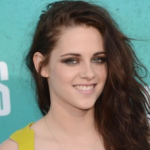 From Gossip Cop: Breaking news today regarding Twilight stars Kristen Stewart and her long-time boyfriend Robert Pattinson. Stewart was caught cheating on him red-handed. Now, she’s responding to the allegation. Reports Gossip Cop, “Kristen Stewart has issued a statement apologizing for cheating on Robert Pattinsonwith Rupert Sanders, her married Snow White and the Huntsman director…. Stewart ends by saying, ‘I love him, I love him, I’m so sorry.’ Late Tuesday, Gossip Cop reported the bombshell story that something happened between Stewart and Sanders, with a source telling us that Stewart had ‘made a mistake’ and ‘feels awful.’ The news of Stewart’s indiscretion came to light when Us Weekly published photos of  the actress kissing Sanders.” Read Stewart’s statement here and director Sanders’ apology here. 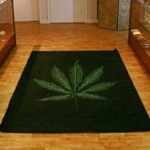 From Geekosystem: Los Angeles, a longtime supporter of medicinal marijuana, has enacted a ban yesterday that changes their stance a bit. Reports Geekosystem, “Yesterday, the Los Angeles City Council voted unanimously to enact a citywide ban on medical cannabis dispensaries. The council’s vote was tallied 14 – 0 in favor of the ban. In roughly 30 days, Los Angeles’ 762 legally registered dispensaries will receive an order to shut their doors to patients… Since California Senate Bill 420 was signed into law in 2003, the state has been home to thousands of cannabis dispensaries and care facilities. These facilities must adhere to strict guidelines in order to stay open… This ban was proposed after a number of futile efforts to control the rising number of dispensaries operating without a license or disobeying state laws… Yesterday’s ban, however, targets not only the lawbreaking dispensaries but also those following the rules.” Read more about the action here. 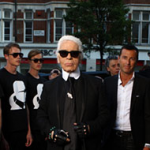 From Styleite: As London is amping up for the Olympics, starting this Friday, Karl Lagerfeld is taking over the town. Reports Styleite, he “feted his Karl Lagerfeld Paris Man, Karl, and Olympic-themed collections inside Selfridges with the likes of Daphne Guinness, Poppy Delevingne, and Tallulah Harlech. Lagerfeld was two hours late to his own party, causing everyone to wait around until 9:00 p.m. But it was all worth it. The third floor was transformed into a monochromatic space dotted with racks of Lagerfeld’s new Olympic merch, which includes collars in gold, silver, and bronze shades. Lagerfeld chatted with Grazia and Elle (those lucky ducks!), and of course, the interviews are awesome.” Read more of his city antics, as well as what he has to say about Kate Middleton, here. 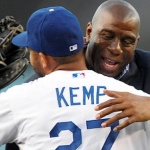 From SportsGrid: The 2012 Major League Baseball season has brought many surprises from the league’s teams. One story worth telling: the 2012 Los Angeles Dodgers. Reports Sportsgrid, “When a group led up by Magic Johnson purchased the Los Angeles Dodgers back in March,each Dodger player received two No. 32 Lakers jerseys signed by the former Lakers point guard. One of the jerseys had a personalized message for each player, while the second was to be donated to a charity of the player’s choice. Since then, Johnson and the Dodgers’ new ownership group has continued its giving, and has restored faith in the franchise. It was only a year ago the situation surrounding the Dodgers could be described as tumultuous at best… But the fans deserved better. With pieces like Clayton Kershaw, Andre Ethier, and Matt Kemp, the team had the potential to be good.” Read more of their story here. 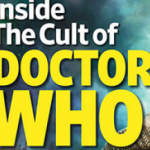 From The Mary Sue: Entertainment Weekly is branching out, featuring their first-ever British show on the cover of this week’s publication. The show of choice? Dr. Who. Reports The Mary Sue, ” It could be said that the U.S. is going through a sort of Anglomania at the moment with its entertainment. Sherlock, Downton Abbey, Doctor Who; mention one or all three of these U.K. shows while gathered around the proverbial water cooler and you’re bound to get at least one shout of ‘I LOVE THAT SHOW!’ Call it the power of Netflix, call it people getting tired of American TV, call it whatever you like: Bowties are cool, and now a lot more people know it. If that means even more publications getting us scoop on the upcoming seventh season, we’re game.” See the cover and read more here. 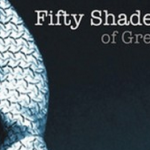 From The Jane Dough: It’s official. ‘Fifty Shades of Grey’ is everywhere. Literally, everywhere. It’s latest location? Replacing your hotel Bible. Reports The Jane Dough, “The Damson Dene Hotel in England is breaking away from the tradition of placing Bibles in room nightstands and instead sticking copies of E.L. James’s wildly popular book in the drawers. But don’t conclude this is an attack on religion or some sex worship of some sort. Hotel owner Jonathan Denby, who purchased the hotel from Methodists ten years ago, has been thinking about replacing the Bibles for a while. He actually first considered putting in political pick, ‘Atlas Shrugged’… Luckily, the place is keeping Bibles in stock in case customers express a desire to have that instead…or both. That’s the beauty of life: You can be a fan of the “Fifty Shades” trilogy and scripture!” Read the full article here. 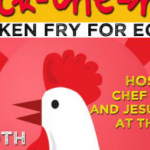 From The Braiser: The Chick-Fil-A controversy continues after their announcement of their anti-gay sentiment. After Boston stood up against the restaurant chain, the city of Chicago is following suit. Reports The Braiser, “[T]he city hopes to prevent the chain from opening up a location in its Logan Square neighborhood, and a certain Chicago chef has decided to replace the restaurant’s “poison” with kindness. Chicago’s decision is spearheaded by city Alderman Proco “Joe” Morenowho plans to deny the company’s building permit. Despite Chick-fil-A’s assurance that they do not discriminate against any of their customers, Moreno cited their ‘ignorance’ and ‘bigoted, homophobic comments’ as the primary reason to deny them a permit. Chicago mayor Rahm Emanuel has stood behind Moreno’s decision saying ‘Chick-fil-A values are not Chicago values.'” Read the full story, including Art Smith’s efforts, here.