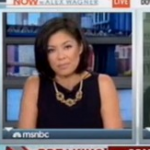 From Mediaite: Today, tragedy struck New York City and the summer of gun violence continued as a shooting occured at the Empire State building. MSNBC was quick to follow up with gun control coverage. Reports Mediaite, “In a nearly identical segment to the one that followed the mass shooting in Aurora, Colorado in July following the Dark Knight massacre, MSNBC’s Now guests and host (who made no secret of her desire to dispose of the Second Amendment) set right about politicizing Friday’s shooting at the Empire State Building.Dan Gross, president of the pro-gun control group Brady Campaign, told Wagner that he believes the American people will come together to say ‘we are better than this.’ That phrase, coincidentally, is also the name of a national effort by the Brady Campaign to strengthen national gun control laws.” Read more about the segment here. 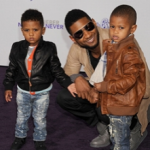 From Gossip Cop: The battle is over for Usher, who was awarded primary custody of his two children with ex-wife Tameka Foster today. GossipCop reports that the former couple “had been warring for months over the custody of their two little boys, but the judge ultimately sided with Usher, according to TMZ. Foster will still retain some custodial rights, but the kids will live mainly with their father. During their bitter court fight, Foster alleged that Usher was an absentee father and even used drugs in front of their children, while Usher claimed Tameka was irresponsible and once attacked him and spit on his then-girlfriend.” Read more about the case here. 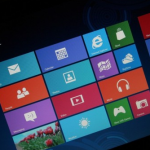 From Geekosystem: As the release of Microsoft 8 approaches, Geekosystem is keeping you abreast of the latest news about the software. Today, another disappointment. Writes the site, “The closer we get to the October 26 release date of Windows 8, the more disappointing news about the new operating system we receive. We’ve learned that Windows 8 forces you into the tablet-style UI and doesn’t boot straight to desktop, and that the operating system requiresusers to enter a product key to install it, something previous versions of the operating system didn’t force users to do. Now, developer Nadim Kobeissi has found that Windows 8 tells Microsoft about everything you install, and doesn’t even do it too securely.” Find out what Kobeissi has to say about it here. 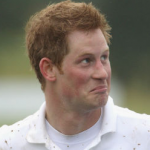 From Styleite: The naked Prince Harry pictures, taken while he was having a good ol’ time in Vegas, have made their way around the internet. But now a famous publication wants a piece of the action. Reports Styleite, “Playgirl wants to offer the prince a pretty penny to strip down for a proper photoshoot. This was inevitable. Playgirl publisher Vincent Stevens spoke with E! News about this very important subject. Of course, he acknowledges the impossibility of the situation: ‘There’s no way in the world that he would ever consider this but you’re talking about numbers in the six figures right off the bat’… Stevens also explains why Harry would be the perfect piece of eye candy: ‘He’s a wild party guy. He’s appealing to a lot of people because, although he’s from the royal family, there’s sort of this untamed nature to him.'” Read the whole article here. 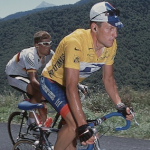 From SportsGrid: It has been announced that Lance Armstrong is being stripped of his seven Tour de France titles among doping allegations. Today, Sportsgrid’s Evan Sporer weighs in on the controversial situation. He writes, “Last night, I found myself at a loss. Lance Armstrong, the most decorated cyclist in the sport’s history, and one of the most dominant athletes in the history of all sports, was stripped of his seven Tour de France titles. How Lance Armstrong’s athletic legacy would be looked upon seemed irrelevant to me. There was a much bigger, far more important question on the table. How would millions of cancer patients who drew hope from Lance Armstrong be affected?” Read more of what Evan has to say here. 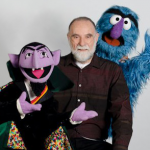 From The Mary Sue: A sad loss in the world today with the passing of Jerry Nelson, veteran of beloved shows like Sesame Street and Fraggle Rock. Writes The Mary Sue, “You might not recognize Jerry Nelson‘s name, but you’re probably more familiar with Sesame Street’s the Count, Amazing Mumford and Snuffalupagus, or Statler (half of the heckling duo of Statler and Waldorf), Floyd Pepper (the mustachioed guitar player in the Muppet Show house band), Lew Zealand (that guy who chucks fish), Gobo Fraggle, Robin the Frog, or maybe even Emmet Otter. Though he may never have had roles as iconic to the Muppets as some of his colleagues, his long, long history with the group touches almost everything they’ve ever done. He passed away yesterday after a long period of declining health, at the age of seventy-eight.” See more of his work here. 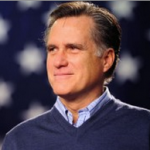 From The Jane Dough: The Mitt Romney fallout over Vice Presidential pick Paul Ryan continues, with a new study being released today that shows he would have fared better with a different running mate. Namely one that’s a lady. Reports The Jane Dough,”Market research company, Affinnova, Inc conducted a survey and revealed that both Barack Obama and Romney were more popular among swing voters with a strong female VP — Secretary of State Hillary Clinton for the current president and Condoleezza Rice for Romney. The Romney-Rice ticket was more favorable among these folks than the Romney-Ryan ticket, which is what we have in reality. Hillary Clinton also performed almost as well as Joe Biden in all ticket combinations, according to Herald Online. We could have told you all that.” Read more here. 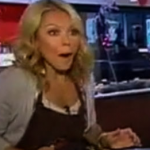 From The Braiser: Kelly Ripa got quite the treat from Chef Jacques Torres today on Live With Kelly: a chocolate spanker. Reports The Braiser, “Kelly visited Torres’ chocolate wonderland and learn the art of making his famous chocolate hearts… She decorated by sprinkling them with her kids’ favorite nuts and candies as they set for a finished plate of snack-encrusted chocolate treats. The crushed cheerio option got a ‘Shut up!’ out of the daytime hostess herself.Later, the day of chocolatiering took a sexy turn as Jacques presented Kelly with her very own dual-purpose chocolate lollipop. On the treat side was written ‘Love,’ but when you flipped it over, it read ‘Spanker’ in curly lettering; Jacques seemed to be a fan of the spanking mechanism. ” Watch the video and read more here.