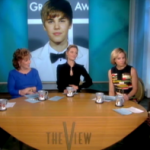 Mediaite has a clip from “The View” that features the ladies discussing Justin Bieber’s recent Rolling Stone interview, in which he offered his insights on U.S. politics and abortion rights. Sure, makes sense. Elisabeth Hasselbeck took Bieber’s side, but Joy Behar offered the following zinger: “if I want to hear about abortion from an adolescent or health issues, I’ll turn on Glenn Beck.” YA BURNT! See it here.

Hey now! Geekosystem reports that Facebook has expanded its options for listing one’s relationship status to include civil unions and domestic partnerships. This comes on the heels of Hawaii’s new same-sex civil union law, which was passed by the legislature this week. Hats off to the site for supporting the diversity of its members’ relationships. To read the full post, click here. 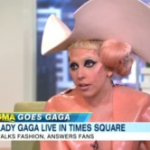 On Styleite: Lady Gaga dropped by “Good Morning America” to promote her line of MAC lipstick, as well as AIDS awareness and (in line with her new single) the importance of self-love. Never one to do things half way, she dressed to match the new lip color in some kind of…latex suit. To watch the clip, click here.

Sportsgrid has a story of a high school wrestling match that was forfeited because a student didn’t want to wrestle a girl. Joel Northrup, who is something of a star on the circuit, withdrew from the match because he didn’t believe it would be right to wrestle with Cassy Herkelman, the first girl to qualify for the state tournament. While the impulse toward chivalry is admirable, it’s hard not to sympathize with the girl who worked to qualify for the state tournament only to have her peers refuse to compete against her. Get the full post here. 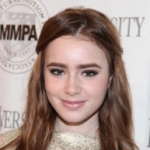 On Gossip Cop today: Taylor Lautner continues his streak of dating older ladies with his latest girlfriend, Lily Collins, who is 21 to his 19. The National Enquirer claims they are secretly engaged, but even if sources close to Collins hadn’t denied it, we’d have a pretty tough time believing that a 19-year-old male movie star is desperate to get married. It’s 2011, everyone! To read the full post, click here.