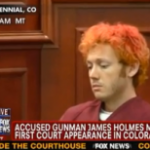 From Mediaite: Continuing covering of the tragic Colorado movie theater shooting late last week, Mediaite reports on the first of the court proceedings. James Egan Holmes, the suspected gunman , made his first public appearance on Monday morning in a Centennial, Colorado courthouse. Writes Mediaite, “The 24-year-old, seated beside public defender Tamara Bradley, was dressed in a prison-issued red jumpsuit. His hair was dyed orange, as described by authorities following his arrest. The young man, who has been kept in solitary confinement, went through a number of facial expressions, widening and lowering or shutting his eyes at different intervals throughout his appearance. At times he appeared drowsy or ‘out of it,’ seemingly having trouble keeping his eyes open. Judge William Sylvester announced that that the suspect will be formally charged next Monday, July 30th, demanding Holmes be kept on a no bond hold with a protection order barring him from contacting or harassing victims.” Read the full story here. 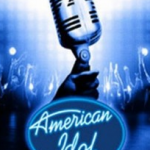 From Gossip Cop: The rumors are confirmed: Mariah Carey will be the newest judge, joining American Idol in its twelfth season, filling one of the seats vacated by Jennifer Lopez and Steven Tyler. Reports Gossip Cop, “The ‘Fantasy’ singer said in a statement, ‘As a singer, songwriter and producer, it’s going to be fun and rewarding to help find new talent and give back with ‘American Idol.’ As Gossip Cop previously reported, Carey’s deal is said to be worth $17 million.” The judges aren’t the only thing changing though – the auditions are as well. Reports Gossip Cop, “It was announced on Monday that there will be new ways to try out for ‘Idol,’ including — for the first time ever — online. The show will also have its first-ever ‘Small Town Audition Bus Tour,’ which will visit 10 towns across the country, where fans who missed out on the usual big-city auditions can still have a chance to compete.” Read the respective stories about Idol here and here. 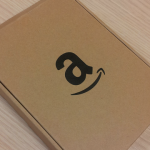 From Geekosystem: Is Amazon.com going to produce its own Kindles? It seems likely. But is it a good idea? Reports Geekosystem, ” There is no doubt in anyone’s mind that after the stupendously successful launch of the Kindle Fire last year — and the amazing surge in tablet use that followed — that Amazon will be trotting out new hardware soon. In fact, some reporters have even touched prototype devices. However, the number of new devices has just doubled from previous reports. This could be a big year for Amazon… Reuters reports that five or six models will be coming down the pike soon, and ‘The tablets will be different sizes, including a 10-inch model, Parneros said. Amazon spokespeople declined to comment on the company’s plans.’ The inclusion of a 10-inch model is significant, since this would take aim at Apple’s iPad, the juggernaut of the tablet world.” Read more of Geekosystem’s opinion here. 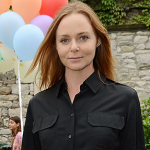 From Styleite: There has been a lot of controversy surrounding the U.S. Olympic Opening Ceremony uniforms. In less controversial uniform news, Styleite is reporting on the uniforms Stella McCartney designed for the United Kingdom. Writes Styleite, “While Ralph Lauren and Giorgio Armani are designing their respective country’s uniforms for the Olympics’ Opening Ceremony, McCartney is the first fashion designer to create the actual competition gear. McCartney has been collaborating with Adidas for several years, so she presumably has a one-up on other designers when it comes to creating activewear. When she was asked the design all the uniforms for the UK team, she didn’t go to into the archives for inspiration or something of that nature. Instead, McCartney went straight to the athletes for pointers. They told her what kind of uniforms they wanted, and she set out to make functional, practical, and fashionable uniforms.” See photos of the uniforms and read what McCartney had to say about them here. 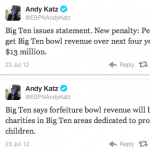 From SportsGrid: The NCAA announced their sanctions against Penn State today following football coach Jerry Sandusky’s child abuse trial and ensuing controversy. Among them? A big hit to Penn State’s wallet. Reports Sportsgrid, “The conference released a statement this morning announcing that Penn State will be banned from its conference championship game for the next four years, and the revenue share the school was set to receive from a Big Ten Bowl will be donated to charity during that same time period. In total, Penn State will lose about $13 million over the next four years as a result of the Big Ten’s decision. When you add that to the $60 million the NCAA is fining the school, Penn State will pay out about $73 million over the next four years. That’s just over $18 million per year.” Read more, along with full Penn State coverage, here. 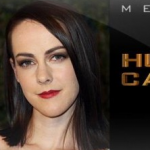 From The Mary Sue: More The Hunger Games casting mysteries are solved! Today, it is confirmed that Jena Malone will star in the second film as Johanna Mason. Reports The Mary Sue, “We heard rumblings around town at the beginning of the month that Malone would likely be cast in the role but now it’s official. The actress recently starred in in the History Channel’s Emmy mini-series Hatfields & McCoysbut you probably also know her work from Sucker Punch, Donnie Darko, or my personal favorite, Contact. She’ll play Johanna, the tribute from lumber-intensive District 7. She’s one of the youngest to be entered into the Quarter Quell and isn’t very shy when it comes to nudity. Malone joins two other confirmed cast members, Philip Seymour Hoffman as Plutarch Heavensbee and Amanda Plummer as Wiress.” Read the full article, including how her co-star Josh Hutcherson may have spilled the beans, here. 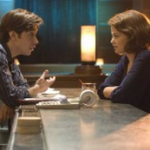 From The Jane Dough: Can men and women be just friends? Well, yes, if men can just get over themselves! There is a new study that shows that men often incorrectly assume their female friends are romantically interested in them. Reports The Jane Dough, [A] new study in the Journal of Social and Personal Relationships finds that this phenomenon is common among dudes, who tend to be ‘more attracted to their female friend than vice versa’ and incorrectly believe their lady buds want to date them. Sounds like men are the ones doing all the crushing here, and there’s no doubt in my mind that they boast to their fellow bros about having the affection of some chick — only to eventually figure out their theory is totally off. The next time a new female pal asks to get coffee to catch up and chat, don’t jump to the conclusion that she’s merely looking to bone you. You’re more likely to be hoping for this than she is.” Read more about it here. 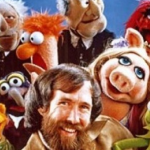 From The Braiser: The Chick-Fil-A anti-gay stance announcement fallout continues. Most recently, The Jim Henson Company announced that it would sever their business ties with the chicken company. Their statement via Facebook:  “The Jim Henson Company has celebrated and embraced diversity and inclusiveness for over fifty years and we have notified Chick-Fil-A that we do not wish to partner with them on any future endeavors.” Reports The Braiser, “Prior to [Chick-Fil-A] CEO Dan Cathy’s statement that he and his company were unapologetically anti-gay marriage (and anti-gay, to a further extent), the Jim Henson Company had manufactured Creature Shop toys for the chain’s kids’ meals. But even though Sesame Street will never ever takeBert and Ernie out of their closet, the entire point of everything Jim Henson did was to discourage hate and bigotry. (And come on. Rainbow Connection.)” Read more here.