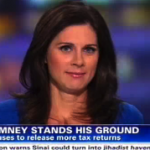 From Mediaite: Erin Burnett has some thoughts about Romney, and last night she unraveled them on her show, claiming that “maybe he’s stupid” since he is unwilling to release tax returns. Reports Mediaite, “Okay, Erin Burnett doesn’t actually believe Mitt Romney is stupid. But nevertheless, that didn’t stop her last night from placing it on a list of possible reasons why the Republican candidate hasn’t released his tax returns. In the segment, Burnett was actually making the case how Romney could give himself the advantage by releasing the returns, and was just puzzled by Romney’s seeming unwillingness to do so… She said that there is ‘no need’ for Romney to withhold any more of his tax returns, despite his continued insistence that he has merely complied with the law as past candidates have. Burnett argued the situation is unique for Romney because unlike most other presidential candidates, he has a strong business background.” Watch the clip and read the story here. 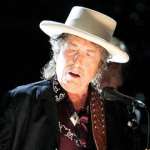 From Gossip Cop:  Very exciting news for Bob Dylan fans. 50 years after he released his first album, the self-titled Bob Dylan (on March 19th, 1962), he’s going to release a new album to commemorate the anniversary. Reports Gossip Cop, “Bob Dylan will release a new album in September as the music legend marks 50 years since his self-titled debut. Tempest will be Dylan’s 35th studio outing. He produced the new album himself under the pseudonym ‘Jack Frost.’ Dylan was awarded the nation’s highest civilian honor, the Presidential Medal of Freedom, earlier this year. Tempest will be released on September 11, 2012.” See the cover of the album, and read the track listing (which includes songs like “Long and Wasted Years” and “Pay in Blood”) here. 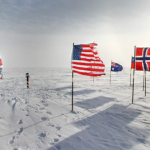 From Geekosystem: Ever wanted to go to Antarctica but just couldn’t physically or financially make it there? Fear no longer because now you can explore the continent with Google Maps! Using their latest initiative, the World Wonders project, you can see Antarctica as you haven’t before. Reports Geekosystem, “Now Antarctica, once considered the last frontier, can be wandered with street view. But more importantly: There are penguins. In truth, Google has had extremely limited street view imagery of the Antarctic available for nearly two years. However, this new batch of photographs focuses on historical locations around the most inhospitable land on Earth. Users can now walk up to the Ceremonial South Pole; explore the huts of great Antarctic explorers like Ernest Shackleton and Robert Scott; marvel at the South Pole telescope; and squeal with delight at the flightless denizens of the Cape Royds Adélie Penguin Rookery.” Find out more about how Google got these images here. 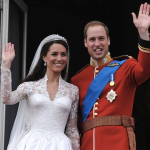 From Styleite:  A debate that truly shows the current integration of fashion and technology: should Kate Middleton’s iconic wedding dress have its own Wikipedia page? Reports Styleite, “HuffPost Style says that at Wikimania 2012, the annual Wikimedia convention that took place last week, the hot topic of debate was none other than Kate Middleton’s dress. Apparently an article about the Sarah Burton-designed gown popped up on the day of Will and Kate’s nuptials, but it was flagged for deletion right away, with commenters calling it ‘trivial’ or worse… Ultimately Wikipedia staff decided to let the page stay because it had so much information not just on the dress itself, but the speculation surrounding it leading up to the ceremony and its impact.” Read more about the controversy here. 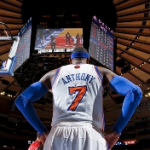 From SportsGrid: It’s been a rough few days for fans of the New York Knicks. Reports Sportsgrid, “1973 was the last time the New York Knicks won an NBA championship. There are longer championship droughts in sports — Knicks fans have nothing on Cubs fans, or Sacramento Kings fans, or fans of any team from Cleveland — but nowhere is the disconnect between the city and the drought so pronounced. New York, home to “The World’s Most Famous Arena” and a great tradition of street hoops and locally-born players, should be hoisting NBA trophies at least as often as places like San Antonio. The fan base is passionate, the money spent on players has overflowed many a coffer. So why can’t the Knicks win a title?” Find out why, as well as understand the debate of Knicks fans to stay or go, here. 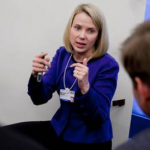 From The Mary Sue: Huge news for women in technology! Yahoo has settled on a new CEO, and she comes in the form of a woman — Marissa Mayer, former Google engineer and self-proclaimed geek, will start this week, establishing her as one of the most powerful women in Silicon Valley. Reports The Mary Sue, ” Marissa Mayer is no stranger to blazing trails for women in technology — she was Google’s 20th employee and first female engineer, a position which earned her the title of ‘Googirl’ amongst her colleagues. During her time at Google, Mayer spearheaded some of the company’s most successful user-oriented projects including Gmail, Google News, and Google Maps. A lover of minimalist design both in and out of the office, she also ensured that Google’s search page utilized a lot of white, open space and sparse decoration.” Mayer also announced her pregnancy the same day — a huge day for her! Read more about Mayer here. 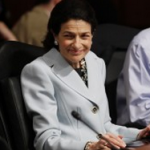 From The Jane Dough:  The Jane Dough has been reporting on conscious efforts to get women into fields where men are usually dominant — business, science, and politics to name a few. Now, it seems as if there’s a new initiative to get girls into the world of politics. Reports The Jane Dough, “Maine Senator Olympia Snowe may be retiring after the current term, but the moderate conservative isn’t done looking out for the people. The outgoing politician has just taken $1.2 million out of her re-election funds to urge young women to get involved with public service. The money will go to the Maine Community Foundation and the remaining $800,000 will go towards ‘outstanding campaign obligations’ and, according to the Washington Post, ‘establish a multi-candidate committee whose goals are to diminish what Snowe sees as polarization in today’s political environment.’ Awesome work, Olympia. Read more about her efforts here. 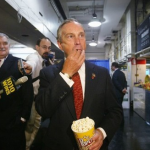 From The Braiser: Bloomberg’s ban on fatty foods has made headlines, with many protest its implementation (the hearing is on July 24th). However, now we can see that his plan may actually work — reports The Braiser, “A new study released by the City shows that Bloomberg’s last Nanny State Action — the elimination of trans fats from all NYC restaurants — actually led to the decrease of unhealthy fats in food overall. Back in 2007, most of the ban’s opponents worried that the elimination of trans fats would lead to restaurants compensating by using other Bad Fats, such as saturated fats. But CNN reports that the study, which focused exclusively on large chains like Pizza Hut, McDonald’s, and Subway, shows that the presence of partially hydrogenated oils (which is where trans fats come from, natch) fell between 2007 and 2009. In fact, the average trans fat content of NYC food fell from 3 grams to an FDA-approved negligible 0.5 grams.” Read more about its effect here.