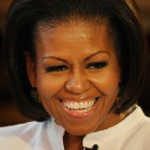 From Mediaite: Did Michelle Obama receive death threats? Reports Mediaite, “A Washington D.C. police officer is under investigation after allegedly making threatening comments toward First Lady Michelle Obama. The officer, who was a motorcycle escort for White House officials, was moved to administrative duties, according to The Washington Post. On Wednesday morning, several officers from the Special Operations Division were discussing threats made against the Obamas. The officer in question allegedly ‘said he would shoot the First Lady and then used his phone to retrieve a picture of the firearm he said he would use. It was not immediately clear what type of firearm was allegedly shown.’” The police department and the U.S. Secret Service are following up the remarks with an investigation. Read the article here. 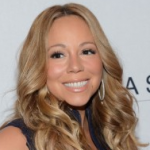 From Gossip Cop: Both Steven Tyler and Jennifer Lopez have announced their departures from American Idol, and the show will have a gaping hole of judges to fill. Who will they choose? Reports Gossip Cop, “FOX is pulling out the big guns to fill their shoes…  Mariah Carey is now in talks to be a judge on the singing competition, according to multiple reports.A number of other names, such as Adam Lambert, have also been thrown into the mix, but Carey appears to be in actual, serious negotiations with the show. Gossip Cop has reached out to reps for Carey and FOX to confirm the discussions. The ‘Butterfly’ singer has already proven herself to be wonderfully entertaining on live television.” Follow the story here.

From Geekosystem: Netflix was made for flicks, right? As in films. But now it seems that Netflix users are actually using it more often to watch television. Reports Geekosystem, “In a survey concluded this past April by Nielsen, the media consumption analysts noticed a distinct shift in Netflix viewing habits. Since 2011, movie watching has gone down 6% while TV watching has risen about 8%. Speaking to the Wall Street Journal, a Netflix spokesperson confirmed that TV shows now account for 60% of all Netflix viewing. That’s pretty hefty, when you consider that in June alone, the company streamed out over a billion hours of content.” A number of factors could be contributing to this change in Netflix preference. Find out what they are here. 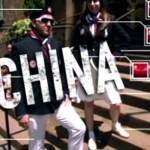 From Styleite: There has been much buzz about Team USA’s Olympic Opening Ceremony uniforms, designed by Ralph Lauren — particularly about how patriotic or unpatriotic they are. Most recently, Fox & Friends called them out for including berets, a French style. Now, people are shocked to learn that these uniforms were actually made in China. Writes Styleite contributor Jada Wong, in an ABC News segment “staffers go to a Ralph Lauren store and get decked out in the U.S. Olympic team’s uniforms for the Opening Ceremony. Then the staffers find out that the outfits are made in China, not America. The staffers interview random people on the street, and one guy calls it ‘a national disgrace.’ Nanette Lepore also weighs in on the situation, and says that it would be totally realistic for Lauren to make the uniforms in America. Personally, I think it’s logical that the uniforms are made in China. And it’s not because I’m Chinese.” See why she thinks so here. 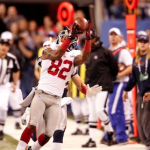 From SportsGrid: What sport have the viewers of our nation watched the most thus far in 2012? Well, we are America, so take a wild guess. Reports Sportsgrid, “The people at Sports Media Watch completed a table of the most watched sporting events of the year so far. Not surprisingly, the NFL dominates the list. The 12 most-viewed sporting events of the year were all football games. The NFL appears on the list 16 times. Your most watched game of 2012 was—again, to no one’s surprise—the Giants-Patriots Super Bowl, which beat out the rest of the field by a considerable margin. Comparably, Game 5 of the NBA Finals—the most watched basketball game of the year, and 17th place on the list—drew a crowd of almost 100,000,000 fewer viewers. Yup – folks, we’re a football country.” View the complete list of ratings here. 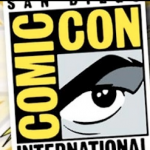 From The Mary Sue: San Diego Comic-Con International started yesterday, and in case you weren’t able to be there or keep up with all the tweets, The Mary Sue is there for you with a round-up of the first day’s major events and announcements. Among them? Information on  Stephanie Meyer’s The Host! The unveiling of Sam Raimi’s first trailer for Disney’s Oz: The Great And Powerful! And the announcement that Josh Trank, director of the well-received teen found-footage sci-fi flick Chronicle, will direct the reboot of The Fantastic Four. The film will be put ahead of his other projects, which includes Venom movie, a Shadow of the Colossus adaptation, and a film based on The Red Star. Also, you can even eacquire your very own Aperture Laboratories jumpsuit! Read the whole round-up here. 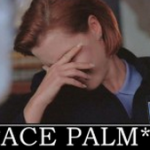 From The Jane Dough:  The New York Times has identified our nation’s latest problem: Girly men. And The Jane Dough’s Amy Tennery has a thing or two to say about it: “The epidemic of ‘unmasculine’ men in the U.S. is so rampant, so devastating, that the Times has devoted an entire eight-piece spread in its “Room For Debate” section to answer this singular question — ‘Are Modern Men Manly Enough?’ But as we’ve discussed before, this trend of fretting over men’s manliness (which I dubbed the ‘Are You Sure You’re A Dude?’phenomenon) is a lot more dangerous than any erosion of traditional, 1950s masculinity — real or imagined. It’s in beer commercials, T.V. shows and now it’s in a headline in theNew York Times. It’s saying ‘you guys are acting like chicks — and acting like a woman is a bad thing.'” Read more of her opinion here. 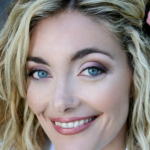 From The Braiser: The Braiser is back with their latest installment of Dining Diaries, this time chatting with  Waylynn Lucas about her favorite Los Angeles spots. Lucas has worked as a pastry chef for several big name Los Angeles restaurants, and was the Executive Pastry Chef under Jose Andresat his Bazaar. She recently opened Fonuts in L.A., a gourmet donuts and coffee shop. What suggestions did she have? For a lazy Sunday brunch, her ultimate favorite spot is The Parker Palm Springs (“they have the best breakfast ever!” claims Lucas), though she also loves the  Polo Lounge at the Beverly Hills Hotel,Salt’s Cure, and AOC. For Tuesday night takeout, she recommends Genghis Cohen, saying “Chinese is the ultimate take out. Genghis Cohen is close to me and I’ve been eating it for years!” Read more of her awesome suggestions here.