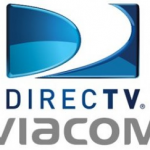 From Mediaite: Unfortunate news for DirecTV customers: 26 channels are going dark as a result of a still unresolved dispute between DirecTV and Viacom. As many as 20 million viewers may be affected. Reports Mediaite, “[Viacom] states that DirecTV dropped the 26 channels without advance warning — and published the following statement: ‘We are deeply disappointed that DirecTV dropped Viacom’s channels before our midnight deadline this evening, severing our connection with its nearly 20 million subscribers nationwide. We proposed a fair deal that amounted to an increase of only a couple pennies per day, per subscriber, and we remained willing to negotiate that deal right up to this evening’s deadline. However, DirecTV refused to engage in meaningful conversation. We are hopeful that DirecTV will work with us toward a resolution, and stop denying its subscribers access to the networks they watch most.’ On the flip side, DirecTV has insisted that Viacom’s price hike is simply unaffordable, and thus they’re unwilling to pay ‘increased fees for their networks going forward; we just can’t afford the extreme increases they are asking for.'” Read more about the dispute here. 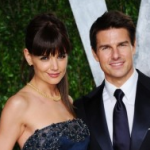 From Gossip Cop:  Continuing coverage of the TomKat divorce saga, Gossip Cop reports that Katie Holmes may have been more sneaky about the whole situation than many originally thought. Apparently, she was able to “secretly mastermind” her divorce by the use of a disposable cell phone. Reports Gossip Cop, “The actress’ plans and contact with divorce lawyers were completely hidden from Cruise and his team because she carefully orchestrated them with the help of a cell phone she could simply throw away at will. The phone was provided by a friend, according to a source for the Los Angeles Times. As Gossip Cop previously reported, Cruise was blindsided when Holmes filed for divorce nearly two weeks ago. The former couple announced on Monday that they hadreached a settlement, agreeing on custody and support terms for their 6-year-old daughter, Suri.” Read more, including details of the settlement, here. 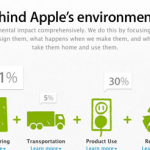 From Geekosystem: Is Apple, a company that has worked so hard to be eco-friendly, done going green? Two days ago, it was announced that Apple was dropping the eco-friendly EPEAT certification from all its products. Now some consequences of that decision are coming, including the city of San Francisco stating it won’t buy any more Apple products. However, Apple claims it continues to be as green as ever. Reports Geekosystem, “EPEAT, or the Electronic Product Environmental Assessment Tool, certifies electronic devices that meet certain standards for recyclability and energy efficiency. Apple’s decision to de-list all of its products from the standard is particularly odd, since it was part of a conglomeration of companies, environmentalists, and government agencies that created the standard in the first place. The government’s role in creating the standard is not incidental, as it has been widely adopted by governmental, educational, and business institutions as a guideline for what computers will be purchased. If it doesn’t have EPEAT certification, it simply won’t be considered by some groups.” Read more about Apple’s decision here. 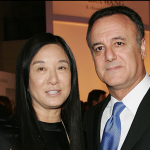 From Styleite: Sad news for the worlds of fashion and love:  Vera Wang and Arthur Becker have announced they are separating after 23 years of marriage. Reports Styleite, ” Wang, 63, and Becker, 61, dated for nine years before marrying in 1989, and have two daughters named Cecilia and Josephine. Wang is (obviously) known for her wedding gowns and Michelle Obama-approved creations, and Becker was previously a stockbroker at Bear Stearns and CEO of NaviSite. Becker reportedly helped his wife grow her business into a world-renowned label, and after resigning from NaviSite two years ago, he became even more involved in her company. Sources tell Women’s Wear Daily he pushed Wang into doing more masstige lines (she has several with Kohl’s and David’s Bridal), and the company was also purportedly split into two sides — Becker’s and Wang’s. Could Becker’s heavy hand in her company have something to do with the split?” Read more, including a statement from the couple, here.

From SportsGrid: When you’re an athlete and have a sponsorship which pays you a lot of money, you should probably stick close to that sponsor. A Brazilian soccer player is learning this lesson the hard way. Reports Sportsgrid, “Ronaldhino, a Brazilian soccer star who not too long ago was in the “best player on the planet” discussion, currently plays for Atlético Mineiro in the Brazilian League. But at a recent press conference, while fielding questions, it wasn’t one of the midfielders answers that got him in hot water. Rather, it was his choice of beverage. The 32-year old, who is sponsored by Coca-Cola, was sipping on Pepsi, which apparently didn’t go over too well with the people at Coke… Ronaldhino’s sponsorship deal was worth £500,000, or 750,000 freedom dollars. That’s a lot of cans of Pepsi down the drain for drinking from the wrong can once. I personally don’t drink soda; I stay away from the stuff. Maybe Ronaldhino will follow suit. Or maybe his addiction to Pepsi will take over his life. Either, or.” Read the full story here. 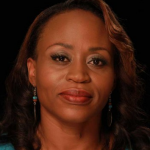 From The Mary Sue:  NBC has a new head drama executive, and she’s awesome. She is veteran TV executive Pearlena Igbokwe, and she’s been working with Showtime for the past 20 years. The Mary Sue reports on her impressive history and adds, “Oh, and she also happens to be a woman of color. As someone who follows television news as if it held the same national importance as the electoral race, and who also happens to be a woman of color, this makes me pretty happy. I started this post as a simple congratulations to Igbokwe, but after further probing into her internet presence I seem to be developing a rapid inspiration-crush. For instance, take this excerpt from her Twitter bio: “[I] believe only in Star Wars and Empire, not the other travesties.” In other words, she’s our kind of woman… This news comes recently after NBC let go of two of its on-air women of color: Ann Curry and, less famously, Sue Simmons.” Read more about the awesome Pearlena here. 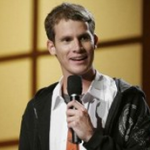 From The Jane Dough: Comedians often cause controversy, and this time, it’s Daniel Tosh doing the offending. No stranger to jokes about taboo subjects, Tosh made some enemies by joking about rape this past Friday night. Reports The Jane Dough, “[T]he comedian reportedly responded to a yelling audience member at one of his shows by saying it would be hilarious if she were to get sexually assaulted by a pack of men. A blogger under the Tumblr account Cookies for Breakfast just posted an entry detailing an icky encounter her friend had with the television star. On Friday night, the blogger’s female buddy went out to the Laugh Factory to see Dane Cook. Though they found him entertaining, the friend wasn’t taken by the following act, Daniel Tosh, who, according to the blogger’s friend, began ‘making some very generalizing, declarative statements about rape jokes always being funny, how can a rape joke not be funny, rape is hilarious, etc.’ That riled up the friend, who responded to Tosh by yelling, ‘Actually, rape jokes are never funny!'” Find out what happened next here. 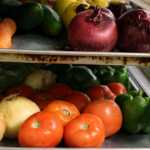 From The Braiser: What did you eat as a child at summer camp? Chicken fingers? Tater tots? Dirt? Well, imagine if you could have been eating gourmet food. Seem silly? It’s now a reality for many affluent children. Reports The Braiser, “Yes, the children of affluent, shelling-out-$11K-for-summer-camp parents certainly aren’t binging on s’mores washed down with bug juice like some of us did back in the day (although, we will say, if you can find a trendy resto with a gourmet s’more on its dessert menu, order it; we have yet to be disappointed by one). No, kids at fancy sleep-away camp get to pick their own bok choy out of their vast vegetable gardens and green houses, and then the four-star caterers employed by said camps make things like Thomas Keller’s panko-crusted lemon chicken. WE ARE NOT KIDDING. The New York Times ran a whole home page article on foodie kids and how control-freak parents who can afford to be health-obsessed send them to camps with locally-sustained kitchens, complete with separate stations for.. whatever other allergen kids are facing these days. And that’s just for regular camps. There are also cooking camps or camps that offer cooking programs with their own absurdly awesome meal offerings.” Read more here.