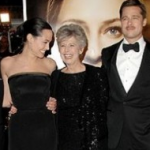 From Mediaite: Is Brad Pitt’s mom receiving death threats? Reports Mediaite, “You may recall that Brad Pitt‘s mother, Jane Pitt, made headlines recently for writing a letter in response to a the Springfield News-Leader editorial. In the letter, Mrs. Pitt voiced her support for Mitt Romney despite the op-ed’s qualms about his Mormon faith, adding that any Christian ‘who does not vote or writes in a name is casting a vote for Romney’s opponent, Barack Hussein Obama — a man who sat in Jeremiah Wright’s church for years, did not hold a public ceremony to mark the National Day of Prayer, and is a liberal who supports the killing of unborn babies and same-sex marriage.’ Now, Mrs. Pitt is receiving a barrage of taunts and death threats over her letter. As Twitchy (which has compiled a list of Tweets regarding Pitt’s letter) notes, some online are advocating that the actor’s mother ‘eat a dick’ (among other genitalia) for her comments, with others calling for her to be killed.” Read the full story here. 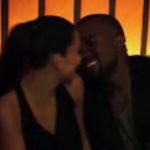 From Gossip Cop: Kanye and Kim have finally made their reality TV debut! The much talked about couple is finally giving fans a peek into their life. Reports Gossip Cop, “West made his debut on Sunday’s episode of “Keeping Up With the Kardashians,” joining the family at the opening of Scott Disick’s New York City restaurant RYU. In the clip, the rapper tells Kardashian she looks ‘great’ while she’s getting ready for the event, and later the couple even shares a public kiss at the eatery. Earlier in the show, Rob Kardashian questions Kim about her new relationship after hearing West’s song ‘Theraflu (Way Too Cold),’ which features the lyric “I fell in love with Kim.”” Watch the clip and read on here. 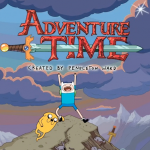 From Geekosystem: Fans of Adventure Time, listen up! Geekosystem is here for you with an awesome interview with the cartoon’s creator. Intros Geekosystem, “Pendleton Ward talks like you’d expect the creator of an anarchic frenetic, cartoon likeAdventure Time with Finn and Jake to talk. His sentences often circle back on themselves, tinged with a West Coast laid-backness, which again seems quite commensurate with his job. But as cool and fun as his show is, it also has a big heart which was just as present when Ward spoke…. What Ward and his team of brainiacs are trying to do is keep creating arguably the best cartoon on television today. A mix of high-fantasy adventure and comedy presented in a cutesy style reminiscent of Japanese toys or old Max Fleischer cartoons. But its core is Ward’s attempt to make something everyone will love, regardless of their age.” Read the full interview here. 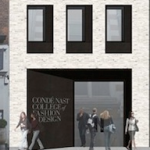 From Styleite: Magazine giant Condé Nast wants to teach you a thing or two, which is why they opened up a school. Now, they’ve announced its location. Reports Styleite, “The Condé Nast College of Fashion & Design will open its doors, at numbers 16 and 17 Greek Street in London’s Soho district, to students in January 2013. Architectural firm Feilden Clegg Bradley Studios is helming the project, and the space will included a permanent exhibition area. A 10-weekVogue Fashion Certificate will be the only thing offered for the spring semester. The Vogue Foundation Fashion Diploma, a year long program, will open up for the following academic year, the school said in a press release. The college will be just down the street from Condé’s London headquarters, which makes the location ideal. But we have to wonder, will this program be legit?” Read more here. 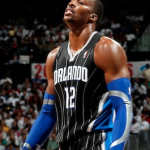 From SportsGrid: NBA fans are anxiously awaiting the big trade. But when will it happen? Reports Sportsgrid, “Late on Sunday night, we seemed so close to a Nets/Magic/Cavaliers mega-deal that would finally get you to Brooklyn, finally allow Orlando to move on while saving some semblance of face, and finally allow us to stop boring people with sign-and-trade ball-tickling details and salary cap massage scenarios. Well, it’s Tuesday afternoon, we haven’t yet gotten our mega-deal, and there’s once again a hiccup in a sports story that is oh-so-close to being compelling, but is right now stuck in neutral. Here’s the proposed trade, as currently being tossed back and forth between GMs in Brooklyn, Orlando, Cleveland, and God-Knows-Where-Else.” Find out what it is here. 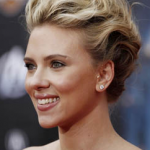 From The Mary Sue: Has The Avengers made ScarJo one of the highest-paid actresses in Hollywood? Reports The Mary Sue, “The NY Post cites a published report from Britain’s The Sun – which, bear in mind, is a tabloid – that says Johansson has been offered $20 million dollars for the Avengers sequel… A $20 million check for a single film wouldn’t be the record. Several actresses, like Julia Roberts, have exceedied that number, but it would put Johansson in the very top tier along with Reese Witherspoon, Cameron Diaz, Sandra Bullock and Kristen Stewart (who recently topped Forbes recent money-making list). Regardless, this is great news for Johansson… But don’t get to thinking Johansson is getting special treatment. The article also said stars Robert Downey Jr. (who reportedly made $50 million), Chris Hemsworth, and Jeremy Renner were getting a 50% bump in their salaries for Avengers 2.” Read the whole article here. 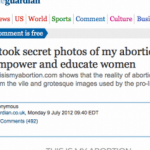 From The Jane Dough: “If you went in for an abortion today, would you know what to expect? Would you have any clue what the process would be like? Probably not. It’s a procedure that an estimated 40 percent of American women have received — and yet real, honest conversation on the issue rarely seems to happen. But a new website, This Is My Abortion, wants to change all that. How? By showing what an actual abortion looks like. With a URL like ‘www.thisismyabortion.com,’ you’d think it would be pretty obvious what’s there. But while jarring images of dead fetuses flood most anti-choice groups’ propaganda, the pictures you see on This Is My Abortion aren’t what you might expect at all. There are no horrifying images. No dank, dark, scary rooms with creepy doctors. In fact, if anything, the images in This Is My Abortion are that of a straight-forward medical procedure (see images below). And that’s exactly what the site’s photographer intended.” Read an exclusive interview with this brave photographer here. 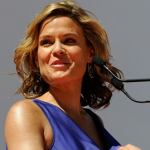 From The Braiser: Trouble for celeb chef Cat Cora: a DUI. Reports The Braiser, “After learning of her arrest from the county’s press release detailing the previous month’s DUIs, The Santa Barbara Independent broke the news that Cora, whose arraignment is later this month, was pulled over on the evening of June 17th for rear-ending into the car in front of her. After the driver told the police he believed Cora was intoxicated, they performed a field sobriety test and breathalyzed her, measuring a blood alcohol content level of .19… Cora claimed that she’d consumed three bottles of beer.. at the nearby Cold Spring Tavern and was on her way home with her partner. (According to the police station’s press release, the two had also been arguing.) After they issued her two citations –one for a DUI count, and one for driving with a BAC level of 0.08 or higher — police transported her to the ridiculously-named Santa Barbara Sobering Center, which is a thing that exists. Thankfully, no one was hurt in the incident.” Read more here.