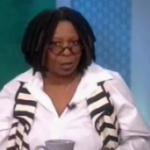 Mediaite has a confusing apology from Whoopi Goldberg to The New York Times on “The View,” in which she expressed regret over calling the newspaper’s reporting “shoddy” when it left her off a list of past black Oscar nominees. But…if they didn’t include her and they should have, isn’t that sort of the definition of shoddy reporting? See Whoopi’s apology here. 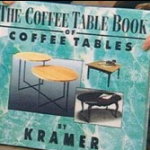 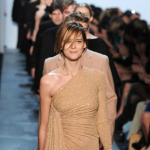 Styleite went to Michael Kors’s show, bringing us photos of the line and good celebrity gossip! They even have an interview with stylist Brad Goreski, who offered his thoughts on everything from the Rodarte collection to Kate and William’s upcoming wedding. To read the full post and see the slideshow, click here.

Goodness! Sportsrid reports that after a protracted battle between Oprah and Piers Morgan to land Michael Vick as a guest on their respective shows (a battle which included a $300 bet that Oprah later pulled out of), Oprah won! Vick was scheduled to appear on February 24th, but has pulled out abruptly. Oh, near. Maybe he disapproves of Oprah reneging on her wager? Get the full post here. 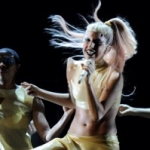 On Gossip Cop today is an erroneous rumor that Lady Gaga is headed for a nervous breakdown. Allegedly, Gaga is focusing too much on her work, as well as smoking, boozing and generally acting bizarre. A rep for the singer, however, denies that there is anything amiss. It wasn’t bizarre when she went to the Grammys in an egg, it was art! There’s a difference. To read the full post, click here.