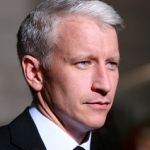 From Mediaite: Anderson Cooper has taken a huge step for the LGBTQ community by finally confirming suspicions that he is gay. Reports Mediaite, “Anderson Cooper has made it official that he is gay in a letter to Andrew Sullivan the latterpublished with permission today at his blog. The letter, which explains why he hadn’t said it out loud before, notes that “there is value in standing up and being counted,” and he explains that his work as a journalist is a separate issue from his sexuality. Sullivan explains in his note that he himself thinks that “it does matter nonetheless, it seems to me, that this is on the record,” and that “the visibility of gay people is one of the core means for our equality.” To that end, he contacted Cooper, who replied with a letter that made it clear he was gay.” Read the full story here. 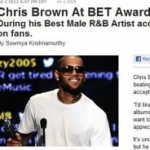 From Gossip Cop: Is Chris Brown retiring? This one’s false! According to MTV.com, at the BET Awards last night, Chris Brown dropped a “bomb,” in his acceptance speech for the award for Best Male R&B Artist, saying that his next album will be his last album. Reports Gossip Cop, “MTV then quotes Brown as saying, ‘I’d like to thank Team Breezy, everybody who worked on any one of my albums. My last album that’s coming out in two days… I just want to thank all my fans. It’s dedicated to y’all. This one’s for y’all; man, I appreciate everything.’  The music site notes that it’s ‘unclear where Brown’s self-imposed early retirement is coming from,’ but goes on to to speculate that ‘his rocky relationship with the media and any criticism toward him from his detractors’ may be playing a role.” However, “A rep for the singer tells Gossip Cop exclusively that Brown simply meant Fortune is his current album, not his last one ever.” Read more here. 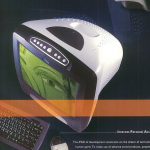 From Geekosystem: In China, you could buy an iPad, except it wouldn’t be the technologic device you were expecting. Reports Geekosystem, “The iPAD, an all-in-one computer design from Chinese company Proview, was more of an iMac rip-off than anything, but the company has held onto the name and successfully blocked the sale of the iPad tablet in China. Now, Apple has paid out a reported $60 million for the name. According to the AP, Apple was fully aware of Proview’s iPAD and even sought to purchase the rights when it went around securing the global rights to the name. In fact, as far as Apple was concerned, the matter was settled when they paid $55,000 to Taiwanese Proview-affiliated company. However, a Chinese court ruled that although the company Apple made the purchase from was indeed part of the Chinese company which held the name, the sale was not legit.” Read more about the legal struggle here. 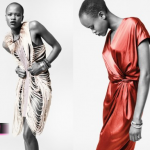 From Styleite: Yesterday was July 1st! And while that marks the start of a new month, the dog days of summer, and an American holiday week, it also means something else — Canada Day! Styleite is there for you with the five cool Canadian designers you need to know, love, and wear with pride. Writes Styleite, “Happy Canada Day, everyone! Are you wearing your red and white? We certainly are! Plus some sequins for good measure. Whether you hail from the Great White North like I do or are just well aware that Canucks know how to celebrate, today is the day to let your maple leaf flag fly high, blast ‘Call Me Maybe’ for hours without an ounce of shame, and cool off from the 30° (Celsius!) weather with an ice cold Molson brew.” From Calla to Greta Constantine to Rachel Hawkes Cameron, check them all out here. 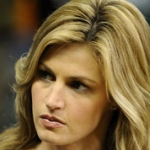 From SportsGrid: Confirming rumors, Erin Andrews’ next career move has been announced. The famous female anchor stated last week that she would be leaving ESPN. Reports Sportsgrid, “According to Sports Illustrated’s Richard Deitsch, former ESPNer Erin Andrews has officially landed at Fox Sports to host a 30-minute prime-time college football show. Andrews will debut in that role before the Hawaii-USC game on September 1st. She will also have an undisclosed role with NFL and MLB coverage. This should bring further notoriety to Fox’s college football programming. Last year, they began that campaign by hiring Gus Johnson, as well as securing a 12-year TV deal with the Pac 12 and a 13-year contract for 40 games per season with the Big 12.” Read more here. 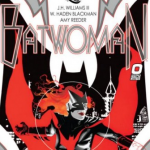 From The Mary Sue: Good news for girls, geeks, and girl geeks. Heroine Batwoman is now not only an icon, but a bestseller! Reports The Mary Sue, “It’s late enough in the production cycle of the New 52 that most of the books are on their second story arc, and that means that we’re beginning to see the rollout of hardcover collected editions of many of those stories. And while Wonder Woman and Detective Comics Vol. 1 are sitting at eight and nine this week, it’s Batwoman, Vol 1. that has that coveted top spot on the New York Times’ bestseller list for hardcover graphic storytelling.” To celebrate, check out some of Batwoman’s best covers here. 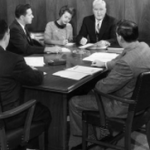 From The Jane Dough: Following Sheryl Sandberg’s appointment to the Facebook board of directors last week, it became shockingly apparent that there are not enough females present in leadership positions. Reports The Jane Dough, there may be a solution: “Alarming stat: 40 percent of large, American companies have no women on their boards at all, according to a recent report from theUNC Kenan-Flagler Business School. And among S&P’s top 10 companies, women comprise just 22 percent of board members… Luckily, it would appear that some of top business schools in the U.S. are joining forces to change this male-dominant trend. The Forté Foundation, a consortium of nearly 40 business schools is launching an initiative to get more women on company boards, according to a very heartening report from Businessweek today. The group has asked its 33 U.S.-based member schools to help ferret out good female contenders for corporate boards around the country and identify five women that each believes are fit for the boardroom. Ultimately, Forté will have a 165-person list of women it believes are ready for the boardroom.” Read more about the initiative here. 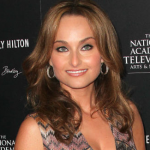 From The Braiser: For you celebrity-chef worshippers, you can finally learn the secrets to Giada’s good looks. Reports The Braiser, ” In light of her new beauty spokeswomanship with Clairol Natural Instincts, Giada De Laurentiis sat down with Fitness Magazine to dish her beauty tips and tricks…  She insists her #12 Toasted Almond-tinted locks benefit from only being washed once a week. Oh, and feel free to skip the brushing part, too… Her skin-care tips include misting her face with Evian water to rehydrate instead of re-powdering, ‘day or night, rain or shine’ sunscreen application, and a homemade face wash we’d find odd, if it wasn’t Giada. Of course she maintains her daily glow by sautéing herself in olive oil… And, finally, the Food Network home-cook is often grilled on how she keeps her itsy bitsy bod while cooking heavy Italian food all day. Rather than keeping a spit bucket nearby at all times for her dozen takes of pizza-tasting, Giada just doesn’t eat full meals, you guys.” Read her tips here.