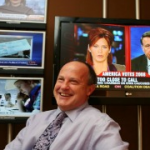 From Mediaite: There’s going to be some big changes over at CNN it seems, as their president has just quit. Reports Mediaite, “Jim Walton, president of CNN Worldwide, announced Friday that he is leaving the ratings-troubled cable news network. The AP says that Walton is leaving because he believes the network needs ‘different leader with a new perspective and plans’… Walton released a letter to CNN’s staff on Friday in which he thanked them for their dedicated service and said his goodbyes… Walton went to work for CNN after graduating from the University of Maryland in 1981 in an entry level position and eventually worked his way up to become the network’s president.” Read the article, including his statement and letter, here. 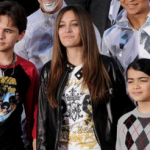 From Gossip Cop: The Jackson family custody battle over Michael’s children that has been publicized and followed this week “appears to be over — for now.” Reports Gossip Cop, ” On Friday, it was announced Katherine Jackson agreed to share custody of Paris, Prince and Blanket with her grandson, T.J. Jackson. As Gossip Cop previously reported, T.J. (the son of Tito Jackson) was made the children’s temporary guardian on Wednesday, after Katherine traveled to Arizona and had no contact with her grandchildren for more than a week. Although Katherine later claimed she was just on a ‘short vacation,’ and said the custody change was ‘based on lies,’ it seems she has now had a change of heart.” Read more about the developments here. 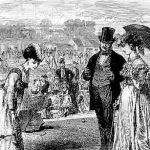 From Geekosystem: A little-known and strange tale of Olympic history, as the world gears up for today’s opening ceremony of the 30th Summer Olympics in London. Apparently, once and only once, the Olympics featured croquet as a sport. Reports Geekosystem, “The one and only croquet competition ever held in the Olympic Games took place during the 1900 Summer Olympics in Paris. Apparently, only one man came to watch the games, so maybe they iced it because no one was paying to see it. The one single croquet fan was an Englishman who had come all the way to Paris from Nice to watch the croquet competition. Which is kind of a big deal in 1900, so we know he’s kind of a fanboy… Maybe they’d have more spectators if they used flamingoes and hedgehogs and had the Queen shout everyone’s heads off.” Read more about the event here. 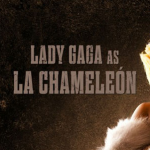 From Styleite: Is Lady Gaga making her silver screen debut? It certainly seems that way! Reports Styleite, “Director Robert Rodriguez, who’s worked on Planet Terror And Sin City, is working on a sequel to Machete titled Machete Kills. According to IMDB, stars like Sofia Vergara, Jessica Alba, and Amber Heard have all signed on to the 2013 flick. And now that list includes Lady Gaga. On Thursday, Rodriguez tweeted that working with the popstar “kicked SO MUCH ASS!” and included a pic of what we assume to be Gaga’s poster. Sporting blond locks, Gaga looks burlesque chic in a yellow bodysuit, though the fox fur (complete with head and paws) is an interesting touch. The photo quality seems pretty official, and IMDB is already using it on their site.” Read more and see the poster here. 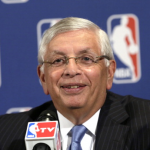 From SportsGrid: If the fantastic USA basketball team headed to the Olympics isn’t enough for you, you now have some more NBA news to satisfy your hoop dreams. Reports Sportsgrid, “Just in time for the Olympics we have… the release of the NBA regular season schedule? My goodness David Stern is adept at making noise around other sporting events. Earlier tonight the NBA released the 2012-2013 schedule, and there are are already a number of games to look forward to. The season opens on October 30th with the Wizards at the Cavaliers. Why? I couldn’t tell you… The two games later that night are far stronger. In a rematch of the Eastern Conference Finals, the Celtics will visit the Heat on the night that they will receive their championship rings… Later still, the Lakers will host the Mavericks.” Read more about the upcoming season’s schedule here. 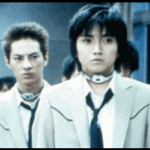 From The Mary Sue: Recently, The Hunger Games has taken the world by storm, but before it, there was Battle Royale, a 2000 Japanese film about teenagers fighting against their classmates for survival at the whim of a corrupt government. Apparently, now, spurred by the recent success of  The Hunger Games, “a long-stalled U.S. remake of the Japanese cult classic might be rebooted as a television series.” Reports The Mary Sue, “According to The LA Times, the CW has been in talks with the project’s Hollywood representatives about the possibility of turning the Battle Royale into an English-language series, in lieu of a film reboot. Although the talks are only in their initial stages, if given the green light, the CW would acquire the rights to the franchise and expand it into an hour long series.” Read more about how and when it might happen here. 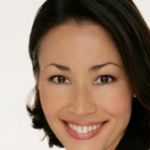 From The Jane Dough: Ann Curry’s departure from the Today show was controversial, and the show hasn’t necessarily benefited as it continues to fall in the ratings behind Good Morning America. But what’s really happening? Reports The Jane Dough, “While one could attribute this decline in viewers to several factors, some members of the media continue to blame women involved in the show… As we’re all acutely aware, Ann Curry served as something of a scapegoat for NBC’s faltering morning news program in recent weeks, prior to her unceremonious departure from the program. And the narrative at the time was particularly brutal to Curry: Today was falling in the ratings and everyone decided it was all her fault. But as bad as her performance might have been, nothing compared to the PR maelstrom that accompanied her departure.” Read how the media continues to blame the show’s women here. 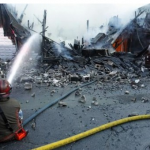 From The Braiser: It is the end of an era for the foodie world of New Orleans. Reports The Braiser, “Early this morning, reports emerged from New Orleans that the iconic Hubig’s Pies factory had burned down in a five-alarm blaze.Though the Times-Picayune reports that no one was harmed in the fire, the factory’s owners, as well as the local community, were devastated by the loss. Hubig’s has produced hand-sized fried pies for decades, surviving the Depression, World War II, and Hurricane Katrina. And even with this enormous loss, ‘We’ll be back,’ co-owner Andrew Ramsay told the paper. At its peak, the factory produced up to 28,000 fried pies a day, and had begun producing Mardi Gras king cake back in 2011.” Read the full story here.