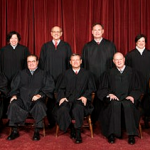 From Mediaite: The Supreme Court of the United States has come to a decision about Arizona’s controversial immigration law, which has made big news headlines this year. They delivered a mixed response to law SB 1070 this morning, striking down many of the laws provisions but not ruling on the most controversial one, which would allow law enforcement officers to check for identification during stops. Reports Mediaite, “In Arizona v. United States, the Court’s decision, written by Justice Anthony Kennedy, has overturned most of the law– the parts that allow for warrantless search and arrest of those suspected to be illegally in the country– but not the Arizona police’s ability to now contact the ICE and check the immigration status of anyone they stop on other pretenses. Justice Kennedy wrote for the Court (in this case, Justices Sotomayor, Breyer, Ginsburg, and Roberts), arguing that Arizona had much to be worried about in terms of crime in the illegal immigrant sector. Noting that there was an extensive body of federal law regarding who could be removed from the country for not being legally here, Justice Kennedy writes that certain provisions of the law ‘violates the principle that the removal process is entrusted to the discretion of the Federal Government.'” Read the full article here. 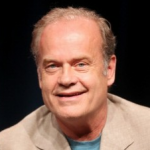 From Gossip Cop: Kelsey Grammer just can’t seem to stay out of controversy. After going through a much publicized divorce with Real Housewife Camille, then having a baby with a much younger woman, he is now being sued as part of a Ponzi scheme for one million dollars. Reports Gossip Cop, “Actress Lydia Cornell and other plaintiffs have added Grammer’s name to the list of defendants in a $100 million lawsuit that claims the famous actor was used to lure them into a fraudulent venture involving a website called Staropoly.com. The plaintiffs allege that Grammer bears partial responsibility in the lawsuit, which contains charges including extortion and grand theft, because his name and likeness were used to promote Staropoly, in which he was seen as a ‘partner’ by duped investors. Cornell and the other plaintiffs contend that the actor was a central piece in establishing the supposed credibility of what turned out to be a scheme… But Grammer’s own legal team is firing back, blasting charges that Grammer was anything but a fellow victim in the venture.” Read more here. 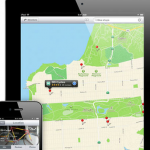 From Geekosystem: More Apple rumors, this time that they may be getting closer with Yelp by adding in new Yelp check-ins on their maps feature. Reports Geekosystem, “Looking through the Apple developer kit, Bloomberg reports that it has found screenshots of Yelp check-ins being used in conjunction with the map app. Apple’s own information on the forthcoming built-in app did say that it would include Yelp reviews, but made no mention of this kind of tight integration. According to Bloomberg, both Yelp and Apple have declined to comment….. FourSquare is the king of check-ins, while competitor Gowalla was recently snatched up by Facebook — which already has its own check-in system. Google has also been pushing its own system. The alliance between Apple and Yelp could be the result of horse-trading; Apple gets the reviews, Yelp gets baked-in integration on a highly successful and highly desirable smartphone. Placing the check-in option right on the phone might give the service a serious bump in business, especially as Yelp attempts to expand. However, with so little information, it’s all just typical Apple crystal ball gazing.” The iOS6 is slated for release this fall, so answers will come then. Read the whole story here. 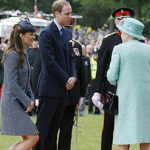 From Styleite: There are some new royal rules over in the United Kingdom, and they effect the beloved Princess Kate Middleton. Reports Styleite, “Queen Elizabeth has updated the Order of Precedence, which lists the hierarchy within the Royal Household, and the change affects our precious Kate Middleton. According to the Order, when Kate is not accompanied by Prince William, she has to curtsy to the “blood princesses” — Princess Anne, Princess Alexandra, Princess Beatrice, andPrincess Eugenie. But when Kate is with Will, she only has to bow to the Queen, Prince Philip,Prince Charles, and Camilla. The Telegraph reports that the new rule follows the precedent set when Prince Charles married Camilla in 2005, and Queen Elizabeth changed the Order based on ‘blood principles’… And it goes without saying that everyone has to curtsy to the Queen.” Read more about the new orders here. 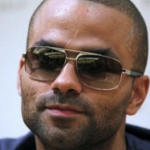 From SportsGrid: The Drake v Chris Brown bar brawl drama just won’t seem to end. Now it seems that Tony Parker, who endured an injury in the spat, is more seriously hurt than originally thought. It may even affect his future career as a player. Writes Sportsgrid, “Apparently Parker ‘could miss the Olympics,’ which start July 29 for the French basketball team (against the U.S.). He’s also suing the club for $20 million, which seems a bit excessive. Parker sounded distraught, adding that ‘an eye is so fragile… but that’s life… The rest of my career is not in question.’ We hope Parker’s OK in time to give the U.S. a much-needed challenge in the Olympics, but if we learned anything in this little riff, it’s this: If you (reportedly) cheat on Eva Longoria, you’re just asking to almost lose an eye. And you must have bad eyesight in the first place.” Read more of what Sportsgrid has to say here. 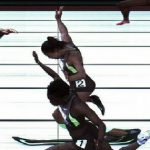 From The Mary Sue: Though the Olympics have been around for centuries, it seems like regulations surrounding them are still being put in place. Most recently, the U.S. women’s Olympic sprint team has resorted to a coin toss to determine eligibility. Reports The Mary Sue, “After months of training and a strenuous 100k sprint, all that stands between either Allyson Felix or Jeneba Tarmoh and the United States Olympic sprint team may be a mere coin toss. During qualifying trials for the upcoming London Olympics, the two runners finished simultaneously, crossing the finish line at 11.068 seconds in third place, a time which would net one of them a place on the US team. In fact, they finished so close together that not even the finish-line cameras, which can capture motion at up to 3,000 frames per second, could help accurately determine the winner.Facing an unprecedented tie, US track officials spent 24 hours deliberating over how to choose a winner. They announced that both athletes would be given a choice between breaking the tie with a coin toss or a run-off. If both women agreed to a method, that method would be used; if there is a disagreement, they would resort to a run-off.” Read more about what might happen (and also see the awesome picture) here. 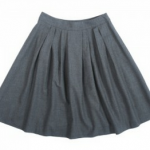 From The Jane Dough: The ridiculousness of reactions to women’s complaints about verbal harassment continues. This time, in “Blaming the Victim 101” as The Jane Dough terms it, subway officials in Shanghai control the catcalling by how they choose to dress. Reports The Jane Dough, “Women in Shanghai held a mass subway protest over the weekend, after a blog entry from the Shanghai subway ordered its female customers to wear more conservative clothing. Miniskirts, low-cut tops and sheer fabrics were targeted in the post, which encouraged women to “cherish themselves” — presumably by wearing a turtleneck and knee-grazing burlap sack in 80-degree weather… But while pushing that whole “conservative clothing = self-respect” equation was bad enough, the Shanghai Subway Company’s blog post delivered an even more insidious message: It argued that women who wear (what is, by its estimation) inappropriate clothes are inviting sexual harassment, according to China Daily. Wearing something sexy? It means you want to be harassed, apparently. Because that’s what women do: We open our closets, look around and say, ‘Gosh! I wonder which shirt will get a guy to grope me on the way to work today!'” Read more of The Jane Dough’s thoughts here. 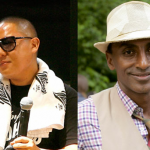 From The Braiser: Eddie Huang has a lot of things to say about a lot of things (i.e., his amazing Girls recaps), but this time he’s calling out fellow celebrity chef Marcus Samuelsson. Reports The Braiser, “Eddie Huang’s op-ed today in The Observer calls out the Swedish-turned-American chef for placing the high-priced, gentrification-ready Red Rooster in Harlem, especially since Huang perceives Samuelsson’s take on Harlem — both in the restaurant and in his memoir [Yes, Chef] — as inauthentic, ‘anachronistic,’ and landing squarely on ‘the intersection of Stigma St. and Stereotype Blvd.’… In his eternal quest for the Authentic, Huang took rapper and Harlem native Shiest to Red Rooster to confirm his suspicions (because ‘who am I, a Taiwanese-Chinese Stuytown resident by way of Pittsburgh, Orlando, and D.C., to stick up for the real Harlem?’ he asks, rightfully so). As Shiest blasts the clientele… the prices… and the hollowness of the restaurant… Huang wonders why Samuelsson, the man who makes really, really good Swedish meatballs with lingonberries, is now the man with the authority to talk about soul food.” Read more from The Braiser here.