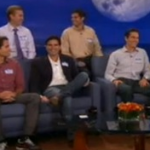 From Mediaite: Mitt Romney’s sons are spilling secrets. The presidential hopeful’s five sons appeared on Conan on TBS Wednesday night,  and told all sorts of juicy information about their dad. Reports Mediaite, “we learned that Romney may or may not be able to Moonwalk, loves to sing (particularly the songs of Roy Orbison and the refrain ‘Taco, burrito / Something’s coming out of your Speedo’), and has fine, exquisitely carved hair. And, in a very honest moment, the five shared that, while they truly believe Romney is the best choice to lead this country, they’re worried about what his being in office might mean for their family and personal lives.” Read more and watch the clip here. 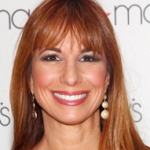 From Gossip Cop: Real Housewives rumors: Is Jill Zarin re-joining RHONY? Despite the claim of Zarin’s return by OK!, Gossip Cop says don’t hold your breath. Writes Gossip Cop, “The former reality star, who claimed in February that she was asked back to the show (never happened), appears to have planted yet another tale about her rejoining the series. This week, OK! reports that… a supposed ‘show insider’ as saying, ‘Bravo really wants to add Jill back to the franchise to boost ratings.’ Adds the alleged source, ‘The show has taken a nose dive from last season.’ However, Zarin is still sore from being ousted last season, says another supposed insider, who reveals, ‘It would take a lot of groveling and a hell of a lot of money for Jill to return.’ Nonetheless, the so-called pal notes that Zarin ‘would be open to a few guest appearances.'” Read the full article here. 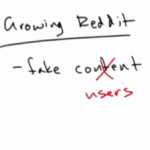 From Geekosystem: Red(dit) alert: when the site started, it was comprised almost entirely of fake users. Reports Geekosystem, ” Reddit has never been a place where you could necessarily connect one user with one account. Parody accounts are commonplace — to a fault if you ask some — and there have been more than one fiasco involving users who pretend to be different people with different accounts; it’s crazy. It’s also extremely fitting. Why? Because when Reddit was first started, it was populated almost entirely with content submitted by fake users. In a video for online educator Udacity, Reddit cofounder Steve Huffman explains both the method, and the reasoning behind it. Essentially, Huffman set up a submission interface through which they could pick not only the URL and the title, but also the user’s name. Upon submission, the name would be registered, and make it look like Reddit had more users than it actually did.” Read more about their “fake it ’til you make it” strategy here. 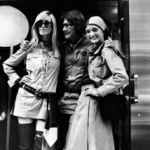 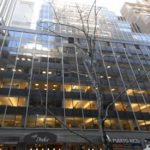 From SportsGrid: Another media outlet hit by the economy. This time, Sports Illustrated. Reports Sportsgrid,  “On June 15th, the New York Times’ Richard Sandomir and Christine Haughney reported that Sports Illustrated might be trimming its editorial staff in the very near future. Today we’ll know more, because today is the day that some of SI’s writers and editors might be leaving voluntarily. Terry McDonell, the editor of the Time Inc. Sports Group, asked his staff to volunteer for buyout packages by June 21st (today), and depending on how many people volunteered, he’d decide if layoffs to the magazine’s 210-person editorial staff were necessary. It’s a tense moment for the most important sports magazine in the country, and the mood in the SI newsroom is likely an uncomfortable one right now. We reached out to a number of SI employees for comment, but they were understandably hesitant to give their thoughts, even anonymously (one popular staffer told us he wouldn’t touch the story ‘with a 10,000-foot pole’). Read the full story here. 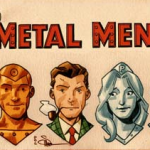 From The Mary Sue: Warner Bros. has recently made a few big announcements, at least for the geek world! Besides that they’ll be restarting their Justice League film project, they’re adding another film to their large list of current productions: The Metal Men. Reports The Mary Sue’s Jill Pantozzi, “The Metal Men (and women) are coming to a theater near you from Men In Black 3 director, Barry Sonnenfeld. No idea who the Metal Men are? I’m not surprised. Allow me to explain. The Metal Men are not as popular as the Justice League in the DC Universe, that’s for sure. But that doesn’t mean they aren’t a really interesting team. The characters were created by writer Robert Kanigher and artist Ross Andru back in 1962. They are artificially intelligent, liquid metal robots who were invented by genius Dr. William Magus (aka Doc Magnus). His invention, the Responsometer, is what’s responsible for bringing them to life and giving them unique personalities that relate to their metals.” Read more about them here.

From The Jane Dough: A new study has confirmed what seemed to be obvious: most people aren’t morning people. According to the U.K.-based study, “Six out of 10 participants say waking up in a sour mood is the norm for them, and people get up on the wrong side of the bed an average of two times a week. That means there are more good days than bad days at the office, and negativity can be quite an overpowering emotion. So what do we all have to be so darn morose about? A bad night’s sleep immediately followed by intense professional demands, says the study. Some begin their days feeling nasty for no reason at all… But cheering up before noon isn’t impossible. The participants said a hot shower or cup of tea or coffee could pull them out of their state of malaise. Twenty-six percent of participants said that they often feel better once they arrive at work, so it’s not all grump, all the time for most.” Read more of the findings here. 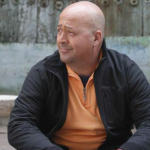 From The Braiser:  Sitting down with a legend: The Braiser’s Verena Von Pfetten was lucky enough to spend almost a full hour with Andrew Zimmern during last weekend’s Food & Wine Classic in Aspen. He had incredible things to say on topics ranging from the new season of Bizarre Foods, L.L. Cool J, and why he and Bourdain are the luckiest men on TV. Our favorite quote? “I really felt that in a world where we define ourselves by our differences, if we could have a show about discovering culture through food and learning about it, then we could have conversations about the things we have in common, and have patience and understanding for people’s skin color, political belief systems, and what have you,” says Zimmern. Read more of the interview here.