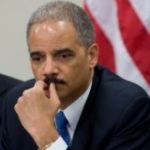 From Mediaite: Obama is using his executive privilege for the first time. Reports Mediaite, “The Department of Justice has said President Obama is asserting executive privilege over disputed documents related to Operation Fast and Furious, the botched gun-running operation that has Attorney General Eric Holder in hot water. The move means the DOJ can withhold the documents from the House Oversight Committee, whose hearing to consider Holder in contempt of Congress has begun. In response, panel chair Darrell Issa said the ‘untimely’ move from the DOJ isn’t reason enough to delay the proceedings. Specifically, ‘Issa’s committee wants documents that show why the Department of Justice decided to withdraw as inaccurate a February 2011 letter sent to Congress that said top officials had only recently learned about Fast and Furious.’ According to CNN, a DOJ spokesperson ‘reiterated Holder’s position that the documents would show Holder had nothing to hide about his role in Fast and Furious.'” Read more about Fast and Furious here. 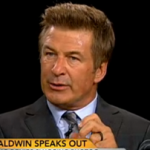 From Gossip Cop: Yesterday, Alec Baldwin got into another fight – this time with a photographer from the New York Daily News, Marcus Santos. Baldwin shoved Santos, and it was captured on tape. Today, Baldwin defended himself in an appearance on Charlie Rose’s talk show that was later re-aired on “CBS This Morning.” Reports Gossip Cop, “In the clip, Baldwin claims he was not the aggressor in his shoving match with shutterbug Marcus Santos and denied once again punching Santos with his fist. To the contrary, says Baldwin, Santos “almost hit” the actor with his camera and has ‘baited me before,’ even allegedly camping out in front of Baldwin’s house. The ’30 Rock’ star, who was promoting To Rome With Love with co-star Penelope Cruz, says that the story of him ‘slugging’ a photographer, unprovoked, in front of a courthouse ‘crawling with cops’ simply is not true. ‘I’m dumb, but I’m not that dumb,’ says Baldwin. Watch the clip and read more here. 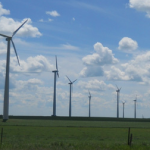 From Geekosystem: Looking towards the future, renewable energy sources are necessary. A new study brings hope. Published by the National Renewable Energy Laboratory (NREL), it finds that renewable power could contribute up to 80% of the nation’s electricity needs by 2050 using existing, commercially available technology. Writes Geekosystem, “Though the transition won’t necessarily be easy, the report is a strong endorsement of expanding renewable power. The report, which bills itself as ‘the most comprehensive analysis of high-penetration renewable electricity of the continental United States to date,’ found that with continued investment in renewable power and a smarter power grid, the U.S. could generate most of its power from renewable sources by 2050. The report is highly detailed, but NREL has also provided a number of useful visualizations to outline their projected growth in renewable power.” Read the full article here. 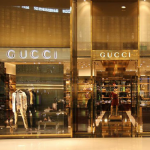 From Styleite: More fashion lawsuit drama, this time with the ongoing Gucci v Guess saga. Reports Styleite, “In May, Guess and its shoe licensee Marc Fisher Footwear lost a three-year battle to Gucci. The Italian luxury house was only awarded $4.7 million, despite asking for $221 million. WWD originally reported that Guess had to pay $2.1 million and Fisher had to pay $2.6 million to Gucci in damages. But then it was reported that Gucci would actually be awarded $4.61 million, with Guess paying $2.3 million, Fisher paying $1.9 million, and the difference being paid by several of Guess’s other licensees involved in the suit. And then on Monday, the Manhattan Federal Court drastically reduced Fisher’s $1.9 million sentence to a mere $456,183. Pennies!” Read more, including statements from Guess and Gucci, here. 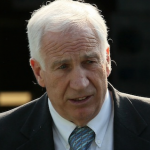 From SportsGrid: More developments in the case of Jerry Sandusky, former Penn State assistant football couch, who is being tried for 51 criminal counts of sexual abuse related to 10 boys over a 15-year span. Reports Sportsgrid, “Sara Ganim, the Pulitzer-Prize-winning reporter for the Harrisburg Patriot-News, who was the first to report a grand jury was investigating Sandusky, admitted today to giving a member of one alleged victim’s family contact information for an investigator to help them make their case. In doing this, though, Ganim opened the door for Sandusky’s lawyers to attack. Why? His defense has come out as saying he has not been put through a fair legal process, and institutions like media organizations have always assumed his guilt while ignoring potential evidence of his innocence… As inevitable as it is to be affected by the details of the case, though, it results in a major issue for the trial. The bedrock of our country’s legal system is due process, and the idea of being innocent until proven guilty. If Sandusky’s lawyers can convince the judge Sandusky took the stand and was already guilty in the eyes of the jurors, it will be provide the defense with considerable leverage.” Read the full story here. 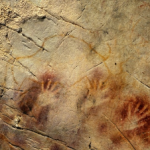 From The Mary Sue:  Changing the way you think about ancient history. Reports The Mary Sue, “Famous cave paintings that mark the walls of Europe may not actually be the first example of humanity’s artistic prowess — in fact, Neadenthals may be Earth’s earliest painters. The widely known cave paintings, which largely depict hunters, animals, and handprint outlines, were originally thought to date back 30,000 years ago. However, this date may prove incorrect in light of novel technology that uses the thickness of mineral deposits, not carbon dating, to measure the age of these early masterpieces. João Zilhão, an archaeologist at Spain’s University of Barcelona, and Alistair Pike of the United Kingdom’s University of Bristol dated 50 paintings in 11 Spanish caves. According to Wired, ‘some handprint outlines are at least 37,000 years old. Several red circles are at least 41,000 years old and may be several thousand years older. That’s 10,000 years older than paintings in France, which until now were considered the oldest cave art.’ That would mean that if these paintings had been done by modern humans, they would have had to arrive in Europe with a tradition of symbolic painting, something very unlikely based upon current archaeological knowledge… Or, perhaps these paintings weren’t created by Homo sapiens at all.” Read more here. 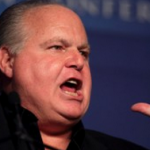 From The Jane Dough: Rush Limbaugh does not have a great history of dealing with women. Reports The Jane Dough, “This week, Rush Limbaugh decided to add a group of nuns in the Leadership Conference for Women Religious to his ever-growing list of ‘Feminazis.’ The ladies’ crime? Voicing support for the Affordable Care Act. The nerve of them. Now, we’re not saying that it’s appropriate for him to call anyone a ‘Feminazi.’ But calling nuns Feminazis struck us as especially ridiculous. And it got us thinking: Which other women have felt Limbaugh’s wrath?” The Jane Dough has compiled a near-complete list of the notable women he’s smeared, slammed or insulted in public, though there are certainly plenty more. See Limbaugh’s fourteen most misogynist moments here. 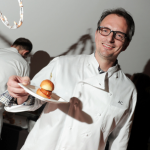 From The Braiser: Andrew Carmellini announced today that he is opening a new restaurant in New York. He will work with partners Luke Ostrom and Josh Pickard to open a French restaurant in the old Chinatown Brasserie, which closes today. Reports The Braiser, “Despite the fact that the news has New York foodies biting their nails in anticipation, the three have very few of the details worked out, beyond the French concept. They’re also hesitant to talk about what decisions might have been made, since everything’s still in the planning stages. However, one of the few things they were willing to confirm might just be the only thing anybody actually cares about: Andrew Carmellini will be up in the kitchen, cooking your food. The group hopes for the restaurant to open at the end of the year, so it’ll probably be some time before we get any more information. In the meantime, you can bide your time at his other two restaurants,Locanda Verde if you’re looking for Italian, or The Dutch if you’re more in the mood for American cuisine.” Read more here.