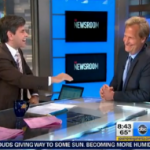 From Mediaite: Newsroom, Aaron Sorkin’s new HBO drama, has been making big news. The latest? Keith Olbermann thinks a character is based on him. Mediaite reports, the show “focuses on a controversial news anchor and the dramatic interactions he has with his production team and network executives, has become the subject of controversy even before the first episode airs. Former MSNBC and Current TV anchor Keith Olbermann told the New York Times last week that ‘this is the second show [creator Aaron Sorkin] has done about my life.’ Sorkin shot down that interpretation in a magazine interview on Friday and, today, actor Jeff Daniels told Good Morning America that he is not playing Olbermann in this program. Daniels said that the show’s writing team decided to create an entirely fictional news personality and insert them in the world of established television personalities that are on the air today. ‘Aaron never said, by the way, this is based on so-and-so,’ said Daniels. ‘Never said it.'” Read more and watch the segment here. 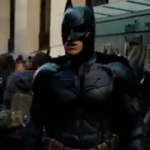 From Gossip Cop: A new The Dark Knight Rises trailer! This one is courtesy of Nokia. Reports Gossip Cop, “It remains to be seen whether the last installment of Christopher Nolan’s Batman trilogy will reach Avengers-like heights at the box office, but it’s definitely among the most anticipated movies of summer.Christian Bale, Anne Hathaway, Gary Oldman, Morgan Freeman, Michael Caineand Tom Hardy do their thing in the latest preview, chock full of new footage. The movie opens in July.” Watch the latest trailer here.

From Geekosystem: Yesterday, Geekosystem about the future and how it may have arrived in the form of electric cars which can power your home. Today, they’re writing about even more futuristic endeavors with vehicles – cars that can drive themselves. Writes Geekosystem, “Simply put, a driverless car is a vehicle that doesn’t require human input to navigate. Attempts to remove the driver from the equation have been attempted as early as the late 1930s when engineers “drove” a car with electronics embedded in special roads, all the way to the present day with advanced GPS or light detecting and ranging (LIDAR) systems. Most of the modern examples of driverless cars rely on varying sensor packages tied to computer systems to help the car figure out its location in space. Many use GPS, which as smartphone users know, gives you a pretty rough idea of where you are. Coupled with that are sytems like LIDAR, which can figure out how close the car is to another vehicle, the edge of the road, or anything else a car might encounter.” Read about specific developments through history, as well as their future, here. 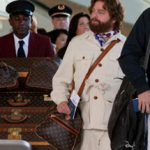 From Styleite: Louis loses. Louis Vuitton, that is. The popular fashion brand has lost a lawsuit they filed against Warner Brothers, claiming use of a counterfeit Louis Vuitton product in a scene of The Hangover II. Reports Styleite, “In one scene of the film, Zach Galifianakis‘s character Alan carries LVM monogrammed piece through an airport, telling his friends, ‘Careful, that is a Louis Vuitton.’ Of course, the LVM monogram and Galifianakis’s mispronunciation of the brand (‘Lewis Vuitton’) were major indicators that the film was just poking fun at Vuitton. But the company wasn’t buying it, so they filed a suit against Warner Brothers. They claimed that the studio used fake bags produced by a known counterfeiting company called Diophy, WWD reports. Vuitton asked that all copies of the movie and promotional material that included the airport scene be destroyed, as well as profits from the film (which grossed around $580 million) to be given to them. In Manhattan Federal Court on Monday, judge Andrew Carter dismissed the case because Vuitton’s claims were ‘not plausible’ or ‘particularly compelling.'” Read the full story here. 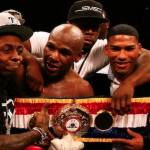 From SportsGrid: Who is the world’s highest-paid athlete? And what’s he doing to earn all that money? Well, he’s sitting in jail. Reports Sportsgrid, “Tiger Woods, who was the world’s highest paid athlete for as long as we can remember, just lost his crown.The guy that passed him? He’s sitting in a jail cell. Floyd Mayweather Jr. overtook Woods as the top earner in all of sports. And Mayweather’s pseudo rival, Manny Pacquiao, also passed Woods. Tiger three-shotted the list and came in at third, dropping two spots. The most interesting part about that: Tiger is by far earning the least from his sport out of any athlete in the top 10. Of the near $60 million reported of Tiger’s earnings, $55 million was through sponsorships. Mayweather’s major wild-card is that he’s self-promoted. He jacks up his earnings on fights, and doesn’t have to pay a middle man.” Read more here. 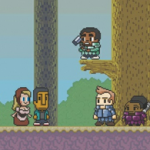 From The Mary Sue: More drama for NBC’s Community, and as much as The Mary Sue loves the show, they have to root against them on this one. Reports The Mary Sue, “Family Guy’s Seth McFarlane and The Simpsons’ creator Matt Groening are all riled up over Community. And no, it isn’t because Dan Harmon is gone. A group of creators, producers, and other staff involved in animating wildly popular shows such as American Dad and Futurama, recently released a letter condemning the inclusion of Community in the Emmy category for animated programs, in addition to being eligible for awards in the comedy series and writing categories. Animated shows are not allowed consideration in non-animated writing categories, yet the reverse seems to be fine by the Academy of Television Arts and Sciences, the ultimate arbiter in the matter of which shows are up for which awards.” Read their original letter and the Academy’s response, as well as read the full article, here. 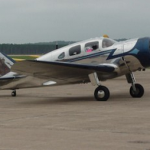 From The Jane Dough: Airport security and air travel has been tough in recent years, but now a new study shows that it may be especially tough for women. The study, released by the British chief inspector for borders and immigration, found that women are disproportionately singled out for strip searches at London Gatwick Airport. Reports The Jane Dough, “And the ‘reasons’ for the strip search may not have been exactly legit. The report… showed that while men were more likely to be called aside for routine searches at security stations, women were way more likely to see those ‘routine searches’ turn into strip searches. In fact, more than half of the women who were stopped and inspected by border patrol ended up in some kind of strip search — a figure rendered even more staggeringly absurd when compared to the rate of strip searches among guys stopped at the border. Just 20 percent of dudes held by border agents were asked to disrobe.” Read more about why here. 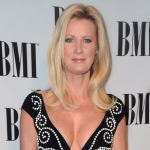 From The Braiser: Sandra Lee is continuing to grow her culinary and media empires. Reports The Braiser, “Page Six drops some some big news about Semi-Homemaker Sandra Lee: she’s producing two more shows for theFood Network that involve Real Restaurants. The first, ‘Restaurant Remakes,’ will involve Lee going into ‘famous eateries’ and highlighting their signature dish, then showing viewers how to recreate them at home. (Cross your fingers that ‘Oyster and Pearls’ doesn’t make its way into the show.) The second, ‘Cocktail Club,’ is also going into production this summer, where ‘she visits hot spots in LA, Vegas and New York, tries out drinks and demonstrates how to make them.'” Read the whole story here.