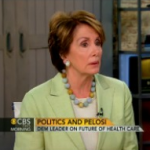 From Mediaite: What will happen with the Supreme Court’s Obamacare decision? House Minority Leader Nancy Pelosi predicts that SCOTUS will uphold it in a 6-3 decison. Reports Mediaite, “On CBS This Morning, Nancy Pelosi told host Charlie Rose she expects the Supreme Court to rule in favor of the constitutionality of the health care law. The court is expected to hand down a ruling by the end of the month. Rep. Pelosi, who was Speaker when the Affordable Care Act passed in 2010, predicted a 6-3 decision that would uphold the law. ‘I think we are ironclad on the constitutionality of the bill,’ she said, but she added that Democrats are ready ‘for any eventuality.’ When pressed by Rose on what Democrats would do in the event that the bill is struck down, Rep. Pelosi ran through the various rulings the court could hand down without offering any specifics on a potential legislative response. She made it clear that Democrats should continue to promote popular elements of the bill with the public, arguing that Americans have ‘become used to’ many of the provisions of the law that are already in effect.” Read the full article here. 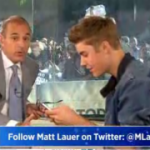 From Gossip Cop: In today’s hilarious and adorable news, Matt Lauer enlists the help of someone very famous to join Twitter – Justin Bieber. In an effort to gain 750,000 Twitter followers by Tuesday. Reports Gossip Cop, “Without knowing how to send out his first tweet, Lauer gave his iPhone to The Biebs, who instead of just firing off a regular first message, used the opportunity to once again plug his upcoming ‘Believe’ album. ‘Hello. Everyone go buy Justin bieber’s album #believe coming out June 19th,’ read the tweet. Within minutes of the singer using his own account to announce the arrival of ‘@mlauer,’ the ‘Today Show’ host became a trending topic and amassed tens of thousands of  followers.” Behold the power of Bieber fever. Watch the full video and read more here.

From Geekosystem: Ethiopia is not a good place to be an internet user currently. Today, the country has criminalized Skype calls and furthered their control over information. Reports Geekosystem, “Several news outlets are reporting that the Ethiopian government passed legislation criminalizing the use of voice over IP services like Skype on May 24th that has unto now gone widely unreported by the international press. The law appears to have given the Ethiopian government wide ranging control over electronic communication in the country, including the power to imprison individuals for up to 15 years for using a VoIP service. The legislation is designed to prop up the country’s state-owned ISP Ethio-Telecom, whose business could take a hit by users opting not to use standard telephone service. However, the legislation conveniently mentions national security concerns, and the government is reportedly claiming the right to monitor communications and issue licenses for approved pieces of technology. This last point seems to be far more important than perceived threats to a telephony monopoly… The transmission of information — specifically, voice or video — over social media also appears to have been made illegal.” Read more about the penalties, as well as how it will effect internet users and reporters there, here. 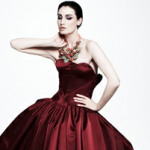 From Styleite: A Styleite exclusive with Zac Posen. Our editors arrived to view the  Zac Posen and Z Spoke by Zac Posen resort collections, and were treated to a walk-through byPosen himself. Reports Styleite, “First the affable designer showed off his lower-priced Z Spoke line, which now includes a capsule of evening gowns that retail for around $1,000, making them significantly less expensive than those in his signature line. While the wares are less opulent, they compromise very little in terms of design or quality. The dresses are as flattering as you would come to expect from Posen creations, which is to say: very. The collection is also filled with flirty cocktail dresses, sophisticated separates, and some major outerwear… [Then] we were shown the jaw-droppingly gorgeous gowns in his namesake collection. The construction on Posen’s structured-yet-feminine frocks is even more impressive in person, from seams that cascade into drapes to on-the-spot customizable sleeves. Nipped waists and fishtails abound, the pieces are glamorous beyond belief.” Read more about the visit and see pictures here. 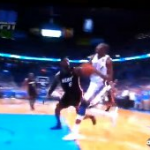 From SportsGrid: The NBA Finals continued last night with game two, where the Miami Heat inched out a win over the Oklahoma City Thunder, 100-96. Of course, no close game ends without controversy. Reports Sportsgrid, “Last night, that controversy mainly centered around a play in the final minute with the Heat clinging to a two-point lead, and needing to get a stop. They got that stop, and LeBron iced it at the line with two free throws. That stop, though, included some contact between LeBron and Kevin Durant – contact that could have been called a foul, but wasn’t. On the one hand: yes, could have been called a foul. Arguably – and you would be far from alone in making this argument – it should have been called a foul. But also – so may talk about how the refs should just swallow their whistles and let ‘em play late in close games. What was this, if not that exact scenario? A foul is going to have to be more obvious than usual to be called at that stage of the game.” The Heat won, and the series is now tied 1-1. Read the full story and watch the play here. 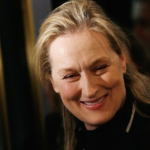 From The Mary Sue: Meryl Streep is asking a very, very valid question. “Doesn’t Hollywood want women’s money?” asks the actress. Reports The Mary Sue, “As we know, there is a dearth of women working behind the scenes in Hollywood, even if we have seen a slight improvement since the 1990s. But when I say ‘improvement,’ don’t get too excited… ‘Improvement’ over the course of 14 years amounts to one percent. In politics, that’s within the margin of error, so it might not even be that accurate. This means less movies that are geared directly to women. And now, one of the women who usually appears in front of the camera, Meryl Streep, is using all that attention we pay to her to ask a very important question: ‘Why? Why? Why? Don’t they want the money?’ Streep is referring, of course, to Hollywood not wanting to make bucketloads of money on movies that are geared towards women and, instead, spending tons and tons and tons of money on big-budget action flicks to which audiences may or may not respond.” The Mary Sue feels that women have equally as good stories to share as men, and Hollywood should take Streep’s question seriously. Read more here. 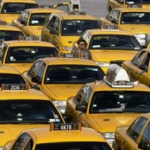 From The Jane Dough: Mini-skirt profiling is coming to a corner near you, thanks to a new NYC bill which aims to make it illegal for cabbies to pick up prostitutes (and get royalties for transporting them). Reports The Jane Dough, “It’s an aggressive — albeit bogglingly difficult to enforce — initiative to curb the traffic that’s trafficking.The new bill will strip an offending cab driver’s license and fine him or her $10,000 for a repeat incident. In other words, delivering sex workers to and fro could financially ruin a person. But while the bill is all but a done deal, that didn’t stop New York City’s other nocturnal pros (bartenders, waitresses, et al) from protesting en masse — and en little else. A crowd of scantily dressed ladies met at City Hall this morning according to the New York Post, to prove that sexy clothes are de rigueur in any number of careers. And they make a very valid point.” Read more about the debate, and why The Jane Dough believes this penalty is unfair, here. 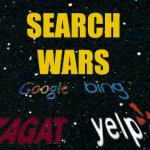 From The Braiser: Do you think Bing is silly? Will you continue to use Google? Despite the fact that many internet users answer yes to both of these questions, Bing’s not giving up their efforts yet. Reports The Braiser, “To compete with Google’s recent rollout of search results integrated with Zagat reviews, Bing announced that they, too, would do the same thing, but this time with Yelp reviews. It seems like they both need each other right now as Google continues its quest to conquer the world and space: ‘Google’s decision to highlight Zagat in its influential search results threatens to divert traffic from Yelp,’ notes the AP via Huffington Post. ‘Joining forces with Bing makes sense for Yelp because both online services are locked in battle against Google to attract more advertising from local merchants.’ At this point, though, it’s a bit helpless, because Google’s search engine market share is still more than four times the size of Bing’s.” Read more here.