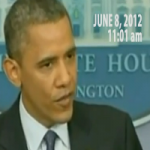 From Mediaite: Mitt Romney is going on the offense in the 2012 Presidential Election. His campaign has revealed its first negative ad against President Barack Obama. Reports Medaite, “The 30-second ad is the first of the general election season to come from the Republican campaign and takes advantage of the President’s widely discussed ‘private sector’ gaffe. The ad is a departure from Romney’s previous ads which were positive spots. Those ads, like ‘Day One,’ which focused on the first day of Romney’s presidency, did not avoid attacking the President directly but spent the majority of the time discussing Romney’s reforms.” They used Obama’s gaffe in a 60-second web ad on June 10, but now the 30-second spot could see air time. It is likely these ads will run in key battleground states. Watch the ad (and read more) here. 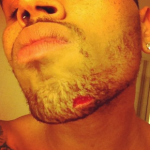 From Gossip Cop: Chris Brown just can’t seem to stay out of trouble. Last night (or early this morning), he got into a bar brawl with Drake and his entourage, sustaining an injury to the chin, of which he later tweeted a picture (though it has since been deleted.) Reports Gossip Cop, “Police were called to WIP, a SoHo hotspot, after a brawl erupted between the two groups, law enforcement sources confirm to Gossip Cop. There were no arrests, and neither Brown nor Drake was on the scene when cops arrived. We’re told four men and a woman were taken to the hospital with lacerations, none critical. It’s unclear, as of now, whether Brown was among those who went to the hospital.” Read more, see the Twitter picture, and stay updated on the situation here. 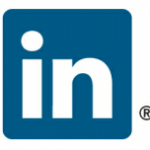 From Geekosystem: The Linkedin woes continue. After their recent password breach, in which 6.5 million Linkedin usernames and passwords were released on the internet, data has been compiled showing just how much of a disconnect there exists between the site and its users. Reports Geekosystem, “A new report shows that LinkedIn’s attempts to warn users were hampered by the fact that nobody likes to read emails from LinkedIn… This is bad news for LinkedIn, as it demonstrates the communication problem the company has with its users. According to Cloudmark, the password warning emails were manually marked as spam by 4% of users. That might not seem like an awful lot, but their data showed that around 1% or less of emails from Pinterest, Flickr, Tumblr, and Facebook were marked as spam. Worse yet, their data also showed that over 2% of LinkedIn emails in general are marked as spam — well above the next highest on the list.” Read the full article here. 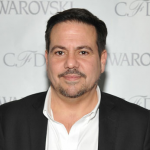 From Styleite: Kohl’s seems to be aiming to step up their fashion game. Narciso Rodriguez, a popular American fashion designer and CFDA award-winner is launching a limited-edition collection with the retailer, reports WWD. From Styleite: “The Michelle Obama-approved designer created a capsule collection for Kohl’s and that Rodriguez’s line is the first of several collabs that the retailer is debuting this fall. Rodriguez is known for his red carpet creations that are regularly worn by the likes of Claire Danes, Julianna Margulies, and Rachel Weisz, but it looks like he’s intent on making a mark in mass retail. Rodriguez last partnered with eBay on an eight-piece collection in 2010. Kohl’s is equally serious about having a hand in the fashion industry. The retailer already sells lower-priced designer lines like Simply Vera Vera Wang and LC Lauren Conrad. But can Kohl’s really become the next Target or H&M?” Read the whole story here. 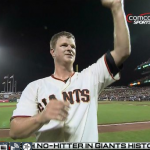 From SportsGrid: Big baseball news, as Major League history continues. Last night, Matt Cain of the San Francisco Giants threw a perfect game, the 22nd in Major League Baseball history and the first for the Giants. In their 10-0 win over the Houston Astros, Cain put out an impressive pitching effort to make his mark on baseball history. It was the second perfect game of this season. Reports Sportsgrid, “Even by perfect-game standards, Cain’s effort was phenomenal – he recorded 14 strikeouts and despite getting some help from a great catch in the outfield, has some wondering if last night’s game was the best ever pitched. We’ll let others have that debate – the perfect game is indisputable.” Also, there was a man there (at AT&T park) on a jetpack. Read more, watch video, and see the jetpack here. 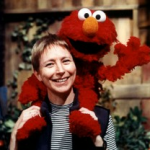 From The Mary Sue: R.I.P. Judy Freudberg, a woman who created many of the childhood memories for Generation Y. Freudberg was a writer for Sesame Street, The Land Before Time, and An American Tail — three significant contributions to the television and cinema of children of the 1990s. Reports The Mary Sue, “After a forty year career in children’s entertainment that began as a script typist for Sesame Street Workshop in 1971 and earned her seventeen Emmys, Freudberg died this week of a brain tumor at the age of 63. Though she started out just as a typist, four years later Freudberg was writing for Sesame Street full time, and was the co-writer on Sesame Street‘s first feature length movie, Follow That Bird in 1985. But perhaps her most prominent contribution toSesame Street was the creation of the Elmo’s World segment. You might never realize, based on Sesame Street’s cheerful facade, the amount of research and psychology that goes on behind the scenes to make sure that the forty-year-old television program remains engaging, relevant, and educational to its young audience, rolling with changes not just in children from decade to decade, but the rest of television.” Read more about Freudberg here. 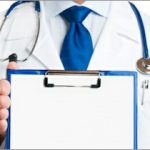 From The Jane Dough: The U.S. Preventive Services Task Force has released a newly drafted government proposal which aims to subject women to routine questions about possible intimate partner violence. The government-appointed panel of experts released its recommendation yesterday stating, “all women of child-bearing age could benefit from routine screenings for intimate partner violence.” The Jane Dough takes a closer look, and decides it won’t work: “First, I’d like to point out that lumping ‘all women’ together is a rocky start to any statement – just ask men. Next, child-bearing age begins at what, like 13? Routine screenings of 13-year-olds seem pretty intrusive and invasive. And what are these ‘routine screenings’ they speak of? The specifics on the ‘number of available tests’ are unclear according to most reports, but the proposal gives a brief list and explanation. The top tests consist of questions, either clinician or self-administered. The questions aren’t listed but I can’t imagine how a self-administered test would be even remotely effective. I can’t help but think that the ‘three or four’ questions asked by a doctor at a check-up wouldn’t unveil a secret of domestic abuse if the woman didn’t want to discuss it in the first place.” Read more of The Jane Dough’s opinion here. 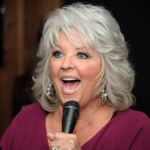 From The Braiser: Paula Deen’s creating a new food competition show, and it’s a little more intense than her usual Southern flavors. Reports The Braiser, “She’s calling it ‘Food Chain,’ basing it off an Italian cooking show called Cuochi e Fiamme. The format, which Eater describes as a cross between Chopped and Iron Chef, involves two amateurs cooking the same dishes for a three-course meal for a panel of judges. Of course, there are all sorts of crazy rules (only 30 seconds to get pantry ingredients, for instance) and fancy lighting and the judges are going to have to be harsh and unforgiving, which makes one wonder how passive-agressive Southern charm will work on this. Maybe that’s why she’s shopping it on non-Food Network channels.” Read the full article here.