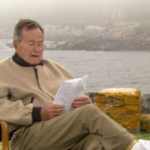 From Mediaite: Happy 88th Birthday, George H.W. Bush. To celebrate, NBC’s Today Show special correspondent Jenna Bush-Hager sat down with her grandfather for an interview that “touched upon his son, former President George W. Bush, the perils of aging, and thoughts on inevitable death.” Reports Mediaite, “Surprisingly chipper despite reports of severe health problems, Bush told his granddaughter that ‘Aging is all right. Better than the alternative: not being here.’ In 1944, Bush’s plane was shot down over the Pacific Ocean. He was the lone survivor of the crash, and so his granddaughter wondered, ‘Do you feel like you used that second shot at life to the best?’ ‘I’m sure I could have done a lot of things better,’ Bush replied. ‘It’s been a fulfilling time of my life, a lot of experiences, including being President of the United States. Not too shabby.’ ‘You did say you’re not scared about death at all, but do you think about it?’ Bush-Hager asked. ‘Yeah, I do,’ Bush said. ‘Wonder what it’s like.'” Read more excerpts from the touching interview here. 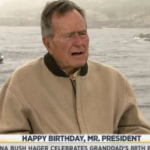 From Gossip Cop: More from George H.W. Bush’s birthday interview. This time, less serious. Reports Gossip Cop, “The conversation naturally turned to flashy socks… and Justin Bieber. Really. It turns out President Bush is a ‘sock man.’ ‘I like a colorful sock,’ he tells Hager, showing off the relatively ‘modest pair’ he wore to the interview. Hager then points out that people have been comparing Bush’s socks to Bieber’s. ‘Bieb… is he a sock man?’ wonders the former President. ‘I don’t know much about the Bieber.’ When Hager asks if her grandfather knows Bieber’s music and sings a few notes of “Baby,” the elder Bush is unimpressed.Bush responds, “Is that his song? I don’t think I’d like it.” Oh, snap!” Watch the video of Bush “dissing” Bieber here. 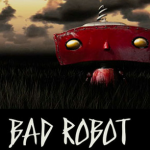 From Geekosystem: A new movie for geeks. Reports Geekosystem, “Remember all that handwringing that went on around the time as CERN prepared to fire up theLarge Hadron Collider? Some people were concerned that the enormous particle acceleratorwould destroy all life as we know it. Thankfully that turned out to not be the case, but it looks like someone thought it sounded like a dandy sci-fi flick. According to the Vulture, the forthcoming film will be called The God Particle — a name often given to the Higgs boson, a theoretical particle. …Writer Oren Uziel has already penned a script which has been picked up by Paramount Pictures. Thrown into the mix is J.J. Abrams’ production company Bad Robot. Though it’s unlikely that Abrams will be directly involved in the making of the film, the presence of his company only heightens the movie’s geeky cred. …Interestingly, the film is projected to have a teeny-tiny $5 million budget. It would seem that Paramount is hoping that the film will turn out like Paranormal Actitivity, which was made for only $15,000 but went on to bring in nearly $200 million. It might be a long shot, but this kind of low-cost gamble has paid off in the past — most notably with the incredible sci-fi film Moon, which also had a budget of $5 million. And you can see how it could work: The setting of a space station would mean few actors and sets, freeing up the remaining budget for Earth-vanishing special effects.” Read the full story here. 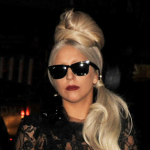 From Styleite: August and September look like they might be big months for Lady Gaga. And for us? A much-anticipated repeat performance! Reports Styleite, “Will Lady Gaga be Vogue‘s September cover girl? The pop star has already been photographed for the issue by Mert Alas and Marcus Piggott, WWDreports. Gaga is also believed to be debuting her first fragrance around the time that the September issue drops in August. Gaga already fronted Vogue‘s March 2011 issue, so this would be a repeat performance of sorts. And September issues are the most important of them all (you’ve seen the movie, right?), meaning this would be a very big deal! We’ll have to wait and see what goes down in just a couple months…” Read more and see Gaga’s previous vogue cover here. 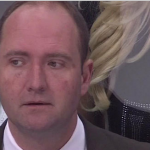 From Sportsgrid: The 2012 Stanley Cup has a victor! The LA Kings won the game, bringing the hockey season to a close. There was plenty of great hockey, sure, but the real breakout star was Taylor Stevens. Reports Sportsgrid, “Stevens, if you’ll remember, is a porn star who gained some attention during Game 4 thanks to seats that placed her right behind the Devils’ bench and allowed her to prominently feature certain physical attributes she possesses. And last night (with a full endorsement from DeBoer – and does anyone else love that Stevens actually became a topic DeBoer actually addressed as much as I do?), she was back again…  Of course, DeBoer didn’t have much to joke about this time around, considering his team’s season ended in a bitterly disappointing blowout loss. …And you can’t say she didn’t use any of her viral internet fame for the greater good: according to Puck Daddy, she’s auctioning off her behind-the-bench outfits and donating the proceeds to cancer research. Good on you, Taylor: see you next year, maybe. Or – well, I guess the best part is no one has to wait until next year. Your fans can see plenty of you whenever they’d like.” Read more here. 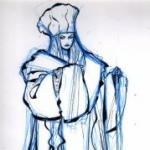 From The Mary Sue: Girl-led adventure film confirmed! Reports The Mary Sue, ” As we edge slightly closer to the November 23rd, 2013 release date of Disney’s new animated adventure film Frozen, Disney has presented eager fans with an official synopsis included within a recently published press release: ‘In Frozen, a prophecy traps a kingdom in eternal winter, so Anna (voice of Bell) must team up with Kristoff, a daring mountain man, on the grandest of journeys to find the Snow Queen (voice of Menzel) and put an end to the icy spell. Encountering Everest-like extremes, mystical creatures and magic at every turn, Anna and Kristoff battle the elements in a race to save the kingdom from destruction.’ Frozen will be computer animated and takes inspiration from Hans Christian Andersen‘s story The Snow Queen. Whereas his tale involves a boy falling under the evil spell of the Snow Queen, forcing his childhood female friend to save him, Frozen seems to be replacing the boy-in-distress narrative with an adventure story shared by both a girl and a man. Though Disney certainly seems to be working within the trend of female-fronted action/adventure films geared towards teens and children, most notably demonstrated by extremely successful release ofThe Hunger Games adaptation and the wildly anticipated Brave by Disney Pixar, it remains to be seen whether or not Frozen will give us the strong female lead and complex female villain young girls deserve. Hopefully Frozen will not fall into the obvious trap of letting the bravery of the mountain man overshadow Anna, allowing her to take center stage and save the day in her own right.” Read more of the press release and The Mary Sue’s article here. 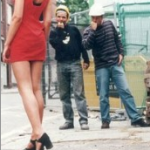 From The Jane Dough: Should catcalling be illegal? The Jane Dough’s Laura Donovan shares her thoughts: “Summer, my favorite time of year, is here. A misplaced Californian in dreary New York, I should be thrilled that the season I live for has finally arrived, but I’m actually dreading the coming months. Warm weather means I finally get to wear the gorgeous flowing Italian sundress that has been collecting dust in my closet since September, but also that I’m going to be more vulnerable to catcalling and inappropriate street harassment until fall rolls around. And I’m not alone. Countless times a day, women all over the world are targets of demeaning catcalls and street harassment, which, as anti-street harassment nonprofit HollaBack! puts it, “is one of the most pervasive forms of gender-based violence and one of the least legislated against.” Up until the campaign started, few had addressed the issue publicly, and it’s bothersome that something that has been proven to be detrimental to everyone could remain under the rug for so long.” Read more and watch the viral video that’s making us rethink catcall “compliments” here. 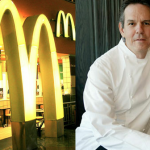 From The Braiser: Comparing Apple’s to oranges. Or McDonald’s to one of the most prestigious restaurants in the world. Same thing, right? Reports The Braiser, “In today’s forehead-smacking News Of The Day, McDonald’s ‘head chef’ (ie., ‘senior director of culinary innovation’…) Daniel Coudreau insisted that he and his kids all eat at McDonald’s once a week, and that the food is really not that bad for you. Really! ‘I don’t see anything on the menu that’s unhealthy,’ he said at an appearance while promoting the fast-food chain’s new banana nut oatmeal with fresh blueberries. Singing the praises of moderation, Coudreau assured everyone he allows his kids to order chicken nuggets, knowing exactly what goes into them and how they’re made. ‘I’m sure I could eat a 2,000 calorie meal at Thomas Keller’s French Laundry,’ he pointed out. ‘I feel that if we were to close our doors of all of the McDonald’s tomorrow, the obesity problem would not go away.'” Read the full article here.