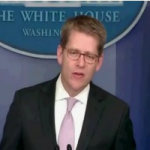 From Mediaite: The Press Secretary has something to say to the press. During a White House press briefing today, Press Sec. Jay Carney was asked “if it was fair of President Barack Obama’s White House to complain about a lack of context when reporting on Obama’s statement that the private sector is ‘doing fine’ when the Obama campaign regularly highlights statements made by Mitt Romney without context.” Carney’s response? “You all ought to do your jobs.”  Reports Mediaite, “Since the Obama campaign is protesting the out of context usage by the Romney campaign of the President saying the private sector is ‘doing fine’ on Friday, Carney was asked if the Obama reelection team will refrain from using any potentially damaging statement that Mitt Romney makes in the future without the appropriate context. ‘That’s a rather remarkable question,’ said Carney laughing… Carney repeated that the White House supports true and accurate reporting.” Read the full story here. 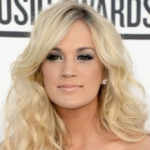 From Gossip Cop: Another supporter of gay marriage: Carrie Underwood. Reports Gossip Cop, “The devoutly Christian country star explains her position in a new interview with The Independent. ‘As a married person myself, I don’t know what it’s like to be told I can’t marry somebody I love, and want to marry,’ says Underwood. ‘I can’t imagine how that must feel. I definitely think we should all have the right to love, and love publicly, the people that we want to love.’ Underwood married hockey player Mike Fisherin 2010. The singer, who was raised in a Baptist church, says she and Fisher attend a non-denominational congregation she describes as ‘gay friendly.'” Other celebrities such as Jay-Z and President obama have also recently proclaimed their support of gay marriage. Read more here. 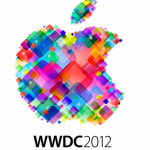 From Geekosystem: It’s always big news in the tech geek world when Apple makes an announcement. Today at  Apple‘s Worldwide Developers Conference 2012 (WWDC) brought Apple news, but of an unexpected kind. Reports Geekosystem, “When it comes to Apple hardware, the buzz is usually about the new iPhone or the new iPad. Apple didn’t get into either of those at WWDC 2012, but it did announce a whole bunch of new laptop tech that’s sure to get everyone salivating. Along with new versions of the MacBook Air and the MacBook Pro, Apple has announced an entirely new line of MacBooks, and boy do they ever look pretty. On top of that, they’re all shipping today.” Read all the specs here. 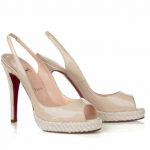 From Styleite: Ouch! Christian Louboutin’s in trouble again. Reports Styleite, “Christian Louboutin has lost a lawsuit against Zara, and has been ordered to pay $3,600 to the high street retailer. …According to Grazia, Louboutin filed a lawsuit against Zara in 2008 claiming Zara sold a pair of slingbacks that were far too similar to a Louboutin design. The Zara version cost around $70, while the Loubs cost nearly $700. Louboutin won the suit, but Zara fired back with an appeal in 2011, citing there was no way that a customer would confuse the two. Now France’s final court of appeal Cour de Cassation has ruled in favor of Zara (ouch) and has fined Louboutin (double ouch). But Louboutin’s general manager Alexis Mourot tells WWD that the company is not backing down: ‘Another red sole trademark application has been successfully registered and we will enforce this trademark against any infringers.'” This is not the first lawsuit or loss for  Louboutin has lost such a lawsuit – the brand is trying to appeal that nasty infringement suit decision against YSL. Read more here. 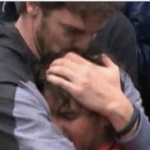 From Sportsgrid: A victory for Nadal and a victory for Spain. Yesterday, tennis star Rafael Nadal won the French Open against Novak Djokovic, to become the “winningest champion in French Open history.” Reports Sportsgrid, “With this win, Nadal’s not just on top for this year – at the French Open, he’s now on top for all time, with seven championships. Bjorn Borg won six. Nadal turned 26 a week ago. We don’t feel like we’re going out on a limb guessing he’ll put some more distance between himself and Borg before his career is over. And Nadal isn’t the only one thrilled with his victory, of course: his native Spain is celebrating along with him (and after that disappointing Euro draw with Italy, they could use an athletic endeavor to celebrate). Among the happy Spaniards: Lakers (for now) center Pau Gasol, who was in attendance in Paris for Nadal’s historic achievement. And when it was over, two of Spain’s greatest athletes had a nice little “pride of Spain” moment.” Read more about the moment and the match here. 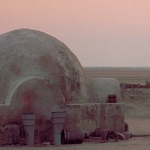 From The Mary Sue: Putting ultimate Star Wars fans to shame everywhere, a British insurance salesman and Star Wars fan has raised $12,000 to save Luke Skywalker’s home. Reports The Mary Sue, “Who can forget the igloo-type dwellings Luke Skywaker lived in with his Uncle Owen and Aunt Beru in the original Star Wars film? Well a long time ago, in a galaxy far, far away…actually it was just over 35 years ago, in a remote area of Tunisia…George Lucas had the exterior of their home built and left it there. Now one man is making it his mission to preserve the historical film site from deterioration and he’s getting a lot of help from fellow Star Wars fans.  The interior of Luke’s home was actually the Hotel Sidi Driss, built partially underground Matmata, Tunisia. Parts of the set from the film still exist at that location as well but it’s the exterior of the fictional dwelling one fan was concerned about preserving. Mark Cox, a 35-year-old insurance salesman from England, has spent the last two years trying to fix and preserve the site. It all started when he and his wife Sarah were married there back in 2010.” Read the full story and see pictures here. 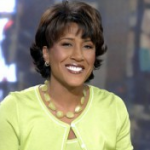 From The Jane Dough: Sad news from star anchorwoman Robin Roberts. Roberts revealed today that she has myelodysplastic syndrome, a rare blood disorder and will undergo an upcoming bone marrow transplant, after overcoming breast cancer five years ago. Reports The Jane Dough, “Our thoughts are with Good Morning America anchor Robin Roberts. …’You crave normalcy,’ she said on the show. ‘You don’t want to tell anybody because you don’t want to be treated differently.’This unfortunately isn’t Roberts’s first encounter with serious illness, as she announced in 2007 her breast cancer diagnosis. My heart goes out to Roberts and other female anchors who have publicly battled health issues.” See a slideshow of those strong women who have gone through major health issues in front of viewers everywhere here. 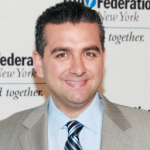 From The Braiser: Cake for everyone! The Cake Boss himself, Buddy Valastro, will now have  a nation-wide ready-made cake line. Reports The Braiser, “Buddy’s cakes will travel outside Hoboken and the surrounding areas, because he’s just sold his recipe (down to the number of mixer rotations accepted per batch of batter) to the same family-run company that supplies his cake shop with its bake-stuffs. Buddy didn’t okay the line until the outside company got it just right. ‘When they brought the last final prototypes, you couldn’t tell the difference between their cakes and mine,” he told The Huffington Post. “I don’t want people to get a bad cake. It will reflect badly on me.’ Two Buddy Valastro designs (one with pretty fawndawnt and one with gender-neutral fawndawnt) will roll out in grocery stores and bakeries nationwide, retailing for $27.99 per cake.” Read more about his new venture here.