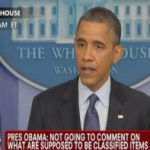 From Mediaite: President Barack Obaa spoke today in a press conference addressing the ongoing finical crisis in Europe. While there, he was asked to discuss concerns raised on Thursday by members of the House and Senate Intelligence Committees that called into question recent leaks of security-related secrets from the White House. Reports Mediaite, “Obama said it was ‘offensive’ to suggest that his White House would release sensitive details of national security-related operations and that people need to have a ‘better sense of how I approach this office and how the people around me approach this office.’ ..Obama said he was personally insulted at the suggestion that his administration would release sensitive national security information for perceived political gain.” Read the full article, including quotes from Obama, and watch the video here. 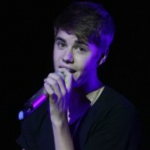 From Gossip Cop: Now that’sBieber Fever. Gossip Cop confirms the rumor that Justin Bieber’s upcoming Mexico City concert will have 6,000 police officers present to provide security. Reports Gossip Cop, “With Justin Bieber’s recent free concerts around the globe drawing massive crowds, officials in Mexico City are taking extreme precautions to ensure everyone’s safety at Monday’s show.More than 200,000 fans are expected to attend the concert, where nearly 6,000 police officers will be on hand to keep order.Two helicopters will also keep surveillance over the area, and there will be several barriers erected to keep both Bieber and his Beliebers safe. Only 80,000 fans will be permitted on to the actual plaza where the concert will be held, with the rest watching on huge screens that will be set up on neighboring streets, Tourism Secretary Carlos Mackinlay tells the Associated Press.” Read more about the concert and Bieber’s huge following (more than Paul McCartney!) here. 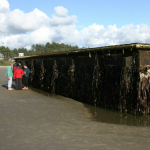 From Geekosystem: Over a year after the devastating Japanese tsunami, its effects are still being felt around the world. Most recently, an enormous section of a Japanese dock washed ashore in Agate Beach, Oregon as a reminder of the disaster. Oregon now faces the problems of both removing the dock and its invasive species. Reports Geekosystem, “The 66-foot long section of dock was first sighted off the Oregon coast on Monday, June 4th but was mistaken for a barge. When the 180-ton hunk of metal washed ashore, a stainless steel plaque on the side of the dock gave Oregon Parks and Recreation Department officials enough information to trace it back to its owner in Japan. Though removing the gargantuan piece of junk will certainly take some doing, the Oregon Department of Fish and Wildlife is particularly concerned with the amount of marine life in and on the dock. Invasive species, like the zebra mussel, have wrought havoc on the Great Lakes marine ecosystem and Oregon wants to minimize the exposure of any non-native species to the local ecosystem. Of particular concern is “wakame” seaweed, a known invasive species. When the tsunami struck Japan, it carried some five million tons of debris out to sea. According to NOAA, some 70% of it sunk off the coast of Japan — but that leaves about 1.5 million tons still to contend with.” Read more here. 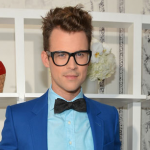 From Styleite: An interview with Brad Goreski. As Brad talks to Styleite, he opens up about everything from his new ebay gig, the CFDAs, and Beyonce. Reports Styleite, “All eyes were on the perennially bow tie-clad Brad Goreski at 21 Grams in New York last night as he celebrated his new gig with eBay. The online shopping site is launching Selling Style Studio pop-up shops in New York, Dallas, Los Angeles, and San Francisco to offer fashionable listing tips and advice to sellers. As part of the Chic Squad, Goreski will be on hand in the Meatpacking District on Friday and Saturday doling out listing secrets. Dressed in a sharp Antonio Azzuolo blazer, printed Mr. Turk pants, and a Burberry bowtie (a gift from the students at the University of Texas), we couldn’t help but wonder if Goreski is really a bargain-loving eBay shopper.” Find out as you read the Q&A session here. 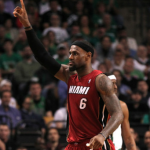 From Sportsgrid: LeBron James is good at basketball. If he hadn’t proved that to you already, his performance in Game 6 last night against the Celtics should have. But here’s why we never learn how good he is: “No sooner had the game – again, a game in which the Heat needed LeBron to come up big to begin with, needed him to come up bigger because the rest of his team shot a combined 18-for-50 – ended than the professional LeBron skeptics could say, “Well, the real test will be Game 7.” There will always be way to say LeBron hasn’t proven anything yet. … Consider: last night, LeBron put up a double-double with 40-plus points in a must-win game on the road. Is it the first time he’s done that? Hell, it’s not even the first time he’s done that these playoffs. Remember the 40/18/9 game against Indiana? Wasn’t an elimination game, but it would have put the Heat down 3-1. They had to have it, and LeBron delivered. …Last night’s LeBron stat line, while absurd, was nothing we didn’t know he was capable of. And that’s the most important point with LeBron. He’s capable not only of producing a game like this, but producing them at a rate that almost every other player in history of basketball couldn’t dream of. He is an outrageously great basketball player who is sometimes more outrageously great than usual. He’s so good that he puts up 30 and 13 and people wonder what’s wrong. Last night was only further confirmation of that greatness.” Read more about LeBron’s talent here.

From The Mary Sue: Rumor has it that Angelia Jolie is in talks to direct a Fifty Shades of Greymovie. The Mary Sue dubs it a “hilarious thing that will never happen.” Writes Jamie Frevele, “The Hollywood Reporter says (somewhat preciously, and I don’t mean to condescend, but hold on for just a second) that the idea of Jolie directing a film adaptation of E. L. James‘s erotic novel “would make some sense” because of the whole “strong female voice” thing. Now, while I haven’t read Fifty Shades of Grey, this it what I gather from it: this was originally a series of fanfic pieces based on the Twilight franchise (nothing wrong with that, no judgement from a girl who wrote a full-length Scream screenplay in high school). Because of the, ahem, adult content, some people complained that the author’s stories should probably distance itself from a young adult series, so she changed the characters names and published them on her own site. And then, she turned the stories into incredibly successful books.Again, nothing wrong with that.But Angelina Jolie, while she could totally have opened up Fifty Shades of Grey in a bookstore and been tickled by it (probably thinking, “Oh, those were the days”), is probably not putting this “crowd-pleaser” on her to-do list. With all due respect (to Fifty Shades), Jolie is in a different league than Fifty Shades. …So … yeah. No. Not Angelina Jolie for this one. I would, however, like to see a woman take on Fifty Shades of Grey, for sure.” Read more of Jamie’s opinion here. 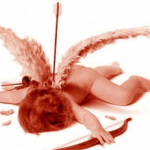 From The Jane Dough: Love is dead. At least on eHarmony. If you were hacked. eHarmony is the most recent target of a hacking scandal, as The Jane Dough reports. Writes TJD, “Roughly 1.5 million users on eHarmony, the dating site for people who think they’re too classy for OkCupid, had their accounts hacked this week. The site reported the hacks through a blog post (the de rigueur way to tell people their personal information is now in the sweaty, conniving hands of a web hacker, apparently). In its statement, eHarmony explained that a “small faction of [its] user base has been affected.” And if nothing properly conveys how powerful eHarmony, the knowledge that 1.5 million people constitutes a “small fraction” of its users should. (There are roughly 160 million eHarmony users worldwide. The mind boggles.) The hacking is apparently connected to the LinkedIn hack earlier this week, marking what is, perhaps, the most needless, least scandalous social networking hack ever. If I were a gambling woman, I’d put my money on Friendster becoming the next target here.” Read the full story here. 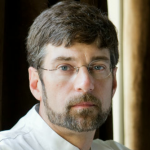 From The Braiser: In the latest installment of Dining Diaries (in which The Braiser “will ask one chef each week about his or her personal favorite dining spots. Not recommendations, or hawking their co-star’s newly opened whatever as a PR favor. But where a celeb chef goes to eat or drink or brunch or late-night snack or hangover binge on his own time.”),  James Beard award winning chef Chris Hastings dishes on his favorite locales. Some highlights: For an afterwork nightcap, “The Garage Cafe is a local dive bar made famous by GQ for being named one of the top bars in America. Not for it mixology or high-end unique liquor selections…just a kick ass dive bar.” For a sunny Saturday afternoon? “Picnic with my wife at the botanical gardens with fried chicken, black eyed peas, cornbread, fried okra and collard greens from the Western Supermarket in Mountain Brooke. Best meat and three within five minutes of my house and the gardens.” Read all of his answers here.