Mediaite reports that Shirley Sherrod is suing Andrew Breitbart at last, whose editing of a speech she made at an NAACP banquet last summer cost Sherrod her job. Breitbart was served with the suit while at CPAC this weekend. His response? “I can promise you this: neither I, nor my journalistic websites, will or can be silenced by the institutional Left, which is obviously funding this lawsuit.” Well then! Read the rest of his statement here.

Geekosystem covers a group of scientists at Northwestern who may have precipitated the first recorded instance of human DNA transferred to a bacterial genome. Which bacterial genome, you ask? Why, the one responsible for gonorrhea! Haaaaaaappy Valentine’s Day!!!!!!!!! Get the full post here. 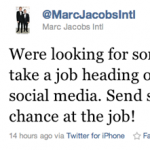 Need a job? Styleite reports that Marc Jacobs is seeking a new social media specialist via Twitter. Though the move garnered the brand a ton of publicity, and there is something poetic about using social media to hire a social media expert, there’s still something really weird about giving someone a job based on a Tweet. Even a really funny one. To read the full post, click here. 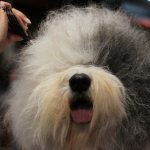 On Sportsgrid: it’s the dog world’s version of the Superbowl! I mean, besides the Puppy Bowl. The Westminster Dog Show is upon us, and we are once again given the opportunity to gawk at absurd-looking dogs whose lives are surely more luxurious than ours. See the slide show here. 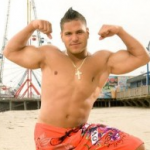 Gossip Cop reports that Ronnie Ortiz-Magro (yup, that Ronnie) has entered a plea in court for his assault charge from an incident in September 2009. Ron says he’s not guilty — pretty bold move considering the fight was captured in its entirety by MTV’s camera crew. Get the full post here.