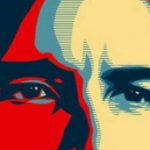 From Mediaite: Is Obama a socialist? Further, does The Associated Press think so? Mediaite’s Tommy Christopher on the topic: “It’s the scourge of media watchdogs left, right, and center: ‘somesay journalism,’ the practice of granting equal footing to the ridiculous. The Associated Press‘ David Crary is out with a textbook example that asks the question, in alternating headlines, ‘Is Obama a Socialist?’ and ‘Obama A Socialist? Many Scoff, But Claim Persists.’ ‘Socialist’ is a pretty specific word, with a specific meaning, so readers can look forward to a definitive answer, plus the identity of the ‘many’ who scoff, and the source of those ‘persistent claims,’ right? The 1,250 or so words that Crary spends on the topic could have been knocked out in one sentence: No, the President isn’t a socialist, everybody sane knows he isn’t a socialist, but the people who hate him keep saying he is to make the dumbest people who hate him hate him even more. But, hell, we’re entering Slow News Hell, so a little bit of padding can be forgiven. However, Crary never gets around to making any of those points.” Find out what points he does make here. 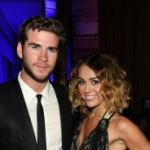 From Gossip Cop: Will there be a “wedding in the U.S.A.”? Maybe, because Miley Cyrus is engaged! Reports Gossip Cop, “Miley Cyrus and Liam Hemsworth are officially engaged. The couple, who have been together for three years, met on the set of the film, The Last Song. Hemsworth, 22, popped the question on May 31 with a 3.5-carat Neil Lane diamond ring, reportsPeople. On Wednesday, 19-year-old Cyrus tweeted, ‘Thank you for all the love today 🙂 I’m happy to share this news with you all. I feel like all my dreams are coming true. ❤ have a great day.’ No wedding date has been set yet.” Read more (and see photos of the engagement ring!) here. 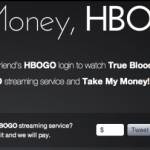 From Geekosystem: If you watch Girls or Game of Thrones or have ever been a regular follower of an HBO series, you know how frustrating it is when you don’t have HBO. This often leads to illegal pirating or secretly stealing a friend’s HBOGo password. How can that be changed? A new website has emerged today in hopes of doing that – TakeMyMoneyHBO.com. Reports Geekosystem, “We all know HBO is in a battle with Netflix, which is why its shows don’t appear on the service, and is also one of the main reasons HBO’s Internet streaming service HBO Go exists. Unfortunately, you can’t subscribe to HBO Go without subscribing to HBO in full. That’s where Take My Money, HBO! comes in, as it tells HBO how much you’d pay for a standalone HBO Go subscription. Take My Money, HBO! is a simple service that works through Twitter. It tweets at the official Twitter accounts of HBO Go and HBO, and includes a #takemymoneyhbo hashtag for good branding measure. Simply enter the amount you would pay for a monthly subscription to a standalone HBO Go service, press the tweet button, and watch in the live feed below as your tweet fires off at HBO.” If enough people use this site, it could actually get the attention of the network, and maybe it’d be a lot easier to find out what happens to Hannah and Jessa every week. Read more about it here. 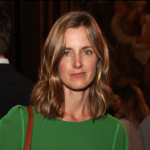 From Styleite: Amanda Brooks, former vice president and fashion director of Barney’s, seems very serious about actually leaving the fashion world behind. Before moving to a farm in England, she is ridding herself of her fashion past. Reports Styleite, “The former fashion director is even donating her designer duds to benefit the New York City Opera. Page Six reports that Brooks donated “loads of shoes” and “thousands and thousands of dollars” worth of designer wares to the annual DIVAS Shop for Opera event, which opens tonight. We don’t know the specific pieces, but there are items from the likes of Prada, Chanel, YSL, and Jil Sander.” The sale is tonight in NYC, and all ticket proceeds benefit the New York City Opera. Read the story here. 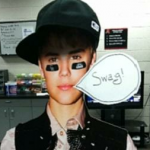 From Sportsgrid: Justin Bieber is everywhere. Literally, everywhere. His latest appearance? Colorado. As motivation for the Colorado Rockies.  Well, sort of. Reports Sportsgrid’s Evan Sporer, “I’m going to start by saying this: I am completely, 100 percent a fan of Biebs. So I have no problem with the Colorado Rockies drawing power from the mythical Bieber to turn around an early season slump. This makes complete sense, right? Soulja Boy once orated: ‘Hopped up out the bed, turned my swag on.’ Clearly, judging by that cutout, the Rockies just needed to turn their swag on. My only question is: what took them so long? Apparently, the prime suspect in the Biebs’ appearance is Troy Tulowitzi, who used to have “Baby” as his walk-up song. If this is Tulo’s work, I’ve gotta hand it to him. When you’re slumping, you’ve got to do whatever you can to turn it around. And clearly, enlisting the help of Biebs was a stroke of brilliance.” Read more here. 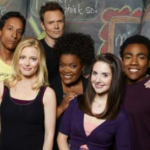 From The Mary Sue: Community, the NBC show that has caused so much controversy this season as it found itself benched for part of the year but renewed for a new season (however with a new showrunner), is finally getting some respect. Reports The Mary Sue, “Following a crazy third season full of drama off-screen and wacky delight onscreen, Community, NBC‘s most neglected (by NBC) sitcom has found itself leading in nominations for the Critics Choice Television Awards with a grand total of six. While the awards show itself is young (it just started last year), it’s about time Community got a little recognition for the unique brand of silliness it brings to the airwaves… Community has been nominated for six awards by the Critics Choice, almost half of the 14 nominations that NBC received, making it the most nominated network… In addition to its nod for best comedy series, Joel McHale was nominated for best actor in a comedy series, Jim Rash and Danny Pudi for supporting actor, and Alison Brie and Gillian Jacobs for supporting actresses. This makes me think that the Broadcast Television Journalist Association would have liked to give everyone on the show a nomination, but it just would have been unfair to all the other people who made good sitcoms this year.” Read more about the awards show and nominations here. 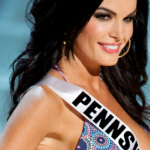 From The Jane Dough: Donald Trump seems to always be looking for a fight. Most recently, he’s feuding with the Miss USA contestant who called the competition rigged, Miss Pennsylvania Sheena Monnin. Reports The Jane Dough, “When attacking a woman for her character, businessman Donald Trump never forgets to weave in a comment or two about her appearance, as if being called ugly or unattractive is the ultimate blow to a person’s ego and the only way to completely shatter a woman’s self-esteem. He deployed this war tactic with former Miss USA contestant Sheena Monnin, who has claimed that the contest is rigged. Responding to her assertions, Trump told Good Morning America, ‘In my opinion, I saw her for barely a second, she didn’t deserve to be in the top 15,’ stoking laughter and noise from ABC’s behind the scenes crew. In other words, she’s so not hot enough to be in the competition, anyway, therefore she’s an unreliable source. Why focus solely on her actual case when you can just insinuate she’s butt fugly?” This is not the first time Trump has made comments of the type. Read more and see the others here. 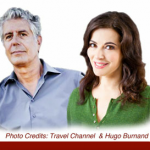 From The Braiser: Anthony Bourdain has been making lots of television news lately. First, his move to CNN. Now, it has been announced in an open casting call, found by Eater, that he and Nigella Lawson will produce a cooking competition show, produced by Kinetic Content. Reports The Braiser, “Well, color us flabbergasted. It’s not that we can’t see Nigella Lawson and Anthony Bourdain hosting a show together — in fact, that’s a brilliant combination of sarcasm and hedonism and they’ll be great hosts — or even that they’re hosting a cooking competition together. Both Bourdain and Lawson often appear on Top Chef, and Bourdain is a producer of said cooking competition. Also, he’s already committed himself to parachuting into war zones and eating dangerous foods on CNN… It’s just that they’re hosting a cooking competition open to non-professionals. There’s an entire chapter of Medium Raw devoted to Bourdain discouraging overly-romantic newbies from entering the restaurant industry. So in all likelihood, this isn’t a show for people who want to advance in the restaurant industry and win James Beard Awards, but more of a show for home cooks to show off their skills for the most publicized house party in the country.” Read more about the show and find out how to apply here.