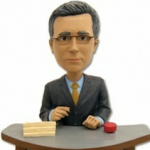 From Mediaite: Looking for a gift for someone? Look no further, the wackiest cable news store swag on the market has now been compiled into one list for you. Reports Mediaite, “For many cable news fans, each channel’s respective online store allows folks to purchase assorted branded memorabilia and apparel of their favorite network, pundit or show. While many of the sale items available on the sites are customary, like office mugs, hats or bags, once you start delving deeper into the depths of these stores, things start to get a bit bizarre. There are some products they’re selling that will make you scratch your head and wonder ‘who signed off on this?’ or products from shows that haven’t been on the air for months or years.” Check out a slideshow of the quirkiest trinkets here. 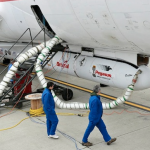 From Geekosystem: News from NASA, who is planning to launch a black-hole-seeking satellite from an airplane next week. Reports Geekosystem, “NASA is preparing to launch the Nuclear Spectroscopic Telescope Array, or NuSTAR, next week. Once in orbit, the probe will focus on high energy X-Ray emission, eventually surveying distant black holes. The probe will be a major boon to astrophysicists, but only after it’s in space. And it’s going to get there after being shot off a freakin’ airplane. The airplane in question is a modified Lockheed L-1011 TriStar called the “Stargazer.” The rocket in question is the Pegasus XL, which has been used since 1990 to send small satellites into space. It works a little like a cruise missile: The Stargazer takes off (in the case of NuStar, from the Vandenberg Air Force Base), then releases the Pegasus at a predetermined altitude and speed. Free of the aircraft, the first stage rocket motor starts up, and the craft is on its way to orbit.” The tecnology is costly but useful, and NASA is shooting for a June 13th launch date. Read more here. 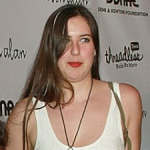 From Gossip Cop: Rumer has it there’s trouble for a differentdaughter of Bruce Willis. Confirmed by law enforcement sources, Gossip Cop reports that Scout Willis, daughter of Demi Moore and Bruce Willis, was caught on Monday with an open beer in Union Square. To make matters worse, she gave the police officer a fake ID card before admitting her real identity. “Willis was cited for misdemeanor criminal impersonation and open container law violation… She was eventually released, but is due for a court appearance on July 31,” writes Gossip Cop. Scout is a twenty year-old student at Brown University. 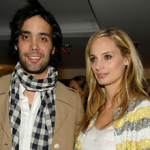 From Styleite: Andres Santo Domingo, husband of Lauren Santo Domingo (ModaOperandi.com founder and Vogue contributing editor), is in trouble with the law. Yesterday, he plead guilty in a New York court to a hit-and-run incident that occurred in March of last year, where the victim is suing in civil court for $100 million. Reports Styleite, “Andres was driving his Mercedes Benz on 34th Street and 3rd Avenue in New York when he hit 26-year-old Ryan Coutu with his rear view mirror and ran over the college student’s foot. Coutu suffered herniated disks in his back and needed elbow surgery. Andres pled guilty to leaving the scene, and has been sentenced to six days of community service. He will also lose his driver’s license for 90 days and will have to attend a driving program. Coutu isn’t satisfied with the sentence and is continuing with his $100 million civil suit.” Not only is Andres married to someone famous, he is heir to Colombia’s biggest beer company. Read more here. 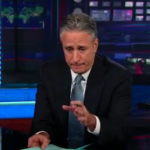 From Sportsgrid: More for the Mets – people are still talking about the team’s first no-hitter, thrown last Friday night by Johan Santana. Reports Sportsgrid, “It seems as if politcally-inclined comedians are carving some sort of niche into the New York Mets. First, Bill Maher announces he has purchased a minority stake in the team. Now, Jon Stewart just happens to be at the franchise’s first no-hitter. Coincidence? I think not. But whether or not this rogue band is taking over the Mets is neither here nor there. Stewart sums it up perfectly. Mets fans are deprived the simple joy of watching their team do good things, and Johan Santana’s no-hiter certainly brought a lot of happiness to all Mets fans. And as Stewart points out, this Mets team has been fun to watch. There’s been something different about this group (thus far) that has made this season enjoyable (thus far).” Watch Stewart’s reaction here. 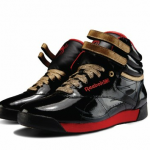 From The Mary Sue: Developments in the world of geek chic. Reebok and Marvel have teamed up to make sneaks for geeks, and ladies should love the designs. Reports The Mary Sue, “Converse’s arrangement with DC and the unisex styling of their shoes has been a boon to geeky chicks looking for kicks everywhere. But if you’re more of a Marvel girl, pickings have been slim. And while I wouldn’t call two characters a feast, it’s two more than there used to be, so it’s pretty cool that when putting together its new line of Marvel superhero inspired sneakers, Reebok didn’t forget the ladies.” There are Black Widow and Emma Frost models, as well as some pretty awesome insole models for men, so hopefully ladies will see the same. See pictures here. 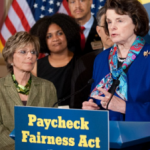 From The Jane Dough: The Senate is voting on the Paycheck Fairness Act today, and given the contentious nature of the debate about a pay gap between genders, what will happen remains to be seen. But The Jane Dough’s Amy Tennery has some thoughts, especially on why Republicans would be crazy not to vote for it. Writes Tennery, “The legislation, in essence, is asking some senators to vote on an issue many people don’t believe exists. Vote to help eliminate the gender pay gap — and while you’re at it, vote to end discrimination against unicorns, amiright? I’m being facetious, of course. And I’ve rambled on about gender pay gap enough times that it’s pretty obvious by now where I stand. Sex discrimination exists, women are routinely paid less than men, and no, it’s not because money is “more important for men.” This is a real thing, backed up by real Bureau of Labor Statistics data. It’s not because we’re not aggressive enough, and no, it’s not good enough to justify it by saying “but women want to be mommies!” This is an actual, systemic problem. But I get it; some people (*cough*republicans*cough*) can’t be swayed. But voting for the Paycheck Fairness Act is still a really good idea, even if it’s only from a strategic standpoint.” Find out why she thinks so here. 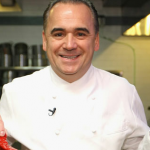 From The Braiser: A(BC) new restaurant opening! Jean-Georges Vongerichten, of ABC Kitchen fame, is opening a second ABC Home-based outpost of his restaurant – a Latin version. This one will be called ABC Cocina. “Points for consistency!” says The Braiser, who also reports that, “Moving into the soon-to-be-closed Pipa space, Vongerichten told Grub Street that Cocina will open in October and ‘will have paella, croquettas, [and] a lot of small plates.'” Why the move? Well, Jean-Georges also said that “chiles are [his] passion now.” Read the story here.