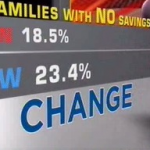 From Mediaite: Surprise: Fox & Friends may be rooting against Obama. Reports Mediaite, “On Wednesday, Fox & Friendsaired a package piece that is easy to construe to be an attack on President Barack Obama in the style of a Republican committee web ad. The sharply edited and highly produced piece may cross a line, however, from journalism to advocacy.” The four-minute clip was introduced by co-host Gretchen Carlson, who urged viewers to invoke Obama’s promises of “hope” and “change” while watching the clip, an edited review of his years in office. Mediaite reports that the piece was strikingly similar to a “Republican party web ad” and that its score of “ominous music” set against fact-checking the present seemed perhaps partisan. Read more about it here.

From Gossip Cop: The Britney Spears v Christina Aguilera feud continues, at least according to Star. Gossip Cop is policing this rumor, started by the tabloid, who claims that  Aguilera was “freaking out” when she heard of Spears’ new gig, “throwing things and cursing,” ranting that Spears was “going to be a disaster” on the show. Polices Gossip Cop, “Excuse us a moment while we check out calendars. That’s right — it’s 2012 not 1999.” Aguilera, while she does have competition in her own role as judge on The Voice, did not probably actually do these things. A friend of Christina’s tells Gossip Cop she is “very happy for Britney.” Read more about the rumor here. 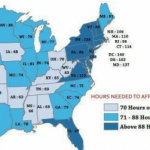 From Geekosystem: Depressing news about the state of our country – minimum wage in any state in the country cannot afford a two bedroom apartment. Some dizzying math: “The minimum amount of hours working on minimum wage that can afford a two bedroom apartment is 70 hours per week, while the more “attractive” states, like California, Florida, and New York require over 88 work hours per week. If you’re wondering, there are only 168 hours in a week. If you pulled down minimum wage in New York City, and tried to afford a two bedroom apartment, you’d be working more hours (88) per week than you wouldn’t be working (80). If you’re trying to sleep by the old standard of 8 hours of sleep per night, you’d be sleeping 56 hours per week, which leaves you with only 32 hours of leisure time over the course of seven days.” Compiled using the list of minimum wages by state and the Fair Market Rent figure, this paints a sad picture. Read more about the report here. 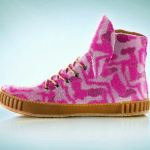 From Styleite: Weird things exist: this time, stingray sneakers. The Thai-based company Rayfish Footwear have spent the last ten years raising and experimenting with stingrays, in hopes of using the animals’ leather for shoes. Now, the shoes are a reality. Reports Styleite, “Last year, they successfully manipulated stingray DNA to produce different leather colorations per a customer’s specific order.” The process is called bio-customization, and essentially, when you order a pair of sneakers, you are actually ordering your own transgenic stingray. In a sense, you are growing your own leather for your shoes. Allowing you to combine the colors and patterns of many different species, the corresponding genes are then implanted into fetal rays before they are born. Rayfish Footwear advertises, “Access the richness of natural selection. Evolve an infinite variety of shoes.” These shoes will eventually cost $1,800, but currently, unless you win a free pair in their contest, they cost between $14,800 and $16,200. Read more here. 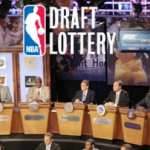 From Sportsgrid: The NBA Draft Lottery is tonight, and Sportsgrid has your crash course to survive it. Writes Sportsgrid, “Have no fear, the Scripps Spelling Bee finals are TOMORROW night, meaning you’re free to watch the NBA Draft Lottery TONIGHT (really, exhilarating prime-time coverage back-to-back nights for ESPN). But before the ping-pong balls settle, and David Stern poses for a picture with one very lucky owner, we’re here to prime you on what you need to know going into tonight’s proceedings. You can catch all of tonight’s draft action tonight at 8 p.m. on ESPN.” Their big tips? The Bobcats were pretty bad last year, and will probably pick first. These names will most likely be mentioned: Andre Drummond, C, Connecticut; Thomas Robinson, F, Kansas; Bradley Beal, F, Florida; Harrison Barnes, G, North Carolina. And finally, there will probably be conspiracy theories. Read the rest of their guide here. 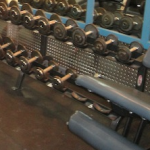 From The Mary Sue: Meet Edith Wilma, the world’s oldest female competitive bodybuilder. She began the sport in her early sixties, looking for a hobby that would entertain her outside of the data entry company she and her husband worked for. She said the weights gave her an outlet for work stress. At age sixty-five, she entered her first bodybuilding competition in Las Vegas, coming in first place. Today, at the age of seventy-seven, she continues to lift weights and plans on competing more (she is still recovering from shoulder surgery earlier this year). She has crowned World’s Oldest Female Competitive Bodybuilder by the Guinness Book of World Records, and also is a certified personal trainer whose clients are all over the age of fifty. Read more about her here. 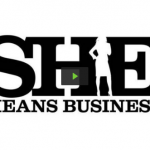 From The Jane Dough: Exciting news for female entrepreneurs everywhere with the release of the trailer for the documentary She Means Business. Reports The Jane Dough, “We’ve all heard it before: Women entrepreneurs are underfunded by venture capitalists, underrepresented in business and undervalued by many corporations. But She Means Business is here to put some faces behind the data. Did you know that just 3 to 5 percent of women-owned businesses get venture capital at all? (We’re also not getting whole lot of bank loans, by the way.) She Means Business (which is currently pulling together funding on Kickstarter) draws on the best women experts in finance and business — including venture capitalist Monica Dodi and author Jess Weiner — to explore why women keep getting left out.” Watch the trailer and read more here. 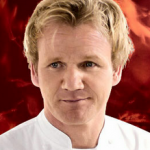 From The Braiser: In other strange fish news (on the heels of Styleite’s stingray sneakers, no pun intended), Gordon Ramsay is the target of a PETA public service announcement about fish. The animal rights group recently launched its Silent Scream campaign, aimed at Ramsay, as well as Fox and Hell’s Kitchen, which features “groundbreaking new fish empathy” propaganda during Hell’s Kitchen commercial breaks, in an effort to parallel the silent screams of all those dying fishies to the distinctly audible screams of Gordon Ramsay. Responds The Braiser, “Wait, what? …So fish = Gordon Ramsay’s cheftestants. We’d point out the leaps in logic at play here, but PETA will just fire back with statements like, ‘Contestants on Hell’s Kitchen choose to subject themselves to bullying in the kitchen, but the animals who are cut up and cooked on the show don’t have any choice -— and they lose their lives, not just their pride.’ So we won’t even bother.” Watch the PSA and read more here.