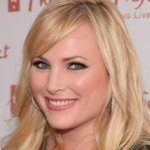 From Mediaite: Is Meghan McCain a bully? The debate continues on many of Dan’s websites, causing Dan to personally pen a piece entitled “Meghan McCain Provevs That Mediaite Writer I Questioned Was Right: She Is A ‘Bully.'” Writes Dan, “John McCain’s daughter Meghan is upset at Mediaite. I characterize her in that intentionally demeaning way, as the daughter of the Arizona senator, in response to her angry denunciation of two columns on “Dan Abrams’ Mediaite.” Yes, I own the site, and proudly so, but that attention-grabbing reference was obviously an intentional insult to the actual writers (particularly since it’s well known that I do not edit the site). Well, it worked. And now I am rattled enough to take my Memorial day Sunday to respond in kind.” First, Mediaite contributor Frances Martel called McCain out for smearing Andrew Breitbart only three months after his death. Then, The Jane Dough writer Laura Donovan defended her, saying that she had a right to say what she did. Next, Mediaite’s Noah Rothman took to the internet to explain how she has made herself a victim and built her career off of being a contrarian. Meghan McCain responded to these columns on The Daily Beast, and now Dan Abrams has found himself moved to put in his two cents. Read what he has to say here. 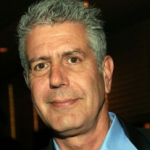 From Gossip Cop: Celebrity chef Anthony Bourdain is joining CNN. Reports Gossip Cop, “The outspoken chef turned author and media personality will host a weekend show on the cable news network in 2013. Bourdain’s program will air on Sundays and ‘examine cultures from around the world through their food and dining and travel rituals.’” This is new territory for Bourdain, who has been a host on The Travel Channel since 2005. Read more about his new venture here. 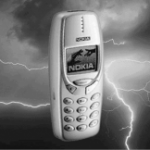 From Geekosystem: A new museum of endangered species – that is, a species of endangered sounds. In an era of ever-changing technology, the museum (which is actually a website) intends to preserve outdated tech noises for posterity. Writes Geekosystem, “You might remember the tortured screams of a 56k modem handshake and the soothing drone of television static, but those sounds don’t exist in the wild anymore, and there’s an increasing number of children, teens, and soon adults who will never know the once pervasive tech sounds of the past…. Created by Brendan Chilcutt, the Museum of Endangered Sound aims to archive the classic sounds of years gone by. The name of the site might be a bit of a misnomer — many of these sounds are effectively extinct, and in that sense it’s almost more of a zoo — but the mission is a righteous one.” So far, the museum only has fifteen exhibits, but it will continue to grow. Read more about it here. 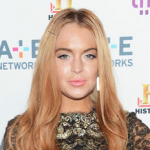 From Styleite: Lindsay Lohan’s skin color is starting to make more sense, while her legal troubles surprise no one. In the latest Lohan news, it has been revealed that Lindsay owes more than $40,000 to a Nevada tanning salon, Tanning Vegas. Reports Styleite, “Last August, the troubled actress was ordered to pay a $40k Tanning Vegas bill for tanning sessions between 2007 and 2009. Nearly a year later, Lohan allegedly hasn’t paid a cent to owner Lorit Simon. Now the company is moving the lawsuit to California, so it can attach Lohan’s assets to the claim and pay the bill.” Lorit Simon is actually also the co-founder of Lohan’s self-tanning line, Sevin Nyne. More about the lawsuit here. 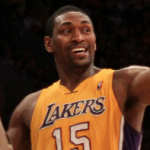 From Sportsgrid: The latest silly news from Ron Artest (erm, Metta World Peace), he took to Twitter to wish everyone a happy holiday. Except, he sent regards about the wrong holiday. “Happy Labor Day,” tweeted World Peace. Later, upon realizing his mistake, he tweeted “my bad veterans…” and retweeted many who shared their personal meanings of Memorial Day. At least he tried to fix the mistake, but it does seem like classic Artest. See the tweets and read more here. 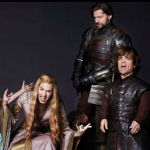 From The Mary Sue: Good news for Game of Thrones fans – ten extra minutes this Sunday! HBO has announced that the series finale will be a little longer than the normal show. Reports The Mary Sue, “The fansite HBO Watch were the ones to reveal the news. Much like HBO gave producers/writers David Benioff and D.B. Weiss 15% more money for “Blackwater,” they’ve granted them more time for the finale. The site says the episode will run 64 minutes as opposed to the normal 54-55 minutes. You can confirm for yourself on HBO’s schedule.They also reminded readers, as will I, that you should double…no, triple-check your DVRs to make sure the extra minutes get recorded. The last thing you want is to settle in for your finale party and have the show cut off at a climactic moment. And you can bet with ten minutes left, all you’ll be seeing are cliffhangers.” Read the full story here. 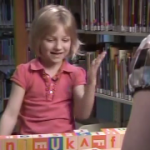 From The Jane Dough: The upcoming Scripps National Spelling Bee is always an exciting event, and it is especially exciting for women this year. This year’s competition will include the youngest contestant ever, a six-year-old girl. Lori Anne Madison, from Virginia, will make history as she puts most of the world’s spelling skill to shame. Today, a YouTube video was released of her spelling words at a “beyond hypnotic” speed. Watch the video here. 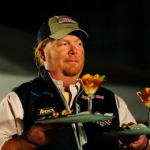 From The Braiser:  Mario Batali is giving advice to young chefs. In a live interview for The Atlantic Food Conference, which took place with Atlantic editor and James Beard Award–winning writer Corby Kummer, he reveals his tips to success for chefs just graduating from culinary school. His main point? TV isn’t the answer. Says Batali, “All the people who lose in the first three or four rounds of all of these sadistic shows don’t go home to a crowded restaurant… TV isn’t necessarily the guarantee.” Reports The Braiser, “Even a degree from somewhere as prestigious as the Culinary Institute of America won’t get you further than a position as a line cook straight out of college, said Batali, concerned that schools had convinced students that they’d become instantaneous Food Network stars or executive chefs upon graduation.” Batali urges young chefs to start from the bottom – linemen – and work their ways up. His most salient piece of advice: “I would recommend that whatever you do, whatever you start, you should finish it.” Read more about the interview here.