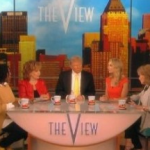 From Mediaite: Donald Trump is still taking about his run for presidency. Mediaite reports that Donald “joined The View panel today for “Guy-Day Friday,” and… Trump had an interesting explanation for the way his campaign ended: ‘I was doing fantastically in the polls,’ he said, ‘But I really became friendly with Mitt Romney; I liked what he said about China, about OPEC’ and all the other institutions around the world that are ‘ripping us off.'” He also humbly said he would turn down a vice presidential candidacy. Read more about it here. 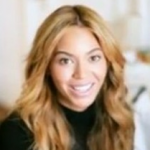 From Gossip Cop: Beyonce’s back! After the birth of daughter Blue Ivy, she has kept a low profile, but took to the internet today to promote her return. She has a Memorial Day comeback concert planned, and released a video giving her fans a behind-the-scenes look at it. “What I’m trying to say with this show is, yes, I had a baby, but it just makes me even more grounded and more like you,” she reveals in a rehearsal session. She is set to sing tonight at the Revel Resort in Atlantic City. Watch the video here. 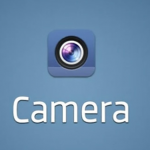 From Geekosystem: Facebook has launched a camera app that is eerily similar to Instagram, not too long after their purchase of the company. Reports Geekosystem, “Yesterday, Facebook announced that they would be rolling out a new standalone app for iOS. Focused entirely on image sharing, the new app — called Camera — allows Facebook users to quickly browse existing images, take photos, apply interesting filters, and then upload them to Facebook. Basically, it’s a blue Instagram. The similarities to Instagram might at first seem a little odd, since Facebook famously shelled out a cool billion for the upstart hip photo company.” But apparently “the newly acquired development team was not at all involved in making the new app, suggesting that it was in the works long before Facebook gobbled up Instagram.” Read more about the development here. 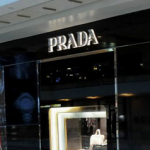 From Styleite: An interesting statement by the CEO of Prada, who does not think counterfeit fashion is a bad thing. Reports Styleite, “Prada CEO CEO (and husband to Miuccia) Patrizio Bertelli appeared on Bloomberg Television yesterday and spoke about the company’s plans to open 260 stores by 2014, pricing differences between goods sold in China and Europe, and most interestingly, his thoughts on counterfeit fashion.” Explained Bertelli, “I always say counterfeits, we’re happier to have them than not have them. Don’t you think it’s sad for a brand that no one wants to copy them? So there would be the first serious answer on counterfeits. And something else about counterfeits is that they provide a source of labor and income for lots of other people. So, maybe they’re not totally bad.” Read the story here. 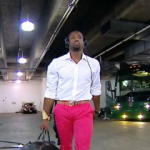 From Sportsgrid: Dwayne Wade’s pants are a hot topic in hot pink. Last night, Wade proved he is both a titan of basketball (scoring 41 points on the Pacers in a clinching game 6 win) as well as a titan of style (aforementioned hot pink pants). The pants reflected Wade’s Miami lifestyle and personal fashion statements. But Sportsgrid asks an important question, “is his stylish reputation due more to impeccable fashion sense, or an innate ability to somehow pull off just about any look, no matter how ridiculous it might look on most people?” See the pants and read more here. 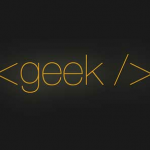 From The Mary Sue: A discussion of the term “geek.” Writes Jill Pantozzi, “A lot of people in the geek community have differing opinions on what they like to be called or call themselves. Personally, I have no problem identifying myself as a geek girl, geek, nerd, dork, etc. but not everyone is so comfortable. But what happens when you travel outside our relatively small, close-knit, group? Do people still see the term “geek” as derogatory, or on the contrary, do more people consider themselves “geeks” than ever? Turns out, the answer is yes to both.” Find out why here.

From The Jane Dough: An interview with Fox’s liberal pundit Kirsten Powers. Kirsten Powers has worked to combat misogyny in the media, recently with the cases of Congressman Anthony Weiner and conservative radio host Rush Limbaugh. The Jane Dough sits down to chat with her “about women’s rights, how she got to where she is today, lesser known things about her (she’s an Orthodox Christian), and her future goals.” For more from Kirsten about her typical workweek, career highlights,  her recent Daily Beast piece, and her favorite place in the world, read the full interview here. 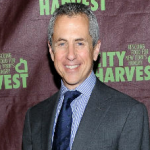 From The Braiser: Danny Meyer, NYC restaurateur and CEO of Union Square Hospitality Group, has revealed what he would order from his own restaurants. There’s a lot to choose from, as Meyer owns Shake Shack, Union Square Cafe, Gramercy Tavern, Blue Smoke, Maialino, North End Grill, three restaurants in the MOMA, and Untitled in the Whitney Museum. What made his list? The pimento cheeseburger at Untitled and the bacon and maple croissant at North End Grill among others. Read more of his picks here.