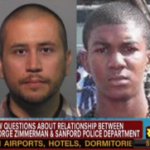 From Mediaite: New developments in the Trayvon Martin case, this time, raising questions about George Zimmerman’s relationship with Sanford police. This police department has been criticized for their handling of the case, but Zimmerman had praised their “professionalism.” Now, however, it has been made public that Zimmerman joined the police for a ride-along, and that his true opinions of them were far less kind, with Zimmerman claiming, “what I saw was disgusting.” Footage of Zimmerman walking around the police department without an escort has also been released. As for what this means? Reports Mediaite, “Martin’s family attorney said all of this is evidence that Sanford police knew Zimmerman and gave him preferential treatment. On the flip side, others argue that Zimmerman’s publicly criticizing police would make them less likely to give preferential treatment.” Read the full story here. 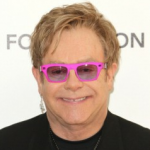 From Gossip Cop: Elton John is in the hospital due to a complicated respiratory infection. He was hospitalized at Cedars-Sinai Medical Center in Los Angeles on Wednesday, and has been forced to cancel three of his Las Vegas “Million Dollar Piano.” Elton comments, “I love performing this show and I will be thrilled when we return to The Colosseum in October to complete the eleven concerts soon to be scheduled. All I can say to the fans is sorry I can’t be with you.” Read more here. 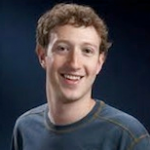 From Geekosystem: The Facebook IPO saga continues. Now, shareholders are suing Facebook and Zuckerberg over the alleged IPO “shadiness.” Reports Geekosystem, “Many smaller shareholders now allege that Facebook kept pertinent information from them — information that made Facebook stock look less valuable while sharing it with high-caliber investors. The recently filed lawsuit deals mostly with Facebook’s reluctance to reveal some particular numbers during the lead up to the big IPO. Specifically, Facebook was being cagey about the percentage of their audience that accesses the network with mobile devices. On its face, that doesn’t sound like too big of a deal, but the issue is while Facebook’s hold on monetizing its desktop site is questionable at best, Facebook’s ability to monetize mobile pageviews, for the time being, is nil. That information makes Facebook’s price-to-earnings ratio seem even more out of whack, which is really saying something considering many believed the IPO price to be inflated from the start even without this information.” Read all the information here. 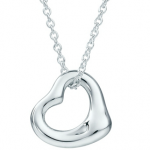 From Styleite: Tiffany may be ending its relationship with Elsa Peretti, much to the dismay of many who associate her work with the brand, or to the dismay of ” Bat Mitzvah girls everywhere,” as Styleite puts it. The Italian designer has collaborated with Tiffany since 1974. A tenth of the company’s net sales are made by her goods.  While Tiffany would like to buy Peretti’s intellectual property for an undisclosed amount, but Peretti is apparently interested in terminating the licensing agreement. More about the end here. 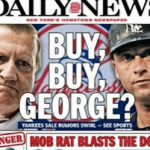 From Sportsgrid: Are the Yankees being sold? In the biggest sports news today, there are rumors that the Steinbrenners are looking to sell. Allegedly, the family, who has owned the team since 1973, was inspired by the Dodgers’ record $2.175 billion sale. Steinbrenner denied the story, but, pretending it’s true, why would Hank and Hal Steinbrenner consider offloading the most important asset in American sports? Find out here. 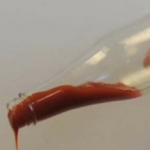 From The Mary Sue: A big solution to an age-old problem. How many times have you been frustrated with that last bit of ketchup that just won’t come out of the bottle, no matter how hard you try? Try no more! MIT engineers have created a solution. An FDA-approved non-stick coating for the inside of the ketchup bottle prevents unwanted ketchup disasters. This solution is predicted to prevent one million tons of food from being thrown out every year. Watch a video of the innovation here. 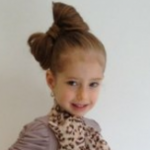 From The Jane Dough: A four-year-old in Britain was banned from school for showing up with a Lady Gaga-esque hairdo. Reports The Jane Dough, “We know, you probably see the words ‘Lady Gaga’ and automatically assume the young child looked inappropriate, but that wasn’t the case at all. Marcella’s hairdresser father was simply trying to follow his daughter’s request to do her hair in a princess-like manner for the school picture, and quite honestly, she could have shown up to school in Disney Princess gear, which seems much more problematic than this creative updo.” Read more about the debate and see photos here. 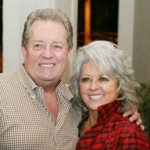 From The Braiser: Oh, brother. Two brothers of celebrity chefs have found themselves in legal trouble. First, Cake Boss Buddy Valastro’s brother-in-law, Remy Gonzalez, has been convicted as a sex offender who assaulted a thirteen-year-old girl. He faces up to nine years in prison and deportation back to Mexico. Next, Paula Deen’s brother, Earl W. “Bubba” Hiers, continues his legal battle. Earl, who operates the Uncle Bubba Seafood and Oyster House on Whitemarsh Island, GA, is the subject of a sexual harassment lawsuit filed against him by five-year employee Lisa T. Jackson. His case has now been moved to federal court. Read more about the respective lawsuits here and here.