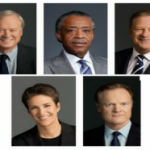 From Mediaite: After pro-Zimmerman evidence emerged in the Trayvon Martin case, last week’s MSNBC primetime made zero mention of the case, noticeably different from its former coverage. Reports Mediaite, “The editorial decisions of MSNBC’s primetime producers would not merit this level of scrutiny but for the network hosts crusade in the months of March and April to see justice done in the Martin case. But as details about the case emerge and paint a far less definitive picture of what really happened –an even potentially sympathetic one for Zimmerman- the urgency of this story on MSNBC seems to have not just faded but evaporated.” Though daytime MSNBC programming did cover the case, Mediaite claims its disappearance from primetime is either “purely ideological” or “beyond negligent.” Read the full story here. 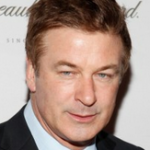 From Gossip Cop: Alec Baldwin is back in the news, this time for his words, not for his “Words with Friends.” According to Gossip Cop, he “went on a rant about prolific producer Harvey Weinstein at a Cannes party over Weinstein’s refusal to participate in his documentary about the famed film festival.” He was apparently quite angry about the snub, telling other partygoers that Weinstein was an “a**hole.” Baldwin’s rep states that Weinstein was “one of the only ones” to turn Baldwin down. Read more here.

From Geekosystem: IBM has banned Siri from their workplace, claiming it as a security risk. Reports Geekosystem, ” The concern for IBM is that everything you say into Siri is stored at an Apple data center. For those unfamiliar, Siri works by recording your query, whisking it away to a data processing center over your data connection, and then returning the results… Apple stores your voice queries at its data center in order to improve Siri’s results. The idea is that all those question and answer sessions we have with Siri could eventually be used to make Siri more clever and responsive. It also sends and stores some personal information — like nicknames and location — but is apparently stored in a semi-anonymous manner.” Geekosystem’s Max Eddy claims that though Siri does store information, it is probably secure and/or difficult to tie to an individual. Read more of his opinion here. 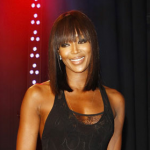 From Styleite: How did Naomi Campbell spend her 42nd birthday? The answer might be unexpected: the Middle East. Noami and her boyfriend and their respective “boatloads” of money at “the Church of the Nativity in Bethlehem and at the Western Wall in the Old City of Jerusalem. She was flanked by Palestinian guards and her own private security.” She also apparently ate lamb and rice. Read the full report here.

From Sportsgrid: Kellen Winslow is not having a good week. After being let go by new Tampa Bay Buccaneers head coach Greg Schiano and landing with the Seattle Seahawks, he is now being sued by the owners of a home he rented in Rancho Santa Fe last year… for dog poop. The owners claim he left the house covered in canine feces, as well as punched holes in walls and left cigarette burns in the outdoor furniture. They are looking for $133,000 in property damages, while Winslow’s attorney denies the claims. Read the story here. 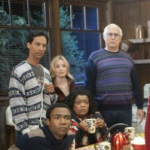 From The Mary Sue: The backlash over NBC’s Community continues. This time, The Mary Sue’s Jamie Frevele weighs in on how, by firing showrunner Dan Harmon, NBC and Sony continue to make Community the Rodney Dangerfield of sitcoms. Writes Jamie, “Community was renewed, but for a shortened season, and on Friday nights. In a time slot following the most reviled show on the same network, Whitney. Whitney, a show that everyone assumed would be canceled because it’s simply not a good show. The format doesn’t work in a lineup of single-camera shows; it already looks like an outdated show (and sounds like one — hi, laugh track). And then the scripts and the jokes are bad, and Whitney Cumming (who really is a good comedian, and that’s why she got a show in the first place) has a bad habit of saying ‘Okay’ after everything. But somehow, this show was renewed, and it feels like there wasn’t a question. At worst, it was ‘on the bubble.’ And Community, a show that people clearly and publicly love, was on the bubble,’ but always leaning towards cancellation. I feel like I’m taking crazy pills, NBC. And I haven’t even gotten to the most egregious thing you’ve done.” Find out what that is here. 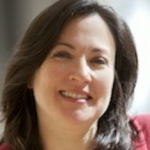 From The Jane Dough: An interview with Melissa Silverstein, the founder and editor of “Women and Hollywood,” a “powerhouse site that tracks women in pop culture and the entertainment industry.” Find out from her about women in Cannes, in films, and on television, and what’s she excited about for the upcoming year. Read the full interview here. 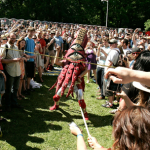 From The Braiser: GoogaMooga refunds to angry Brooklynites, who paid $250 for a ticket to the food event that did not live up to its hype. Superfly Productions, in charge of the event, “needed to make up to festivalgoers who paid $250 per day for an allegedly all-inclusive experience with free, ‘heaping plates’ of food. That didn’t happen, according to multiple accounts.” The full refund will cost over half a million, but should help to smooth things over. Read more here.