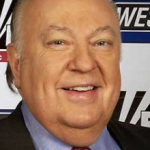 From Mediaite: “In a discussion yesterday at Ohio University, Fox News chief Roger Ailes blew the lid off Jon Stewart‘s true ideology, apparently after being asked whether Stewart would do well without Fox News. Ailes commented that Stewart had more or less admitted to being a socialist while the two were in a bar. Which begs the question: where is this bar where Roger Ailes and Jon Stewart can be seen hanging out together?” This quote comes from an Ohio University talk Ailes gave yesterday about the media and Fox News Specifically. Read the full post here. 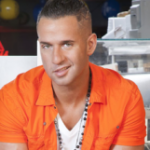 From Gossip Cop: First, The Situation of Jersey Shore fame opens up about his painkiller addiction and his
stint in rehab. Revealing he finished treatment in April, he talks about the difficulty of being in the entertainment business and the “rainy days” he’s had since then. Later, a tabloid spread the news that he will be living with a sober coach in the shore house. However, his rep denied the allegation. Watch the interview here, and read about the rumor here. 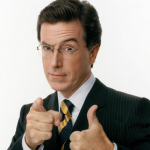 From Geekosystem: There’s a boy in the girl’s bathroom, or something like it… Reports Geekosystem, “Beating out the likes of Internet and real-life sensation Christina Hendricks, as well as other famous gorgeous female celebrities like Nicki Minaj, Kat Dennings, and Sofia Vergara, Stephen Colbert made it onto Maxim’s 2012 top 100 hot women list. Yes, Stephen Colbert is a man. Possibly the man after his inclusion on a female-only beauty list.” Read the full story here. 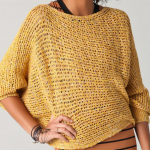 From Styleite: Memorial Day Weekend is almost upon us, and there are 11 essentials you need to survive the weekend fabulously. There’s a pullover for beach barbecues, a bag for weekend jet-setters, and sunglasses for the new summer sun, among others. Check out their picks here. 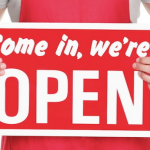 From Sportsgrid: Big news today! Sportsgrid is happy to announce a new partnership that allows us to sell unique sports memorabilia at great prices. This takes Sportsgrid one step further in making you the greatest sports fan ever by providing a quick and easy place to buy gear. According to Sportsgrid, “It’s open for business, and will strictly carry things that we find cool. Thanks to a partnership with Steiner Sports, one of the finer purveyors of sports memorabilia in the country, the inventory is already robust with a curated collection of oddball goodies and famous keepsakes.” Start shopping here.

From The Mary Sue: Women making history, this time as the British Royal Navy gets its first female warship 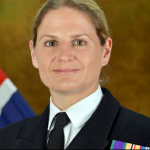 commander. Her name is Commander Sarah West. Last year, The Mary Sue reported that the Royal Navy was “making steps toward allowing British women to serve in submarines by 2013. Women first became involved in the navy in 1917 with the Women’s Royal Naval Service but disbanded in 1993 so they could integrate into the RN.” Three minor warships should be commanded by women by the end of this year, according to the Ministry of Defense. Read more here. 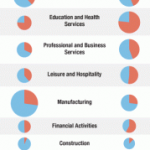 From The Jane Dough: Where have all the women entering the workforce over the last forty years been going? What jobs are they taking? Amy Tennery reports the answer is “mind-bogglingly simple.” The economy is actually helping women. Not only are women entering into traditionally male-dominated fields, such as government and hospitiality, they are also finding more opportunities in women’s work as well, like education and health services. As The Jane Dough writes, “Does this mean the women’s movement didn’t make any difference on women and work? Of course not. As you can see in the graph, the radical increase in gender diversity isn’t attributed to an economic necessity — we had to fight on that front. But this report shows that women were propelled into the labor force not as a quote-un-quote favor but because people really needed us there.” Read more statistics here.

From The Braiser: Eric Ripert’s Le Bernardin has been awarded yet another four star review by The New York 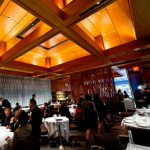