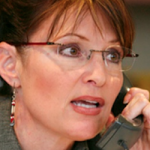 From Mediaite: Whoops! Sarah Palin accidentally robocalls the wrong state. Trying to provide her support for Texas Republican Senatorial Candidate Ted Cruz, she called numerous voters with this message: “Hello, Texas! I’m Sarah Palin. Ted Cruz is a true conservative you can trust to stand on principle and change the way Washington does business. Today, through May 25, please vote early for Ted Cruz for U.S. Senate.” The problem? The voters she called lived in Kansas. Read the full post here. 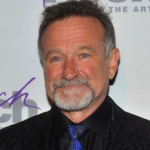 From Gossip Cop: Robin Williams is alive and well, despite a fake story which reports that Williams “fell more than 50 feet to his death in a remote area of the Hahnenkamm mountains,” while filming a movie in Austria. This rumor makes Williams the latest victim of celebrity death hoaxes spread on the internet, this one from the Global Associated News prank site. Read the story here. 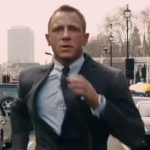 From Geekosystem: Though GossipCop has the Anchorman 2 teaser trailer, Geekosystem has an equally-buzzed about tease, for the new James Bond film Skyfall. Still led by Sam Mendes and starring Daniel Craig, the film does seem to be a departure from the previous 007 films in following the latest Hollywood cinematic trends. Reports Geekosystem, “the film will focus on a bored and depressed Bond who has to save the MI6 when something from his boss’ (Judi Dench) past returns. While the first two films of the rebooted series took a look into the personal development of the young secret agent, where this latest film will fit into the story is still a bit of a mystery. However, the stark imagery of the teaser suggests that finding out will be a helluva ride.” Watch the trailer and read more here. 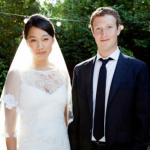 From Styleite: All the details on Priscilla Chan’s wedding dress! Big news this weekend as Mark Zuckerberg wed his longtime girlfriend in a surprise ceremony (the guests thought they were attending a graduation party). The Facebook founder, who is not usually known for his style, is now the subject of fashion critique. Zuckerberg helped design her ruby engagement ring, while the bride wore a $4,700 ivory dress from Claire Pettibone. Read about it and see more pictures here. 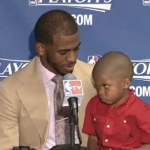 From Sportsgrid: The Cutest Moments From Chris Paul’s Son: An Adorable Playoff Retrospective. Chris Paul’s playoff run is over for the year, and his son CP3, “the sports tyke that captivated a nation by impersonating Blake Griffin at press conferences,” will be sorely missed. Photos of the cutest moments on Sportsgrid. 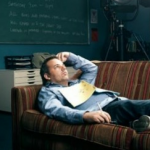 From The Mary Sue: NBC drops Dan Harmon as the showrunner of community, to the surprise of many, including Dan Harmon himself. Taking to his Tumblr in a post titled “Hey, did I miss anything?,” Dan revealed that he has been “unceremoniously fired from the show he created days after its third season finale and not long after news of its renewal.” NBC has replaced him with David Guarascio and Moses Port, and Harmon will still be called upon as a “consulting producer,” though those terms are unclear. Read the full post here. 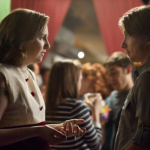 From The Jane Dough: It’s time for the weekly recap of HBO’s Girls by Sarah Devlin, who writes, “This week’s episode was credited as being written by Lena Dunham and Judd Apatow, which I think is why the writing was both tighter and a lot funnier this week (instead of the sort of cringe-inducing humor that has dominated the past few episodes). This also led to a lot of…inconsistency? I’m still asking myself what the show wants to be every week. It’s maddening, because there’s so much I like about it, and so much I — along with, I know, 0.0001% of the population — relate to, but this episode made me even more confused about how seriously I ought to take the show.” Read the review here. 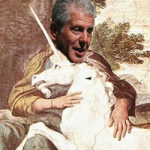 From The Braiser: Bizarre news: Anthony Bourdain admits he’d eat a human, as well as offers tips on how to cook a unicorn. If you’re curious, he said he’d eat a human if “he were stranded in a cave or on a boat and felt that his friends weren’t pulling their own weight”, and he’d cook a unicorn by roasting “the loin, grill the legs, braise the forequarter” and using “the horn to pick your teeth with after the meal.” Read the story here.