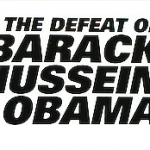 From Mediaite: The New York Times‘ Jeff Zeleny and Jim Rutenberg have uncovered the playbook for a proposed anti-Obama ad campaign that would portray the president as a “metrosexual, black Abe Lincoln,” among other unflattering images. “The world is about to see Jeremiah Wright and understand his influence on Barack Obama for the first time in a big, attention-arresting way,” the proposal notes, entitled “The Defeat of Barack Hussein Obama: The Ricketts Plan to End His Spending for Good,” concocted by veteran political consultant Fred Davis and potentially funded by TD Ameritrade founder Joe Ricketts. Read it here. 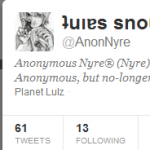 From Geekosystem: Yesterday, The Pirate Bay was suffering widespread outages that were reportedly the result of a DDoS attack from an unknown source. The whole situation was quite strange, considering the site didn’t seem to have any enemies that would resort to DDoSing. Now, the outage is over and Twitter user @AnonNyre has claimed responsibility, implying the whole thing is some kind of crusade against Anonymous. If that doesn’t quite make sense to you, don’t worry; it doesn’t quite make sense in general. Read the full post here. 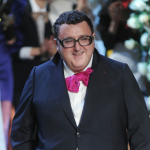 From Styleite: We think Alber Elbaz is the most adorable designer ever. He sings, he dances, and he writes books, among man other things. Just when we think he can’t get any better, he finds a way! During an interview with the New York Times at a fancy Upper East Side cafe, a fan named Ester paid his bill without him knowing. So, this happened: “But I must thank her!” Mr. Elbaz, looking crestfallen, told the waiter. One more reason to love him. Read how we went about it here. 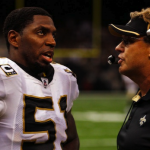 From SportsGrid: Saints linebacker Jonathan Vilma is suing NFL commissioner Roger Goodell for defamation. The complaint was filed in federal court in Louisiana, and alleges that Goodell “made public statements concerning Vilma which were false, defamatory and injurious… to Vilma’s professional and personal reputation.” Vilma was suspended for the upcoming season by Goodell, as a result of his role in the New Orleans Bountygate scandal. We are on record as saying that suspension is bullshit, but whether the public comments Goodell made regarding the suspension are enough to prove that Vilma was defamed remains to be seen. Read more on this here. 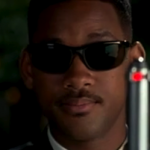 From The Mary Sue: Now, we all know that Will Smith has save the world from alien invasion with both Tommy Lee Jones and Jeff Goldblum, not to mention saving the old west from a preposterously powered giant mechanical tarantula with Kevin Kline, and we also know that those were movies. Fun movies, but fictional movies. But do his kids know that? Apparently Smith had to sit down with his son Jaden the night before an official visit to the White House, and explain to him that it would not be polite to ask President Obama about the existence of aliens. Hear him in an interview with the BBC Radio here. 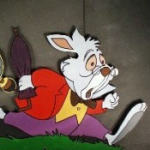 From The Jane Dough: The only thing worse than waking up late (and still exhausted) is coming to work behind schedule. Call me dramatic, but showing up after everybody else sets a person up for a so-so day and demonstrates bad form. We’ve all been there, but you don’t want to make a habit out of it. Read this post about what to do when you’re late for work. 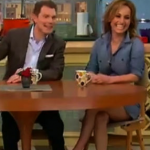 From The Braiser: Bobby Flay and Giada De Laurentiis stopped by The Rachael Ray Showtoday, but not to talk up the new season of Food Network Star or to collab on a dish with the new princess of daytime. Instead, they decided that, while they were busy conquering the world, they would try their hand at ambush makeovers! Apparently, a major point in every morning meeting at Bobby Flay’s office is the relationship status of his financial director Dana. So, Bobby thought he’d be just the best bossman if he and Giada De Laurentiis ambushed her on camera with a new look. Luckily, Dana was a good sport. Watch the clip here.