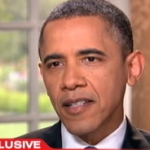 From Mediaite: On the heels of Vice President Joe Biden’s alleged rogue-going on gay marriage, and Secretary of Education Arne Duncan’s actual expression of support for marriage equality, President Obama has completed his long-awaited “evolution” on gay marriage by expressing support for marriage equality in an interview with ABC News’ Robin Roberts. Although the apparent result of intense media pressure, marriage equality advocates likely don’t care how he got here (railway, Trailways, Caravan?), just that he got here. Read the full post and watch the clip here. 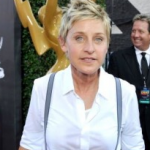 From Gossip Cop: Moments after footage was released in which President Obama said, “I think same sex couples should be able to get married,” a slew of celebrities began to share their reactions of Twitter. Ellen DeGeneres wrote, “Thank you President @BarackObama for your beautiful and brave words. I’m overwhelmed.” Neil Patrick Harris tweeted, “@BarackObama: President Obama announces his support for same-sex marriage… Bravo, Mr. President, and thank you.” Read more here. 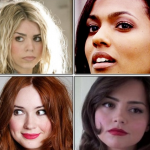 From Geekosystem: Not too long ago, we got word that Doctor Who will, par for the course, get a new companion in the upcoming season to replace Amy Pond and Rory Williams: Jenna-Louise Coleman. As you might notice, she’s quite pretty, which might also lead you think about the past companions, all of which (from the 2005 reboot series) are attractive, most of which are empirically gorgeous. With the whole hullabaloo that seems widespread on the Internet regarding the Doctor someday being played by a female, one might also run into people speculating or complaining about how most of his companions are, by and large, young, attractive females. Showrunner Steven Moffat has a pretty simple answer regarding that, and it sure makes sense. Read on here. 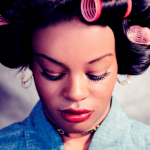 From Styleite: Azealia Banks landed a spread in the spring/summer issue of Dossier Journal, and we’re totally digging her look. In the spread styled by Moses Moreno, the songstress wears her hair in rollers, sports cobalt lace underthings, and blows smoke out of her mouth. What a badass. Check her out here. 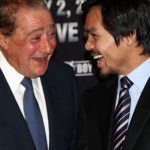 From SportsGrid: Floyd Mayweather beat Miguel Cotto over the weekend. For many, though, the most relevant aspect of the fight wasn’t that Mayweather kept his unblemished record – or even that he looked unusually vulnerable in doing so – it was that, once again, the fight was against someone who wasn’t Manny Pacquiao. Pacquiao’s promoter, Bob Arum, took some time out recently to talk about the difficulties in making the fight happen. This, in turn, gave him plenty of chances to talk trash about Mayweather, for his stances on the issue of both the fight purse and drug testing. And to sneak in a Hitler comparison. Read on here. 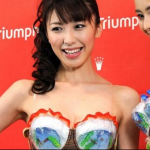 From The Mary Sue: Yes, there is more important news about President Barack Obama expressing his public support for marriage equality. But these are bras with ice in them. They are from Japan, and they were created in response to the shutdown of the country’s nuclear reactors following the Fukushima catastrophe. This means that Japanese citizens are encouraged to avoid using air conditioners. Finally — women will have a way to keep their breasts cool and nipples erect for days on end. Gentlemen, consider this a consolation prize while you sweat your balls off, because there is no such contraption for you … yet. Read the full post here. 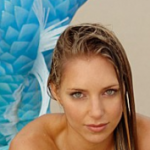 From the Jane Dough: Your childhood dream of living free-spirited Ariel’s underwater dream could become a reality…That is, if you take the same measures as Hannah Fraser, a 36-year-old self-described “professional mermaid.” Having been obsessed with mermaids her entire life, the Australian woman created a tail for herself and pursued the field of diving, among a few other jobs. The Los Angeles-based water wonder, whose life will be covered in a new documentary by filmmaker Rob Benavides, swims with whales, sharks, stingrays, and dolphins. We know, that sounds more frightening than cool, but Hannah has discovered an effective trick to keeping dangerous “Jaw”-like species away: Creeping them out with terrifying faces. Read more about her here.