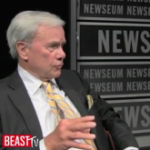 From Mediaite: Over the weekend, Tom Brokaw made some less-than-supportive comments about the White House comments about the White House Correspondents Dinner — and on Tuesday, he stood by that sentiment. Brokaw went further and added, “If you go, it’ll steal your soul.” Brokaw had originally “it’s time to rethink” the dinner: “If there’s ever an event that separates the press from the people it’s supposed to serve, symbolically, it’s that one. It is time to rethink it…” Read the full quote and post here. 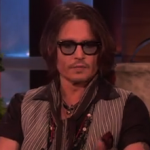 From Gossip Cop: Ellen DeGeneres welcomed Johnny Depp to her show for the very first time on Tuesday, and the Dark Shadows star made a couple of very interesting revelations. Talking about where he takes inspiration for his characters, Depp mentioned that playing Edward Scissorhands, for instance, put him in the mindset of a newborn “seeing things for the first time” and a dog demonstrating “unconditional love.” Watch videos of Depp’s interesting remarks in the interview here. 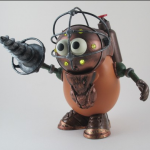 From Geekosystem: If you ever wanted to see what BioShock’s Big Daddy looked like in the form of an anthropomorphic potato, Ginger Troll has taken up the charge with this Big Daddy Mr. Potato Head. It even lights up, so check out more pictures here. 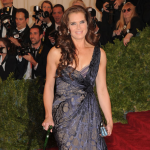 From Styleite: Brooke Shields looked pretty in a navy lace J. Mendel gown at last night’s Met Gala. But what was up with the cane? According to E!, the model and actress tore her meniscus while performing in The Addams Family on Broadway. Ouch! Shields, who plays Morticia Addams, didn’t let the injury stop her from attending the Met Gala and walked the red carpet (and those pesky stairs) with the help of a cane. Also noteworthy: she wore flip-flops! See pictures here. 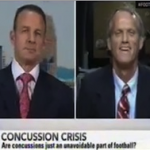 From SportsGrid: The hot-button issue of the moment is head trauma in football, and it’s being given an entire week’s worth of attention from ESPN’s Outside the Lines. Today, the issue’s polarizing nature was once again on display, causing men on TV to freak the fuck out on each other. Matt Chaney is author of Spiral of Denial, a 2009 book about performance-enhancing drugs in football — and now, apparently, a champion of the eradication of football. Merril Hoge is ESPN’s thickly-knotted factor back. When you lock the two of them in tiny, pixelated boxes, you get charges of heresy and accusations of amazing patheticness. God bless that poor man in the middle. Watch the video here. 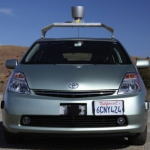 From The Mary Sue: Google has been developing a driverless car, operated by software that replicates human driving ability and judgement (hopefully not any humans from Long Island*) and is operated by Google engineers in California. The car, a Toyota Prius, is being tested in Nevada, where it — meaning, the car — has just been issued an official drivers license. The driverless car has a drivers license. A car got a drivers license before we even got to drive a flying car. Life is so unfair. Stupid science. Read the full post about it here. 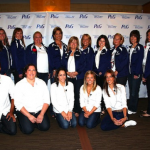 From the Jane Dough: Joy Robles was carrying groceries from her car one day when her three-year-old daughter, Sarah, offered to help. Robles handed her a 12-pack of soda.“She was a little bit off — so I handed her another 12-pack,” Robles recalled with a chuckle. And then she watched as her preschooler daughter carried a full 20 pounds of soda up a flight of steps into their mobile home. It was in that moment, she said, that Robles knew her daughter was different. Roughly two decades later Sarah lifted a whole lot more — 114 kilograms, or 251.3 pounds, to be precise. It was the lift of a lifetime, the one that netted her a place at the 2012 London Olympics. Read stories from other Olympic moms here.