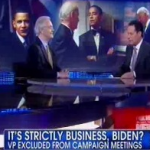 From Mediaite: New York Post columnist Michael Goodwin appeared on Fox & Friends on Monday, where he said that he expects Vice President Joe Biden to be replaced on President Barack Obama’s ticket by Sec. Hillary Clinton if the race continues to be close heading into the summer. Goodwin told Fox co-host Brian Kilmeade that “Hillary Clinton will be on the ticket and Joe Biden will be sleeping with the fishes.” Click here for the full post and video. 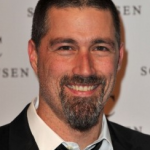 From Gossip Cop: Matthew Fox was arrested for DUI on Friday in Oregon, law enforcement sources confirm to Gossip Cop. The “Lost” star was taken into custody at approximately 3:30 a.m. and released later in the day. For the full post, visit our site here. 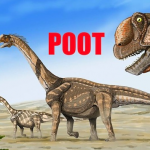 From Geekosystem: Methane is a leading greenhouse gas, and the producers of methane — including cows and other ruminants — are often singled out as a possible contributor to global climate change. However, it seems that they may not have been the first to do so. A new study published inCurrent Biology has pegged the entire output of giant sauropod dinosaurs at around 520 million tons of gas every year. Read the full story about it here. 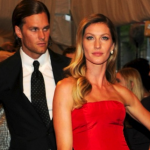 From Styleite: And the countdown begins! Tonight at 6:30PM we will all be collectively glued to our Met Gala livestreams, taking in the red carpet in outfits decidedly more comfortable (and, alas, decidedly less fabulous) than the ones we will be seeing on screen. What to expect? Well here are the dates, dresses, and tables we know of so far… 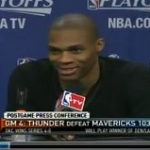 From SportsGrid: Russell Westbook will let you know if he doesn’t like your question. There were many reasons for this interview not to go especially well – contracts probably weren’t on anyone’s mind in the aftermath of an intense playoff game, Harden won’t be a free agent for another year (and even then, he’ll just be a restricted free agent), and also, Russell Westbrook is not James Harden. Still, you have to feel a little bad for the guy pretty much getting laughed out of the room as soon as Westbrook says “No more questions for you, bro,” no? Watch the video here. 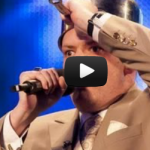 From The Mary Sue: So, this happened on British television, and we are jealous, because we’re pretty convinced that it would never make it onto American television. Martyn Crofts is a mortgage inspector who wanted to try his hand at the music business and audition on Britain’s Got Talent. He is also a Dalek impersonator, and wanted to sing Roger Miller‘s “King of the Road” as a Dalek. What ensued was a rare, unicorn-like sight: show judge Simon Cowell giggling into his hands, a few seconds before turning Mr. Crofts down. Watch the clip here. 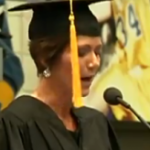 From the Jane Dough: If there’s anything to be learned from Rep. Kristi Noem’s recent completion of college, it’s that you can always pick up where you left off — and it’s never too late to hit the books. That’s what Noem, who delivered the commencement address at her own graduation ceremony over the weekend, did. After the unexpected death of her father in a farming accident in 1994, then-22-year-old Noem understandably dropped out of college. Though married already, Noem was at a loss without her father. Read the full post here.