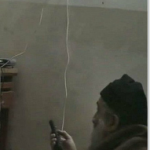 From Mediaite: In March, Al Qaeda claimed that Fox News Channel was their least-favorite news outlet, for it “falls into the abyss … and lacks objectivity,” adding that they’d like to see the network “die in her anger.” I’m surprised Fox News hasn’t made promotional commercials based on the laudable distinction of being the terrorist organization’s most-hated network. In a series of letters released today, an Al Qaeda author revealed himself to be an amateur media critic, saying that MSNBC was “neutral” before some controversial firings. Read what he said and the full post here. 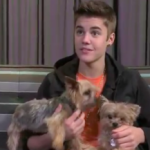 From Gossip Cop: In honor of Ryan Seacrest’s YouTube channel passing 100 million views, he and Justin Bieber (and Kathy Griffin) have collaborated on what they call the “Ultimate Viral Video.” Bieber is really the brains behind the short clip, suggesting such guaranteed Internet favorites as puppies, sneezing babies, instructional dance routines and the “cinnamon challenge.” Watch it here! 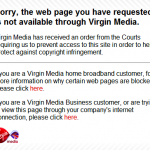 From Geekosystem: This is what the UK The Pirate Bay ban looks like. Recently, the U.K. High Court ordered that ISPs must block The Pirate Bay. Obviously, The Pirate Bay responded, offering a few easy ways to get around the ban. For those in the U.K. who didn’t wait for the ban to go into effect, or for those who have a morbid curiosity, Geekosystem reader Scott Davies sent us the above image through the tips line. This is what the Internet looks like when your ISP bans you from specific webpages. However, as one can see, Virgin Media is pretty cool about the whole thing, and makes sure the user knows the blockage was ordered by law, not by Virgin Media themselves. See the post about it here. 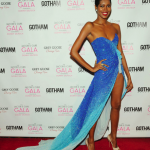 From Styleite: We totally get that Jessica White has a bangin’ bod and wants to show it off. But at last night’s gala for The Jacob’s Cure, the model showed off a bit too much.White stepped onto the red carpet in a glittering blue ombre gown with a thigh-high slit — likeseriously high. It was pretty much at the same level as her lady bits! She somehow managed to take a few photographs without flashing the world. However, she must have forgotten that things like wind exist because she accidentally showed off her black undies (bodysuit? Spanx?) as her dress billowed open. See photos here. 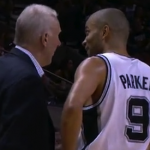 From SportsGrid: After he reluctantly accepted his coach of the year award, Gregg Popovich, normally staunch in his positions, allowed point guard Tony Parker to schmooze his way back on to the court. Although, in true Pop fashion, he quickly reaffirmed his generalship with a gruff “get back out there.” Watch the video of Parker arguing his way back in here. 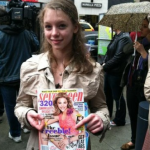 From The Mary Sue: You may have already heard about the Change.org petition 14-year-old Julia Bluhm started. She asked Seventeen Magazine to commit to “printing one unaltered — real — photo spread per month” because of how such doctored images can affect young girls. Well today, Bluhm and Change.org held a mock photo shoot in New York in a protest to encourage the magazine, and others, to get on board. Our sister site, The Jane Dough, was at the scene and got a chance to speak with Bluhm about her endeavor. Read the full post here. 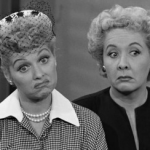 From the Jane Dough: With all the debate over privilege, race, nepotism, hipsterism and feminism in HBO’s “Girls,” it’s easy to forget there’s a sizable coalition of pearl-clutchers who are also icked out about the new HBO comu-drama. And it’s not because Lena Dunham has a famous mom or Lena Dunham’s character has a leg up in life. It’s because the girls on Girls are having the s-e-x. Read the full post about girls on film – “A Short History Of Female Whorishness in T.V. Comedy” here.