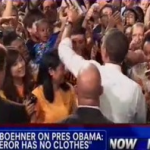 From Mediaite: Fox News Channel contributor Juan Williams appeared on America’s Newsroom on Friday where he said that President Barack Obama’s recent trips to battleground states to speak to student’s about student loan interest rates “looks purely political” and “raised eyes even among [Obama’s] supporters.” On Thursday, House Majority Leader Rep. John Boehner (R-OH) called the President’s campaign trips “pathetic.” “These are the kinds of political stunts and, frankly, they aren’t worth the—and worthy of his office,” Boehner continued. “This is the biggest job in the world, and I’ve never seen a president make it smaller.” Boehner concluded, “the emperor has no clothes.” Read the full post here. 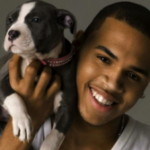 From Gossip Cop: Chris Brown is getting slammed by PETA for his alleged dog breeding business. Earlier this week, the singer’s mother tweeted, “Chris Brown Puppies For Sale,” along with a link to website titled “CB Breeds.” The site, which features a photo of Brown cuddling a pup, advertises the sale of six Pit Bull Terriers at $1,000 each. On Friday, PETA got wind of the star’s supposed side business, and issued a statement condemning Brown’s so-called dog-trade. PETA tells Gossip Cop, “There is no such thing as a responsible breeder while wonderful dogs are being put down in animal shelters across the country for lack of a good home.” Read the full post here. 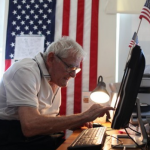 From Geekosystem: When you think of pirates and bootleggers, there’s typically two places your mind might go: Punk kids, or vast organizations of bootleggers, all with thick accents. Hyman Strachman is neither of those, instead, he is a 92-year-old World War II veteran. He is however, probably one of the worlds foremost bootleggers. For eight years, Stachman has been running a pretty impressive bootlegging operation from his apartment, copying thousands of first-run movies, and sending them to U.S. troops overseas. Hardly some punk kid. Read more about this guy here. 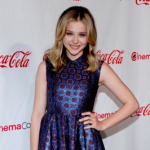 From Styleite: Last night the CinemaCon Awards were held in Las Vegas, and lots of celebs attended. Most of them (Michelle Pfeiffer, Jennifer Garner, Charlize Theron) wore pretty basic black, though Theron‘s Dion Lee number had some questionable cutouts and armband sleeves. We happen to think cool kid Chloe Moretz stole the show in cool kid label Kenzo‘s metallic blue dress with a purple print and pockets. See the slideshow of everyone she dressed better than here. 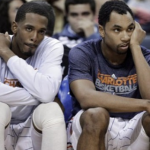 The Bobcats lost their season finale last night in Charlotte, a 104-84 stinker to the Knicks that was their 23rd consecutive defeat and gave them worst winning percentage in NBA history (.106). They are, going by that very important metric, the worst professional basketball team in history. Their fans? Not amused. Watch some videos that show their reactions here. 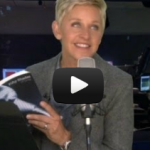 From the Jane Dough: Sandra Fluke stopped by MSNBC this afternoon to discuss the senate passage of the Violence Against Women Act reauthorization, her upcoming nuptials and a certain Fox News analyst who tweeted out a gay joke about her. It was, to say the least, a wide-ranging discussion. Read the full post about it and watch the clip here.