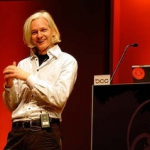 On Mediaite today: of all the accusations Julian Assange faces, this might be the most serious. A former Wikileaks employee claims that Assange’s abrasive, aggressive personality contributed to his cat’s psychosis. Are we sure that the “psychosis” isn’t just the cat being a cat? Because I don’t know if anyone else has noticed, but cats suck. Get the full post here. 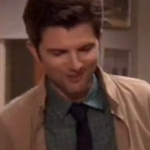 Whoops: Geekosystem reports that NBC may have made a huge blunder, posting a promo for Andy and April’s wedding on the website for “Parks and Recreation,” despite there being no current indication this season that those two characters are headed to the altar. Good work, everyone! The mistake on the site has been fixed but you can still see the leaked promo here. 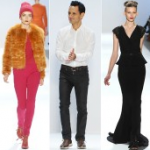 This New York Fashion Week, Styleite is paying particularly close attention to runway diversity. One of the designers who failed their test, unfortunately, is Raul Melgoza, whose Luca Luca show featured not a single non-white face. Melgoza shrugged the criticism off, saying “at the end it’s who fits the clothes best.” Harrumph! Get the full post here. 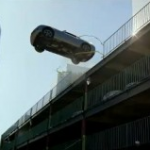 Sportsgrid reports that the most-watched Superbowl ad was not the internet-famous Darth Vader commercial, or either of Eminem’s shills for Pepsi or Chrysler, but rather the Chevy Camaro ad featuring two unseen dudes brainstorming ideas for a commercial. Hot girls and cars win again! To see the ad, click here. 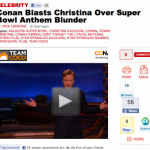 On Gossip Cop: for shame! Several media outlets fell victim to a rumor that Sarah Palin called for Christina Aguilera’s deportation after she botched the lyrics to the national anthem. The outlets that reported the silly rumors as real should have known better — if anyone is sympathetic to flubbing words in public, it’s Sarah Palin! Get the full post here.