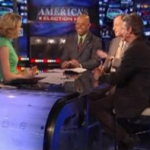 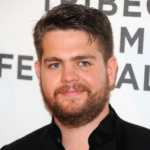 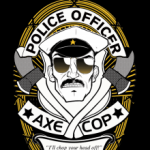 From Geekosystem: In surprising news of the day, Variety is reporting that Fox has purchased the rights to produce an animated version of the off-beat online comic Axe Cop. Starting with a batch of 15 minute shorts, the cartoons are envisioned by Adult Swim veteran and current Fox employee Nick Weidenfeld to head up a new “Animation Domination HD” primetime block. This could be great, guys. Read more about the show here. 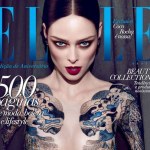 From Styleite: Coco Rocha is one of the (very, very) few supermodels who has managed to reach the top of her game without ever having posed totally (or even a little bit) nude. Until now. Sort of. Rocha fronts the May issue of Elle Brasil in a sheer dress, and while she wore a body suit underneath it during the photoshoot, the mag’s team airbrushed it out. She is not pleased. Read what she had to say about it on tumblr right here. 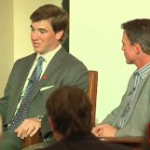 From SportsGrid: Eli Manning definitely knows he’s “the third most talked-about Quarterback in New York.” Fox News’ Shepard Smith is also a rabid Ole Miss fan, so it makes sense that he made the trip down to Oxford this past weekend when Eli Manning was honored with a charity dinner at his alma mater. Smith had a sitdown with Manning and also moderated a discussion at the dinner with Manning, Hakeem Nicks, and David Diehl, who also made the trip. Yes, Tim Tebow came up. Read the full post about it here. 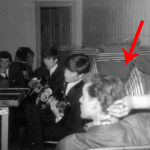 From The Mary Sue: We leave you today with something remarkable. There’s been some interesting photos of individuals from days past that resembled people living today. For instance, John Travolta looked like a time traveler thanks to this old-time photo, and people were calling Nicolas Cage a vampire because of this one. But, uncovered today is a photo that might just show Doctor Who’s Matt Smith (or the Doctor himself if you prefer) hanging out with the Beatles! Hit the jump for a bit of explanation and a reaction from showrunner Steven Moffat! 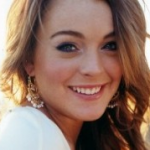 From the Jane Dough: Just when we thought the Huffington Post had the most creative invite list for this year’s White House Correspondents Dinner… Greta Van Susteren raised the bar. Because while the Huffington Post will have Sandra Fluke, Daniel Day Lewis, Senator Rand Paul and a cast of other highly random characters,Van Susteren has the Queen Bee of headline-grabbing guests: Lindsay Lohan. Read the full post here.