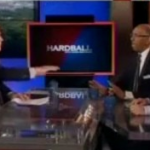 From Mediaite: During a heated exchange on Monday night’sHardball, host Chris Matthews asked how presumptive Republican nominee Mitt Romney could appeal to “flat earthers” and “birthers” in the conservative base, tossing in “the Grand Wizard crowd over there,” to the dismay of former RNC Chairman Micjael Steele, who told Matthews “I resent that. What is this ‘grand wizard’ nonsense,” adding “Are you saying that we’re the Ku Klux Klan? Give me a break. Don’t go there with me.” Read on and watch the video here. 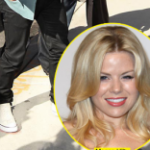 From Gossip Cop: Are Nick Jonas and “Smash” star Megan Hiltydating? That’s what sites like HollywoodLife want to know! The webloid eagerly picked up a New York Post report that claims Hilty and Jonas have been “seeing a lot of each other” ever since Jonas guest starred on the musical series. HollywoodLife says the pair enjoyed an “intimate” meal together at Cafeteria in New York. But while the Post also mentions that a source had clarified that Hilty and Jonas are “just friends,” HollywoodLife conveniently leaves that detail out of its own speculative story. Gossip Cop refutes the story. Read the full post here. 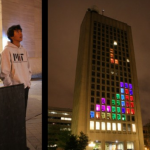 From Geekosystem: Over the weekend, a group of MIT students performed a feat that isn’t exactly unique, but generally impressive when coherently completed: They turned the outside of a building into a large game of Tetris. The students performed the feat on MIT’s Green Building, which is home to the MIT Earth and Planetary Sciences department. Players could move, rotate, and drop blocks, but there was a twist as the player progressed through the levels. Read about this large-scale game of Tetris here.

From Styleite: The fashion industry has been a longtime supporter of Barack Obama. Anna Wintour raised over $500,000 in 2011 for the President and 22 designers are participating in the Runway to Win campaign this year. Earlier this month, Beyoncé professed her love for Michelle — which, yes, is somewhat unrelated, but so cute. But how much influence does the fashion industry really have on politics? Women’s Wear Daily looked into exactly how much retailers, brand executives, and employees have donated to both the democratic and republican campaigns. Read their take and the full post here. 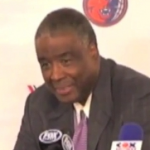 From SportsGrid: Dear Charlotte Bobcats, Please, For The Love of God, Win One More Game For this Man. Poor Paul Silas. All he wants to do is win one more game, so his team won’t go down as the worst, winning percentage-wise, in NBA history. In this post-game press conference after last night’s loss to the Kings, Silas describes what it’s like to helm a team that considers Gerald Henderson its go-to player. Read on here. 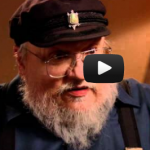 From The Mary Sue: Can you keep track of all the gods on HBO’s Game of Thrones? George R.R. Martin is here to explain the Old Gods, the New Gods, the Drowned Gods, and the Lord of Light for you just in case you can’t. And oh yeah, executive producers David Benioff and D.B. Weiss also put in a few words of wisdom. Just one note, there are a couple short clips shown in the video which haven’t happened in the series yet. Nothing spoiler-y really but you may not want to watch if you are concerned with going in fresh each episode. Though I’m betting they happen in the next episode. Watch the clip here.

From the Jane Dough: In a new documentary, Mansome, Morgan Spurlock (ofSupersize Me fame) attempts to answer a question old as time: What makes a dude a dude? Must say we’ve been curious. The comedic wonder-duo of my wildest dreams, Will Arnett and Jason Bateman, attempts to answer this through a series of interviews with the manliest of men (a group that includes Zach Galifianakis and Paul Rudd, obviously). It also covers hard-hitting, earth-shattering topics like male grooming, eyebrow waxes, back hair and… ear hair. Read the full post about it here.