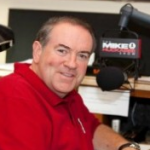 From Mediaite: Embattled rocker Ted Nugent continued his radio tour on Wednesday with an appearance on the Mike Huckabee radio show. Following the interview, Huckabee defended Nugent’s controversial comments about Democrats and President Obama, saying that they were “really not threatening at all.” The former Arkansas governor also took a swipe at the Secret Service, saying that they have their own “issues” and some agents may need “inoculation from a little Colombian Cat Scratch Fever.” See the post here. 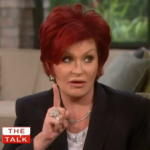 From Gossip Cop: Sharon Osbourne discussed her volatile relationship with Simon Cowell on “The Talk” on Tuesday, and offered a pretty interesting opinion on why she thinks “The X Factor” creator behaves the way he does.“I think he is a victim of small penis syndrome,” stated Osbourne, sparking a loud round of cheers from the female audience members. Watch the video here. 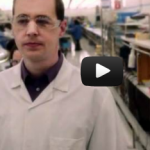 From Geekosystem: Today on the docket of generic television procedurals either trolling gamers or not knowing what they’re talking about but rolling with it anyway, we have the above scene from NCIS. Not only does it begin with some technician at a company that produces routers derogatorily using the term “dweeb” due to a character’s interest in said routers, but the clip moves toward a mention of Skyrim and “Old Republic,” calling them “dorky roleplaying games.” Best of all, the clip ends with everyone’s most hated Skyrim meme, taking an arrow to the knee. Watch it happen here. 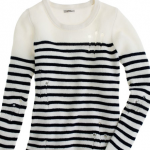 From Styleite: Yesterday, Vogue teased us with one measly photo from Joseph Altuzarra’s collaboration with J. Crew. But now photos of the full collection are here! The seven-piece collection was part of Altuzarra’s prize for winning the CFDA/Vogue Fashion Fundlast year. Runners up Pamel Love and Shane Gabier and Chris Peters from Creatures of the Wind will also debut their lines in May and June, respectively. See the slideshow of Altuzarra’s work here. 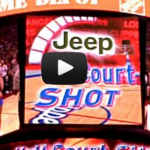 From SportsGrid: During Monday night’s Clippers game, Chance Lavitch hit a half-court shot to win a new Jeep Cherokee. Oh, and it was his 21st birthday. Oh, and he also got a hug from the cute Clippers sideline reporter. So, to recap Lavitch’s Monday night: had a birthday, can now legally drink, hit a half-court shot in front of thousands of people, won a new car, got a hug from the cute sideline reporter. Unless the Teenage Mutant Ninja Turtles showed up to this guy’s seventh birthday party at a Discovery Zone made of chocolate, this was his best one ever. Watch the birthday shot here. 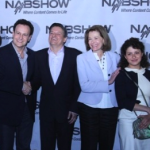 From The Mary Sue: There may be a need to set aside a significant block of time for the premiere of Arrested Development‘s new episodes — they are going to get up at you Netflix-Instant-style, all on one day. At a Netflix-sponsored event during the National Association of Broadcasters Convention in Las Vegas, the video streaming/DVD service announced, along with series creator Mitch Hurwitz, that all 10 new episodes will premiere on the same day rather than over the span of two and a half months. Woohoo! Read the full post about it here. 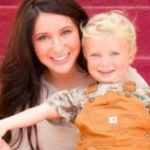 From the Jane Dough: If you thought less of “Dancing with the Stars” finalist Bristol Palin when rumors surfaced that she plans to live with her boyfriend as part of the couple’s “trial marriage,” rest assured knowing she wouldn’t move in with a man unless he were to “put a ring on it.” In her latest blog post, the 21-year-old quiets the buzz around her oh-so-scandalous personal life and states she’s living in an apartment on her parents’ property while her new place gets renovated, adding “there’s no way on earth my mom and dad would allow a guy to spend the night here with me.” Read more on Palin’s announcement of a sin-free life here.