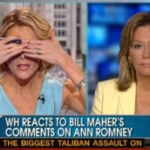 From Mediaite: On Monday’s edition of America Live, host Megyn Kelly tackled HBO host Bill Maher’srecent comments regarding “Rosen-gate” — the much-discussed remark Democratic strategist and CNN contributor Hilary Rosen had made about Ann Romney never having “worked a day in her life.” “What she meant to say, I think,” Maher told his viewers, “was that Ann Romney has never gotten her ass out of the house to work. No one’s denying that being a mother is a tough job; I remember I was a handful. Ok. But, you know, there is a big difference between being a mother and that tough job and getting your ass out the door at 7 a.m. and it’s cold… having to deal with a boss… being in a workplace where even if you’re unhappy, you can’t show it for eight hours. That is kind of a different kind of tough thing.” Read the full post about it here. 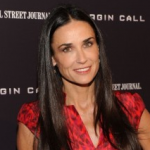 From Gossip Cop: Demi Moore is back on Twitter for the first time since her rehab stint. The actress had not posted a single tweet in more than three months before Sunday, when she tweeted a photo of herself, laying on her bed, with the word, “Testing.” She’s also still using the name “@MrsKutcher.” Read the full post about it here. 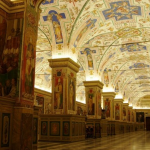 From Geekosystem: For fans of Dan Brown novels, the Vatican Libraries likely represent a treasure hoard of lost secrets. In some ways they, and the Oxford libraries, really are — at least if you’re a professional scholar. Which is why card-carrying book nerds around the world can rejoice at the news that the Biblioteca Apostolica Vaticana and the University of Oxford’s Bodleian Libraries will be digitizing portions of their collections and placing the works online. The project is expected to last for five years, and was funded by a $3.17 million cash infusion from the Polonsky Foundation. Read more about it here. 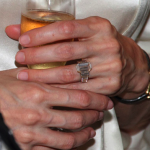 From Styleite: We have details on Angelina’s ring! Last week, it seemed like the entire world was abuzz with news of Angelina Jolie and Brad Pitt‘s engagement. Yes, seven years and six kids later, Pitt popped the question. While ring designer Robert Procop stole the pair’s thunder by announcing their engagement, details about the ring are still trickling in. Read them here. 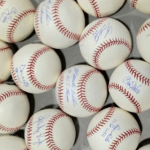 From Sportsgrid: WIN ONE OF THIRTY AUTOGRAPHED BASEBALLS.
It’s like this: to celebrate the start of the 2012 MLB season, the team here at SportsGrid has joined forces with our good friends at Steiner Sports to give away 30 (yes t-h-i-r-t-y) authentic autographed baseballs. That is one ball from each franchise signed by a current or former player: Nolan Ryan, Rollie Fingers, Tony Gwynn, Bryce Harper, Tom Glavine, and Barry Larkin… just to name a few.

If you want one, check out the contest here. 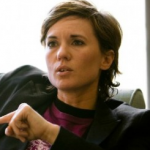 The Mary Sue reports: Everyone familiar with the movie (and the Stephen King novel) Carrie knows that the crux of the story lies in the relentless bullying of a teenage girl by her peers. And while bullying has existed since organic creatures developed the ability to judge each other, things are slightly different nowadays. People are (finally) a lot less tolerant of it, and those who try to write it all off as “kids being kids” are seen as negligent, trying to ignore a very big and enduring problem. And now, writer and director Kimberly Peirce, who is remaking Carrie, will try to keep the anti-bullying message alive. Read what she has to say about it here. 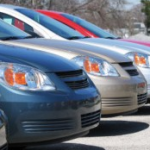 From the Jane Dough: Tomorrow is National Equal Pay Day! In addition to being a super sexy sounding holiday, obviously, the day marks how far into 2012 the average woman would have to work to earn as much as her male counterpart earned in 2011. That’s right, we’re all stuck in last year mode, financially speaking. While we know all of you regularly liven up your weekly cocktail banter with red-hot factoids on gender pay inequity (No? That’s just me?), we have a few more tidbits to help put this issue in perspective. Read on here.