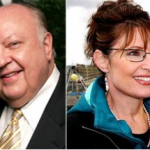 From Mediaite: Ahead of her Fox News special Paying at the Pump, Sarah Palin gave an interview to Breitbart.com. Discussing various aspects of energy policies, Palin’s final question was about the network’s boss Roger Ailes — and her response wasn’t exactly glowing. Read the full post and her response here. 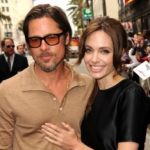 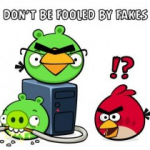 From Geekosystem: Fans of the Angry Birds shooting-exploding-fowl-at-pigs games should be wary of a nefarious impostor making its way around Android phones. Dressed up to look like the latest Angry Birds Space game, a malicious version of the software is available throughunofficial app marketplaces. Once installed, it will load up your phone with more nasty code and even rope it into a smartphone botnet. Just goes to show you that it pays to buy the genuine article. Read the full post about it here. 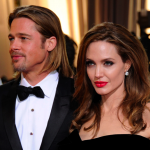 Styleite reports on Angelina’s brand new rock. Today The Hollywood Reporter spoke to the ring’s designer Robert Procop, who confirmed it is indeed an engagement ring and that it was designed by Pitt: “Brad had a specific vision for this ring, which he realized over a yearlong collaboration. He wanted every aspect of it to be perfect, so I was able to locate a diamond of the finest quality and cut it to an exact custom size and shape to suit Angelina’s hand. Brad was always heavily involved, overseeing every aspect of the creative design evolution. The side diamonds are specially cut to encircle her finger. Each diamond is of the highest gem quality.” For the full post, read here. 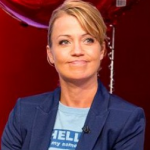 From SportsGrid: On Monday, Michelle Beadle can officially talk to other networks about leaving ESPN. Her contract with the network expires on May 31st, but from April 15th until that expiration date she has an open window in which to entertain other offers. And there will certainly be other offers. CBS has a new 24-hour sports network, and already proved they’re willing to outspend ESPN when they signed away Jim Rome. Expect an overture from them. NBC Sports has had slow ratings out the gate, but the acquisition of Beadle would give them a much-needed injection of youth. Expect major interest from those folks. Read the full post about it here. 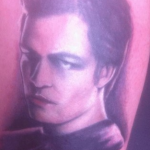 From The Mary Sue: Okay, so, as the resident heavily-tattooed lady at The Mary Sue (Jill sports a couple, I sport over 20), stories about geek tattoos elicit all kinds of reactions from me. Oftentimes, my reaction is joyous, because there is nothing more beautiful than waving one’s geek flag in the form of a gorgeous, well-thought-out work of body art. However this story did not make me feel joy. It made me feel annoyed. At a wasted opportunity. And at carelessness. Tattoos are a commitment, and this person got the tattoo above, of Edward Cullen from Twilight, while blindfolded, on a bet. Wonder what he won. Better have been good. Read on here. 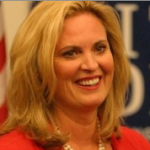 From the Jane Dough: By now, you’ve read all about political consultant Hilary Rosen’s comment that Ann Romney “has actually never worked a day in her life,” but you probably haven’t heard Ann’s childhood nanny weigh in on the matter yet. If you’ve been anxiously waiting for this mystery woman’s take on Ann’s childhood (*yawn*), Current TV has you covered. During a phone call with the network, “Juanita,” a woman who claims to have taken care of Ann’s “wealthy” family when the prospective first lady was a little girl, said it’s true that the Michigan native has never worked. Frankly, we don’t care. Read the full post here.