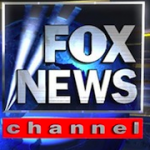 From Mediaite: Fox News Spokesperson Tells Mediaite: “We Found The Mole.”  So, when we asked readers how long it would take for Fox News to find the mole that Gawker had in their midst, did anyone put money down on “24 hours”? If so, it would appear that you just won the jackpot. A Fox News spokesperson revealed to Mediaite that they have already discovered the mole’s identity.Here is the brief statement from the spokesperson: “We found the person and we’re exploring legal options at this time.” For the full post, read on here. 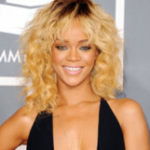 From Gossip Cop: Is Rihanna studying Kabbalah with Ashton Kutcher? Apparently yes, according to Star, which claims Rihanna is “getting spiritual guidance” from Ashton Kutcher. The magazine claims Kutcher is “encouraging her to study Kabbalah,” and that Rihanna is quite the eager student. According to a “source” for the tabloid, “Rihanna is so interested in Ashton’s beliefs that she has arranged sessions with his rabbi.” Ah, so when is this alleged tutorial going to take place? Never, says Gossip Cop. Read it here. 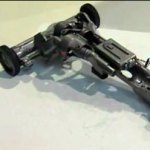 From Geekosystem: As you may know, Dyson prides itself on makings some really serious vacuums. As such, its vacuums takes some really serious components and are made by some really serious engineers. Of course, you can’t be making vacuums all the time, so Dyson’s 650 U.K. engineers decided to have a little fun and use some spare vacuum parts to build mini DIY drag racers. The results were pretty impressive. Read the full post and see pictures here. 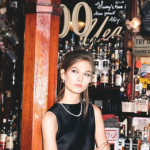 From Styleite: Because we know you want to see it – a slideshow: A Week In The Life Of Karlie Kloss. In Paris, being a model, wearing beautiful clothes, brushing her teeth. See the photos here. 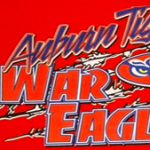 From SportsGrid: Guy Chants “War Eagle” At Whataburger, Gets Punched In The Face. Twice. In the future, everyone who likes to frequent fast food restaurants in Oskaloosa County should be careful about declaring their college sports allegiances too loudly. The Northwest Florida Daily News published a strange story about a fight that broke out at a Whataburger (incidentally, their headline is one of the greatest of all time: “Man Chants In Line At Whataburger, Gets Punched By Strangers.” Read the full post here. 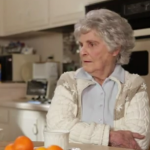 From The Mary Sue: Elderly Women on the Internet for KRAFT. Meet Frankie and Dottie! They are the new spokespersons for KRAFT as they begin their campaign to spread the joy and goodness of their classic Mac & Cheese. And if you thought you were scared of your parents texting, wait until you hear this: KRAFT will be handing all of their social media — YouTube, Twitter, and Facebook — over to this macaroni-loving duo, who say they’ve been enjoying the very product they’re advertising for the past 75 years. See? This is what loyalty gets you. Read the full post here. 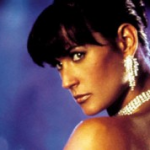 From the Jane Dough: The economic downturn has affected virtually ever career imaginable. That much is obvious. But a new study shows it’s also affecting how club owners hire female exotic dancers. Namely, they’re not interested in exotic dancers who can actually dance. The study, the result of a nearly-200-lap-dancer survey in the U.K., is apparently “the largest research project of its kind into the strip club industry in the U.K.,” according to the Yorkshire Evening Post. A 200-person survey is reallythe best we can do? This is kind of sad. But wait, it gets worse. Read on here.