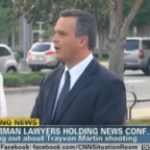 From Mediaite: George Zimmerman’s lawyers withdraw as counsel after losing contact with him. On Tuesday afternoon, Craig Sonner and Hal Uhrig, attorneys for Zimmerman, held a press conference to announce they are withdrawing as his counsel after “losing contact” with their client. They noted that they still consider his actions the night of Trayvon Martin‘s death to have been in self-defense. The two attorneys shared that they last spoke with their client on Sunday and have since “lost contact” with him after daily contact, adding that, if Zimmerman would like to retain them as counsel, he knows where to reach them. For the full post, read here. 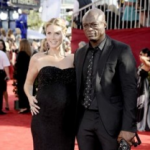 From Gossip Cop: Seal has filed papers in response to Heidi Klum’s divorce petition — and it looks like a battle over the former couple’s assets is looming. When Klum petitioned for divorce last Friday, it was believed the soon-to-be exes would not be fighting over assets thanks to an earlier financial agreement that listed no joint assets. But in Seal’s documents, the singer refers to “community and quasi-community” items, and the postnuptial deal is absent. Moreover, Seal is requesting joint physical custody of their four children. Klum wants primary custody. For the full post and details, read here. 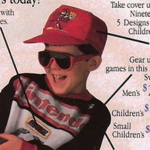 From Geekosystem: You’ve got all the games, for every system. You can draw the maps for Zelda dungeons from memory. You wore a Power Glove to your wedding. You’re a Nintendo nerd, or at least you think you are. I hate to pop your bubble, but unless you’ve got the numerous items in thisNintendo apparel ad from 1994, you’re nothing. See the ad and the full post here. 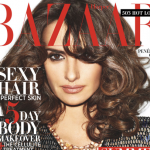 From Styleite: Like any actress worth her salt (or with a brain cell), Penelope Cruz cites Meryl Streep as her professional idol. And in the upcoming May issue of Harper’s Bazaar, Cruz reveals that though the two have never worked together, she and Streep once got a lot closer than most female co-stars. She posed topless for her! Read the full post and see pictures here. 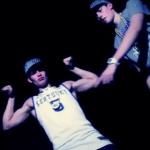 From SportsGrid: Kentucky basketball players’ winning chant – recorded and published online – can lead to no good. The music is a karaoke version of Akon’s “Soul Survivor” and all of the players’ Twitter handles are listed at the end, presumably so that fans have somewhere to send their “Cool video, bro!” accolades. And their band name is “White Boy Academy.” But…all these guys had to do was get their championship rings and then brag about them to their friends, significant others, children and grandchildren for the next fifty years. Making a fake music video (especially one that doesn’t have enough, um, ironic distance to seem all that self-aware) just opens these kids up to a lot of easily avoidable ridicule. Watch it here and decide for yourself. 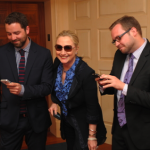 From The Mary Sue: Whoa, whoa, WHOA. You guys, you know that time we told you  about the new Tumblr taking the internets by storm, Texts From Hillary?  You’re never going to believe who found out about it: Hillary Clinton. I mean, it’s not impossible to think that this would completely elude a person who is the Secretary of State, as well as a former First Lady of the United States, who is currently working for the most social media-savvy president who ever presidented. But when she goes ahead and makes her own entry for the site? How do we handle how cool this is? Look at her entry here. 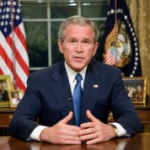 From the Jane Dough: He may had held office for eight years, but former President George W. Bush isn’t longing for the good old White House days (maybe because there weren’t any?) During a Tuesday morning appearance at a conference on tax policies, the proud Texan reportedly said “I really don’t” when asked whether he missed being president. Those who share the sentiment could react with annoyance that he didn’t demonstrate more pride in his work and his supporters could feel betrayed. Either way, a remark like this does nothing for anyone. W. was, however, irked at having to wait at all the traffic lights on the way to the event, so he’d appreciate being able to bypass those again: “[I]t was really inconvenient having to stop at stop lights [on the way to Tuesday’s conference]. I guess I miss that.” Read the full post here.