From Mediaite: George Zimmerman, the man who shot Florida teenager Trayvon Martin, is finally breaking his silence. The website “TheRealGeorgeZimmerman.com” went live today with what alleged to be a personal statement from Zimmerman and a request for donations to pay his lawyers. The website appears to be incomplete, however, as it only a few minute ago acquired an American flag background and boasts links titled “My Race” and “The Facts” that don’t work. For the full post, read here. 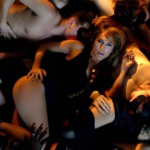 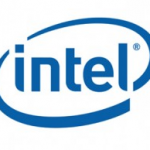 From Geekosystem: There are a lot of expensive things out there, but information can be one of the priciest. If you were going to rob Intel, one way to go about it would be to try and make off with bags full of chips, or you could be like ex-Intel engineer Biswamohan Pani and take some documents worth somewhere between 200 and 400 million dollars. Why? To advance his career at AMD. But for documents worth that much, Pani will get nothing but some jail time. For the full post, read here. 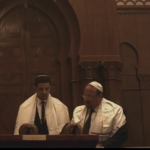 From Styleite: Consider this a Passover gift. Over the weekend, while we ate matzah at our seder, Drake‘s video for “HYFR” made its way across the interwebs. In the clip, Drake gets re-Bar Mitzvahed, and there is just a whole lot to love. Like what, you ask? Like little Drake saying “mazel tov”, little Drake Bar Mitzvah dancing, big Drake reading from the Torah, big Drake being lifted in a chair during the Hora, the shots of lox and bagels, the bottles of Manischewitz, and the dude in the JCC athletics tee. Also, Lil Wayne seems to be an excellent Bar Mitzvah guest. For the full post, click here. 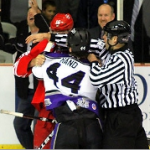 From SportsGrid: Seeing a fight at a hockey game is like seeing a dunk at a basketball game — commonplace, expected, and usually hoped for. Well, two hockey players know what we like, and wanted to give it to us as soon as possible. So they started punching each other before the game even started, during the pre-game ceremonies. How considerate of them to cut right to the chase! See the video and read the full post here. 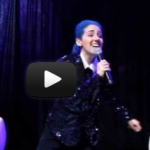 From The Mary Sue: Well, this is just about the most fun you’ll have all day, if you like your Hunger Games parodies LOUD! On top, by sisters Hilly and Hannah Hindi (aka Hillywood), is a rare look at Caesar Flickerman’s point of view on the games — and if he was also a woman in drag. Imagine if Lady Gaga was given an assignment to come up with such a scenario, and then she handed it off to Maya Rudolph to perform it. And after the jump, Saturday Night Live did a Hunger Games sketch this weekend! You’ll want to watch both, we’re giving you fair warning. Watch it here. 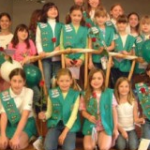 From the Jane Dough: Girl Scout life just isn’t what it used to be. Nearly two months ago, Indiana Rep. Bob Morris accused the team-building organization of being “radicalized” and promoting “homosexuality,” a Girl Scout in Houston recently punched a man who stole $200 from her (don’t mess with Texas, right?), and now Alaska lawmaker Wes Keller, who represents former state governor Sarah Palin’s hometown Wasilla, just blocked a Girl Scout Resolution due to its ties to Planned Parenthood. For the full post, read here.