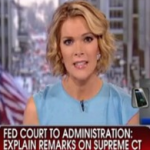 Mediate reports: On Wednesday, radio host Mark Levin appeared on Fox News Channel’s America Live with Megyn Kelly to discuss President Obama’s comments on Monday about the Supreme Court warning against judicial activism while the court considers the constitutionality of the Affordable Care Act.“I want to start with the unusualness of the President of the United States commenting on pending litigation in the way that he has both on Monday and on Tuesday,” said Kelly. “Your thoughts on why he’s doing that?” To read on, visit the full post here. 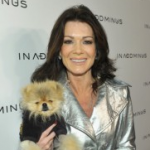 From Gossip Cop: Lisa Vanderpump is getting a new show. The “Real Housewives of Beverly Hills” personality is set to star in “SUR,” about her restaurant and lounge, Bravo announced on Wednesday.“SUR” follows Vanderpump, her staff and the inner workings of the hot Hollywood venue.Vanderpump will still be on “Real Housewives” when it returns for its third season. For more, read here . 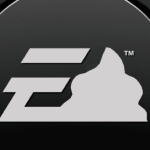 From Geekosystem: The consumers have spoken. Electronic Arts, better known by its nickname EA, is the Consumerist’s Worst Company in America for 2012, as voted by users. For those of you who are familiar with EA, this probably isn’t a huge surprise, EA’s Origin platform is widely considered to be garbage, their DLC policies seem pretty greedy, and there are more customer support horror stories than you could ever care to hear. All that aside, EA makes video games, yet still beat out companies like Facebook, Apple, and in the final showdown, Bank of America, companies that stand accused of stealing your personal information, utilizing large amounts of sweatshop labor, and stealing your money or even your home, respectively. How could EA compete with that? For the full post, read on here. 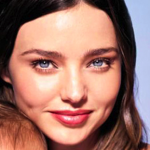 From Styleite: Miranda Kerr and 15-month-old Flynn cover the latest issue of WHO, Australia’s answer to People. But it’s not just any ol’ cover, it’s the cover for the “Most Beautiful People 2012″ issue. But of course. And her baby is beautiful too. Oh, and she’s married to Orlando Bloom. For the full post and picture, click here. 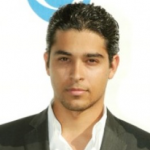 From SportsGrid: A pictureshow, depicting Wilmer Valderrama – the greatest stealth pimp of our time. This, despite the fact that Wilmer’s favorite thing (besides dating young, beautiful actresses) is apparently telling Howard Stern about all the sex he has with them. Do none of these girls have a good friend who can secretly delete his number from their phones? Or access to the internet? Be careful out there, Minka Kelly (current flame). Read the full post and see the pictures here. 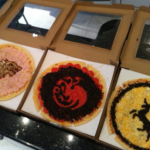 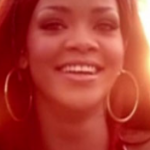 From The Jane Dough: I feel for Rihanna, not just because she was once a victim of an abusive relationship, but because the media refuses to let her forget about it or put the past behind her. Three years ago, the Barbadian singer made headlines when then-boyfriend Chris Brown beat her until she was visibly injured. Rihanna ended the relationship and got a restraining order, but through no choice of her own, was the face of domestic violence and abusive relationships for a long time. And it continues. For the full post, read here.