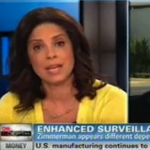 From Mediaite: Soledad O’Brien tangled with George ZImmerman friend Frank Taaffe over the alleged injuries Trayvon Martin‘s shooter received during the life-and-death scuffle. O’Brien asked him about the new video footage and why there was an absence of a band-aid. “Soledad, it’s clear that there are welts or gashes on the back of his head,” Taafee contended. “One thing I would like to bring up is EMTs administered first aid at the scene, which was our residence. Therefore, when he was in care, custody and control of the Sanford Police Department, they ensured his care through the efforts of the Seminole County emergency services. That’s why you don’t see him like he came out of a 12-round fight like Rocky Balboa against Apollo Creed.” For the full post, read here. 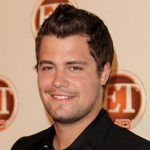 From Gossip Cop: Levi Johnston who rose to fame as ex-fiancee Bristol Palin’s impregnator, impregnator, is now expecting a baby with his girlfriend Sunny Oglesby. A rep for the Alaskan tabloid figure confirmed the news on Tuesday. The couple has been dating since December 2010. For the full post, click here. 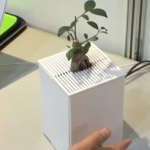 From Geekosystem: We live in a particularly interactive age. Sometimes it seems like you’re hard-pressed to find a thing that isn’t interactive in one respect or another without locking yourself in a closet and sitting among the shoes in the fetal position. If researchers at Keio University in Japan have their way, yet another thing will be pulled into the wide world of interactivity: Plants. Interactive plants, which seem to serve little purpose beyond being interactive, are designed to react to and convey emotions. How? Basically, by turning into puppets. Read the full post here. 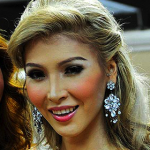 From Styleite: Last month, 23-year-old Jenna Talackova was disqualified from entering Miss Universe Canada after it was revealed that she was born a male and had undergone gender reassignment four years ago. Now, the Associated Press is reporting that the Miss Universe Organization might reverse the decision and allow Talackova to enter the pageant in May. For details read here. 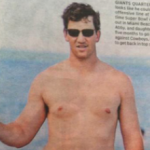 From SportsGrid: Several months ago I “collaborated” on a story for SportsGrid called “Ladies, Who Would You Rather: Eli Manning Or Tom Brady?” I took the pro-Eli position for reasons that I think still hold up today. However. These photos are causing some problems for me. To see them and read on click here. 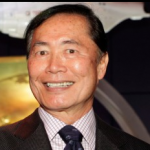 From The Mary Sue: Besides the fact alone that it was a great movie with a great cast and a great story, one of the things that gave J.J. Abrams‘ Star Trek that extra dose of credibility was the appearance of the original Mr. Spock, Leonard Nimoy, reprising his role from the original series. Now that Abrams is working on its sequel, fans have been wondering if a similar storyline will be involved and we’ll see another cameo from another cast member from the original series. But the original Sulu, George Takei, doesn’t seem to think this is the case, saying that there has been a “policy decision” not to do that anymore. Read about it here. 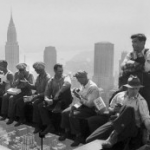 From The Jane Dough: An unbalanced economic recovery? You bet. Turns out men are still outpacing women when it comes to job growth (by a long shot).Late last month we argued that men will continue to dominate the jobs recovery. And, yep, it’s pretty much working out that way. While male-dominated fields were hit hard in 2008, they’ve snapped up the majority of jobs in the post-recession era. And a new report today shows that this trend is far from slowing down. Super. Read more about this here.